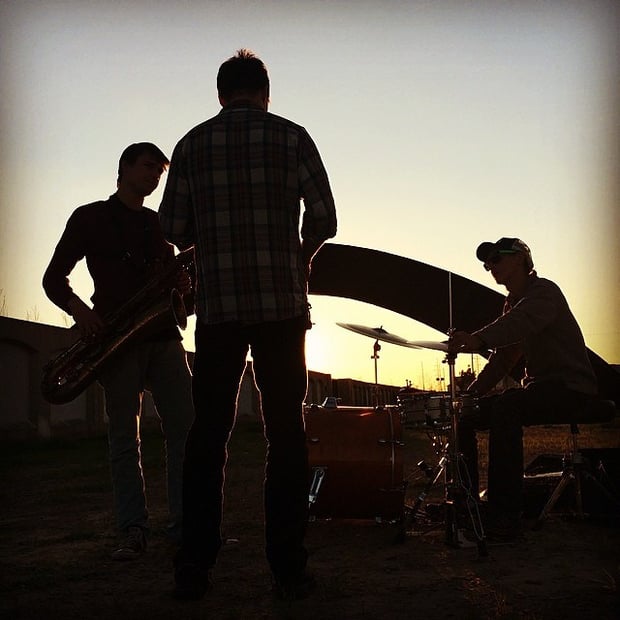 You’ve been chased out of one space after another, and the only rehearsal spot that will have you charges $50 per night. To make matters worse, you’ve got to haul your gear up to the fifth floor in that sketchy freight elevator and you’re using a good portion of your paid time setting up and breaking down. It’s time to brainstorm some new options for rehearsal spaces, or you’re going to turn into a jam band by default because you haven’t worked out any material. For you, the homeless bands who’ve run out of places to play, we offer a few ideas and suggestions from others who’ve been where you are.

These self-storage places (really just one-story buildings made out of garages) might sound like bizarre places to play music, but they have a few points in their favor. They’re usually in industrial districts where nobody will be annoyed by loud noises. They almost never have anyone living upstairs from them. They’re easy to load in and out of. And many of them are owned by upstart business owners, not large corporations. Small business people are always looking for creative ways to make money, and if they have empty garages, they aren’t making any money.

Reach out to a couple local storage moguls and see if they’d be willing to rent you one of their vacant spaces by the hour. And of course, check to make sure there’s electricity available. You might have to bring a long extension cord, but that beats rehearsing on the street.

Cold weather? No problem. Draw straws and have a band member show up early and get a space heater running. That, plus warm amplifier tubes and sweaty bandmates, will warm up a small room in a hurry, even if it’s below freezing outside.

2. Stores and warehouses after hours

For this option, you’ll need to have a friend who’s in business. It doesn’t matter what business; your friend simply needs to have control of a space that’s vacant after closing and doesn’t have an apartment the next floor up.

Ben, a punk rock singer from Missouri, offers an example: "My friend’s father owned a vending-machine distributor. I had known the family since middle school, so I got my friend to convince her dad to let us practice at the warehouse. We played surrounded by stacks of soda cases and cases of candy."

Of course, warehouse acoustics aren’t the best. Retail stores are a lot better. The only ingredients needed here are a friend in business and a trusting relationship. One goofball band member leaving their trash in the space or carting off company property and it’s over, so people need to be responsible.

Who comes out to all your shows? How well do you know your fans? Chances are, some of your friends have become your fans and vice versa. When you’re playing a show, you’ve got a great opportunity to chat with people and see if anyone wants to help you out.

"We knew this guy who was also a musician. He liked our band, so he would let us practice in his house for $20," says Sal, a drummer from upstate New York. "Sometimes he’d go out for coffee while we played, but a lot of the time he’d just hang out and enjoy our music." This is a win-win situation: your band gets a place to play, and one lucky fan gets a few dollars and a sneak preview of all your new songs.

Believe it or not, many cities and towns have buildings set aside for whoever might need them with various rooms, studios, and workshops that are available for free, cheap, or in return for some form of volunteer work. Sometimes these are collective spaces operated by some kind of nonprofit collaborative. People in city government will know where to find these spaces, as will anyone involved in an arts endowment or grant program. If you’re lucky, there might be recording studio spaces available so you can record your practice sessions. Isn’t it amazing when folks actually try to help local artists?

If anyone in your band has graduated high school or gone to college, you probably have access to facilities you haven’t thought about. You don’t need to be a student to practice in one of these rooms; you just need somebody in authority to key you in, probably a favorite teacher who’s happy to see you’re still doing music.

Any of these options could give you an escape route from the hassle and expense of for-profit rehearsal spaces and keep you out of the dodgy neighborhoods in which they always seem to reside.