Ask a Music Journalist: How to Handle Being Misrepresented or Misquoted 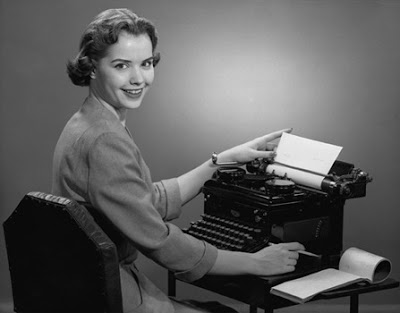 Journalists are not out to get you. Also, most of us don't use typewriters anymore. (Image via Photodisc)

In a perfect journalistic world, distortions and fallacies would never be published; unfortunately, they sometimes are. Music journalism is just as susceptible to erroneous stories as hard news. Here’s what to do if it happens to you.

I can really only speak for myself, but I feel confident that, in general, misrepresentation is usually a misunderstanding. It is rarely malicious. In most cases, we’re writing about your band because we like your band – not because we’re out to get you.

Additionally, every studied journalist has had ethics so thoroughly drilled into his or her brain in college that it’s almost impossible for him or her not to abide by those rules. Accidents do happen, though. We’re only human. Consider that before succumbing to outrage.

If you feel you’ve been misquoted, you should reach out to whoever wrote the piece and let him or her know. Email or call, if you can. If the interview was set up through public relations, tell them what happened and have them contact the writer immediately. In most cases, the writer will issue a retraction or edit the story.

But what if the issue is one of context? Did the story take an angle that makes you seem like something you’re not? Explain that to the writer and, just as with being misquoted, ask for an edit.

Do not blast the writer on social media

Publicly denouncing the story is a big mistake. It causes a lot of stress for everyone involved – the writer, the outlet, and even your fans, who might not like seeing you in a rage. As a result, it’ll cause more stress for you, too. This type of response is on par with setting fire to your apartment because your toilet broke and your landlord hasn’t returned your calls. Reach out, then wait to hear back before you do anything else.

What if the writer disagrees with you?

If you feel you’ve been misquoted, ask the writer if you can hear the interview, because he or she likely recorded it. This doesn’t exactly mesh with what journalists learned in all those ethics classes, but, if all else fails, it’s worth asking.

Concerning the issue of context and angles that you don’t like, it is the writer’s prerogative to use facts (and interviews, if applicable) to build the story he or she wants. There is a difference between libel (printed defamation) and simply not liking the theme of the piece.

If all attempts to find common ground with the writer fail and you’re really sure you’ve been misrepresented, contact the editor. And, of course, there is always the option of legal action. That should be your last resort, though; evaluate the situation against all the trouble it will cause everyone involved before deciding to go forward.

It should go without saying that you should not say anything in an interview that you are not prepared to see published. That includes bad-mouthing former bandmates, talking negatively about a city in which you played, and divulging your deepest, darkest secrets. Once you’re on the record, the writer can pretty much do whatever he or she wants with the interview.

Clarify questions and ask about context. Make sure you’re understood. You have room to elaborate in an interview, and you can even ask about the angle of the piece. It’s a conversation, not a questionnaire.