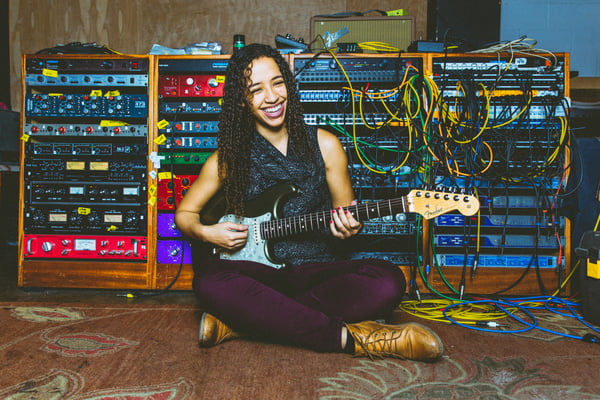 Crafting a bio that will pique the interest of every writer who reads it is impossible. There's no way to achieve universal appeal; the relationship between press-seeking bands and music writers is just too subjective. But there are clear commonalities in the bios that do attract attention – as well as recurring issues in the ones that don't.

I checked out about 20 Sonicbids artists who've played in the New York City area recently to pinpoint some of those positive characteristics. But before we get into the good, here are the top ways that bios drove me to look elsewhere:

Again, there's no way to write a bio that successfully implores every single writer who sees it to check out your tunes. However, if you cover all your bases in a way that's clear yet creative, you'll at least have a chance of luring us in.

Check out these three bios I found that I think are best poised to earn the interest of a writer who covers like-minded music. None of them are flawless – but they're pretty damn close.

(Note: In case you're wondering, I have no preexisting relationship with any of these musicians. I chose to feature them purely based on the quality of the bios provided in their Sonicbids EPKs.)

It is legend that a blistering Jackie Venson guitar solo knocked Pluto straight out of planetary existence.

Venson’s "…astonishing mix of raw soul, superb musicianship and laid back grace…" (Austin American Statesman, June 2014) has been compared to the likes of Joss Stone, Amy Winehouse and fellow Austin native Gary Clark, Jr. Originally a classical pianist, Jackie picked up the guitar, shortly after graduating from Berklee College of Music, and made the giant leap from the tradition of classical music to the raw and gritty blues.

Enthralled with music since the age of 8, this young singer/songwriter/musician instantly captures your attention with a vibrant musical soul and passionate control of her instruments, that reach far beyond her tender age. As she mindfully blends Blues, Rock, R&B, Soul and more, with her introspective lyrics, the message is clear. When you’re listening to Jackie you hear the "Truth in Music."

In recognition of her dedication to her craft, Bestfan.com said "Venson is no dilettante, wannabe performer, however a real staple of what a musician can achieve when they put in their 10,000 hours for both musical schooling, and late night pub sessions for practical honing."

Her live performances revisits what makes music so powerful: emotion and passion. She thrives without the flash, instead favoring a clean sound, genuine soul, and meaningful connection with her audience. Music is not only what Venson does – but also defines who she is and reminds her where she wants to be: performing.

Having finished her second tour of Europe and the recent declaration of "Jackie Venson Day" (May 21st) in the "Live Music Capital of the World" Austin, TX, there’s no doubt she has every reason to lead the way with the trademark smile that accompanies her magnificent musicianship.

The first sentence is an attention-grabber: It positions Jackie Venson as an established legend. That's an ambitious claim, but because of the jokey implausibility of the description, we don't take it too literally – it just makes us want to know more.

Venson's bio employs accolades from the press to describe her sound, a nice alternative to simply listing quotes from writers with their corresponding publications. There's also plenty of her own (or her publicist's) words to relate her sound, story, and even live performance style, too. The final section leaves us in the present – what she's just wrapped up (a tour and a pretty stellar award), as well as what's next for the Austin artist.

Asheville, North Carolina's River Whyless is a band much like that titular body of water – a mingling of currents, a flow of time and physical space, all brought together in a murmuring sense of purpose. It is the expression of a group of musicians, three of which are songwriters, who have played together in various forms since their college days in the North Carolina mountains. Their forthcoming EP, their first release since their 2012 debut album, is the next evolution of the band's collective voice.

Composed of Ryan O'Keefe (guitars, vocals), Halli Anderson (violin, vocals), Alex McWalters (drums, percussion) and Daniel Shearin (bass, vocals, harmonium, cello, banjo), the band found themselves at a bit of a crossroads when preparing music for a new release. "Sometimes each songwriter really differs quite a bit from the other," said O'Keefe. "We had to figure out how to incorporate everyone's writing style into a cohesive idea. These were the five songs where we could find that common thread."

After the "long and arduous, DIY" process of recording their first album over a period of many months back in 2011, the band elected to decamp to Louisville, Kentucky's La La Land Studio to work with Kevin Ratterman (Andrew Bird, My Morning Jacket, Ben Sollee) on their new recordings. "We like to get out of town when we write and record. Putting our minds and bodies in a creative place tends to yield the most honest results. In an atmosphere like La La Land you can eat, sleep and breathe the music you're working on without the distractions of everyday life. I enjoy that," added O'Keefe. "We recorded mostly live with just a few overdubs. Kevin likes to move at a good clip in order to capture that magical, synchronistic moment. He also records to tape and uses all this great gear. Tracking this way was new and exciting to us and, I think it shows in the songs." Recording this way captured the chemistry and intuitive bonds of long-time collaborators hitting their stride. As a band who has toured heavily over the years, it reflects River Whyless as a cohesive unit, where each member anticipates the other's move, and effortlessly complements it. The new EP was recorded and mixed in just four days. "I'm more proud of these songs than any others we've recorded," glowed O'Keefe. And it's easy to see why.

The machinery-like percussion that leads track four, "Miles of Skyline," is interwoven with clock-like guitar patterns alongside Shearin's lead vocals. The weeping guitar of "Fine Companion" underpins the stridently hopeful lyrics. "Maple Sap" builds on its multiple metaphors of firewood and sap to ask universal questions we grapple with in stillness with ourselves. "Bath Salt" has a loping rhythm that showcases Anderson's voice finding a mark between Sandy Denny's ethereal plea and Crystal Gayle's country swoon. The English trad-folk sounds are the band's obvious touchstones, putting them in a category similar to contemporaries like Fleet Foxes and Stornoway.

All the info boxes are checked in this bio for River Whyless. Right away, we learn where they're from, what they sound like, when their debut album was released (with a loose indication of how long they've been playing) and that a new EP is on the way.

Following that, the band members and their instruments are listed, and we get some quotes that put that forthcoming release into context. Then we're taken back to the first recording; it's compared to the new one, which is presented with telling details (the producer on board, how the studio affected the process).

The band's extensive touring history gets a mention, but the focus is steady on the current promotional push. And even though River Whyless' bio is chock-full of details, it doesn't sacrifice style. The writing is just flowery enough that it's interesting; creative personifications like "machinery-like percussion" and "clock-like guitar patterns" make for accurate yet intriguing descriptions of the band's sound.

A soft tour-de-force, her vocalizations, ingenuity with looping techniques, and completely refreshing take on the often blasé instrument, the ukulele, is pushing this Experimental-Folk musician to create some of the most forward-thinking music of her generation. JoJo Worthington is a Canadian artist hailing from Waterloo, Ontario, creating soundscapes wherever she goes. With haunting choral loops, orchestral ukulele riffs, and striking spacey vocals, JoJo draws the onlookers in, slowly and with complete control. With a nod to influences of the present, St. Vincent, Grimes, Alt-J, S. Carey, and others, she finds a beautiful, swelling sound completely her own; a rare find in a sea of ukulele-based music.

Worthington’s latest work, "7" released in January 2015, is a full musical to say the least. This eleven-track album includes a whirlwind of sounds coming at you in all different directions, each song different from the next, creating a beautiful potpourri of brightly coloured, strange and varied sounds and influences.

"Worthington’s voice is indelible, now familiar to the listener and reassuring to his/her ears, it guides the head through all encompassing instrumental swells and strong group vocals to a soft conclusion." – The Scene Magazine.

Growing up in a musical family, JoJo became obsessed with music at a very young age by first being influenced by classical music. Many singing lessons and musicals later, JoJo began writing songs on guitar in bands and other ensembles. But decided at sixteen she wanted to go solo, this time with the ukulele. With now over 10 years of performance experience, JoJo has performed extensively throughout Canada and has had the privilege of collaborating and performing with other artists such as: James Hill, The Grapes of Wrath, Steve Poltz, Craig Cardiff, The Great Lake Swimmers, Jacob Moon, Ariana Gillis, Calum Graham, Jake Robertson, Ambre McLean, The Vaudevillian and more.

What sold me about this Canadian artist's bio is probably obvious to you: it's emphasizing her unique take on ukulele-based music. (You should consider that as advice to figure out your own interesting angle, then lead with that.)

Once she's likened to other artists not even remotely associated with that instrument, I'm compelled to find out how that's even possible, and I head straight for her SoundCloud – before even finishing the paragraph.

Her latest release is the next talking point, then we're thrown some superb pull quotes from the press. We're given background information after that; we find out she's been playing practically all her life and began focusing on her chosen instrument at 16. We also learn approximately how long ago that was, and who she's toured with since, giving us the remaining bit to complete our understanding of the career level Worthington has reached.