Ask a Publicist: 5 Ways to Tell a Compelling Story in Your Bio 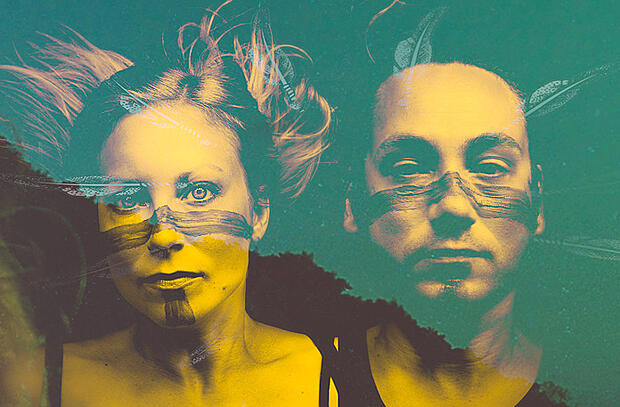 If you've ever attempted to write your own band bio, you know how difficult it can be to be objective and also create something that would be interesting to the reader. A few weeks back, I posted the article "6 Components of a Great Bio" and emphasized the importance of knowing your own story, which is how you differentiate yourself from other bands and stand out from the crowd.

So how do you get to that juicy center? How do you figure out exactly which story to tell that will engage the reader, but is still true to you?

1. Start with the basics

What inspires you? How did you come up with your band name? Who are you influenced by and why? Do your surroundings inspire you, and if so, how?

2. Get specific and tell anecdotes

Were you inspired by a specific event when you started your band or wrote and recorded your album? For instance, Rahim Quazi was inspired by ghosts, both living and dead, when he wrote his current album. The story of hearing a woman scream in what he reluctantly called "a haunted house" was intertwined in both his life philosophy as well as his music, which allowed both his music and story to come to life.

At Green Light Go Music PR, the surveys we create for our clients to determine their story angles have over 40 questions, including many of the basic ones mentioned above. Here, I'll look for a central theme that seems to keep coming up throughout their responses. For instance, when we wrote the Moonbabies bio, I noticed the term "color" came up in many of their responses. I wanted to tie in the importance of their music feeling colorful and vibrant with the overall story, which was feeling as if they lost their way during a seven-year hiatus and then finding home again. In this case, we used the metaphor of Dorothy and the Wizard of Oz to connect the two ideas.

4. Connect the story to your music

Neil Holyoak is a great storyteller by nature, and although I typically recommend against a first-person bio, he does it so well. He places the reader directly in his setting so they can see, taste, and feel it. His story captures the feel of who he is as a person and how his experiences inform his songwriting by evoking his inspiration from the great outdoors and the open road, youthful energy, and the journey to find himself. All of this engages with a reader who would be drawn to those same things. The music perfectly matches the story. By giving the journalist the backstory, he or she will be more inclined to listen to the music with a deeper appreciation.

I'll also look at areas where there's more to the story, but the band seems to be holding back a bit. This is typically where I can find that juicy center. I'll then ask the band to elaborate on a specific angle while looking at ways we can convey what's still true to what they're comfortable telling.

For instance, as I mentioned, it had been seven years since Moonbabies had released any music, and we knew there was a story to tell. We dug deeper and discovered all the steps along the way from struggling with success while staying true to themselves, and striving for that place that felt true again to them. It was all those missing stories in between that gave depth to the band, story, and music.

If you're struggling to find your story, look at one of the points above that speaks to you. Write out those anecdotes that are true to only you to give yourself a starting point to write your own compelling story.