Before You Even Think About Crowdfunding an Album, Read This 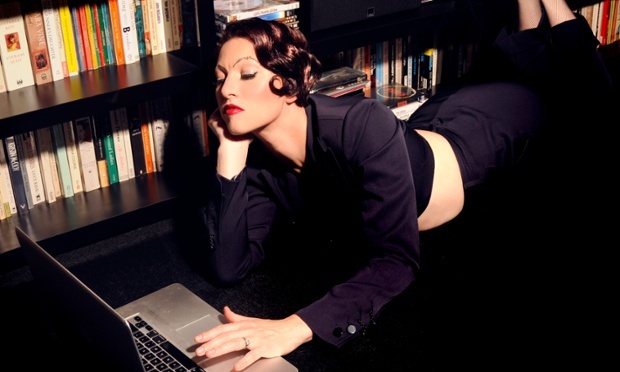 We couldn't possibly talk about the downside of crowdfunding without bringing up Amanda Palmer's controversial campaign somehow. Which side were you on? (Image via theguardian.com)

Asking people to shell out money to support your musical endeavors can be problematic. The most common type of those campaigns seems to be funding for an album, and the honest truth is that not every band or artist should be asking.

That may sound harsh, but have you seen the featured campaigns on popular platforms like Kickstarter or Indiegogo? Some of them have the potential to be hugely impactful, like funding for natural disaster relief, a safe-ride system for college campuses, educational programs in underdeveloped countries, and other civic-minded or charitable projects. And no doubt you've seen a campaign to offset medical costs and living expenses as someone recovers from a serious injury or illness. In light of all that, the $5,000 you're asking for professional studio time seems pretty presumptuous, no?

It's not that I'm completely against crowdfunding an album. Offering rewards commensurate to the money donated can help make it worthwhile for fans, and there are bands and artists who do truly need help realizing goals. But if you're aiming too high – for example, two weeks in a pro studio without having conquered your city's venue circuit – you might look like a lazy bunch of brats undeserving of the thousands of dollars you're requesting.

Before you even consider crowdfunding, read a few bits of advice below. I hope this guidance will give you the perspective needed to make the right choice for your band.

What is your fundraising goal – and why?

If you're a relatively new band seeking thousands of dollars for a top-of-the-line recording session, please reconsider. While the quality of sound is important, what matters most are the songs themselves.

You should put in several years of honing your craft and have earned a decent following before you're ready for that, and even then, most bands don't need to record in a big-time studio with big-name producers and engineers. Creating a DIY recording studio at home or working with an up-and-coming engineer who caters to independent bands are both realistic options for tight budgets and, considering the technology available, will probably still get you the sound you're looking for.

Try raising money on your own first

Isn't it a bit unfair to ask for money from fans when you don't plan to contribute any of your own? If you've worked to save money for your project – how much? How long have you been at it? Three shows' worth of funds may not be enough, and that's okay. Saving money takes time. Keep at it.

Here are three of the most common ways to raise money:

If you decide to crowdfund, make it worthwhile and set a reasonable goal

It really is ridiculous for an up-and-coming band to believe they need a big-shot setup to record their album. There are studios for every budget these days. And, again, it's the songs themselves that truly matter. If your tunes are duds, even the most revered studios can't help you.

Onto the rewards: make 'em good. Donations that equal the retail cost of the album should come with a physical copy of the album at the very least. A download code in exchange for a $10 pledge isn't enough. Consider including perks like early access to the music, credits in the liner notes, posters, T-shirts, and guest list spots or tickets to shows to help ensure the rewards are on par with the contribution. Avoid things that might come off a bit pompous, like a date with a band member or backstage access at a local bar show. (Unless you're, like, kinda famous. And if that's the case – why are you crowdfunding again?)

We all have dreams, you guys. And that's why you should first work hard to realize yours on your own before asking other people for help.

If you know you're ready to start a crowdfunding campaign for your music, make sure you're aware of the real cost and how to budget accordingly.