How to Book Career-Building Shows: What Many Bands Don't Understand 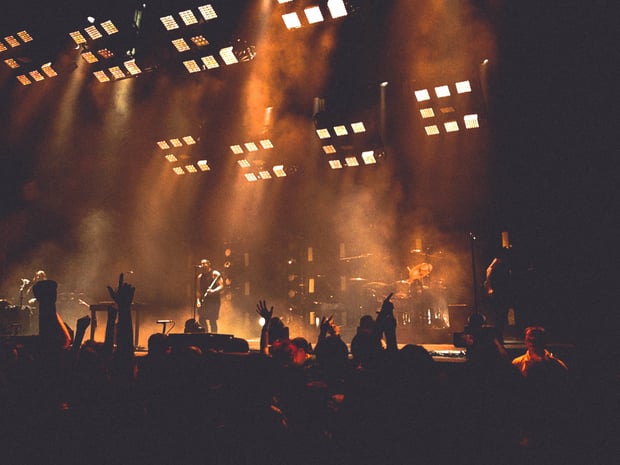 Photo by Paweł Bukowski via unsplash.com

One of the most important things I’ve been learning as an independent artist is the difference between opportunities and good opportunities. When you’re an independent, you can’t really afford to waste time playing shows that aren’t doing something for you, and to me this boils down to focusing on one thing: playing career-building shows.

A great career-building show has:

This generally means opening slots. For us, realizing that we shouldn’t be headlining our tours yet was huge. It may seem obvious, but we’re really not very famous and are really better suited to an opening slot. Headlining tours sound cool, but when there are only 20 people in the room, they don’t feel very cool. We started booking opening slots for local bands as much as we could, and then we worked the crowd and made them our fans.

2. The attention of the right people

Playing showcases and industry events can be super valuable if you can get the right people to come. The only way to make these really count is to put in the time before the event and email a bunch of the industry pros in attendance beforehand. Sometimes, at conferences, there can be literally hundreds of bands. If you can make some sort of connection before the event, you’ve got a huge step up on the rest of the crowd.

For me, what it boiled down to was realizing that certain places and certain people matter more to your career than others. For example, we used to play a lot of smaller towns on weekends, because it paid well and there were always lots of people there.

So get out, and play shows (opening slots, showcases, etc.) in an important city, and watch your career grow. Because in those cities, are people who could actually, genuinely influence your career.

Why many artists wait to tour

Many independent artists will simply avoid touring until they have a full tour of career-building shows lined up. If you’re booking your own shows, you’re probably making five to 15 fans per show. (Being realistic, not pessimistic.) That’s great, but it takes a long time to build up a grassroots following that way, and the road is long and hard. It’s not for everybody.

Waiting until you have a full-support tour lined up is an absolutely valid strategy, simply because it puts you in front of way more people, and it looks way better from an image perspective. I’m not saying touring is bad – in fact, I’m a big advocate for it – but there’s a way to do it more efficiently.

A tough reality that I faced when making the conscious decision to focus on career-building shows was the fact that we would make less money. Generally, the whole reason we would play a show that wasn’t career-building was to make more money. We could do an opening slot for $50 and beer or play a small-town bar for $400. The choice was clear... kind of.

Now we realize that the opening slot is a better long-term investment, and that that $400 is still going to be there next weekend. The truth is, sometimes you need to play just for the money. And that’s fine, but never forget that if all you do is play for the money, that’s probably all you’ll ever do.

It may sound like I’m a big bummer about shows in small markets or similar. The truth is, I love playing those shows, and above all else, I love playing. So I still play some of those same gigs, but my band works hard to make each one count. We get as many people as possible on our mailing list, liking us on Facebook, following us, and buying our merch, because those fans are sometimes the best ones. The fans in the smaller markets are often the ones engaging with us on social media, voting in contests, etc. So they’re important, too.

What this all boils down to is recognizing opportunities and deciding whether or not they’re good opportunities. What are they going to do for you? Make that call, and then make some great music.