The New Wave of Corporate Sponsorships: Is It Still Considered 'Selling Out'? 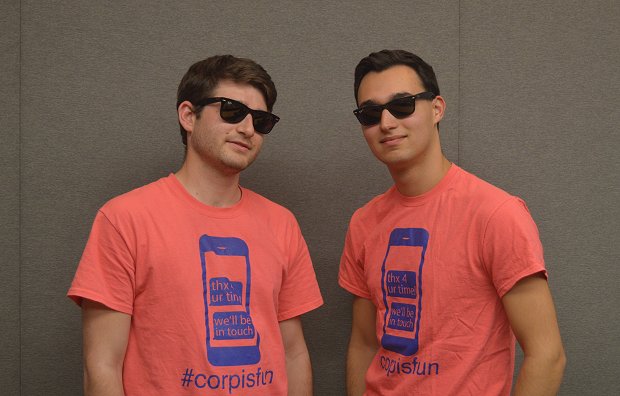 The fact of the matter is, it's hard to make it as a musician in this day and age, especially as an independent one, so artists have to take every chance they get. That being said, understanding the financial and moral implications of such a deal can be tricky, so let's take a careful look into the history and nature of the beast.

For years, these types of deals were the domain of major companies like Coke, which has worked with diverse acts and projects ranging from American Idol to Taio Cruz to Styx. This, I think, is part of what established the idea of a band "selling out" when they accepted corporate aid. Their music would immediately be associated with disposable and passionless pop. However, in more recent years, companies like Jagermeister, Scion AV, and Jack Daniels have commenced helping underground or even unsigned bands fund their rock 'n' roll dreams. Given how much these underground bands rely on their "street cred," it's interesting to see that this new world of sponsorships has suddenly been made cool.

What's in it for the corporations?

Part of this is because many of these new sponsorships involve the company asking nothing of the artist other than brand association. Meanwhile, the companies in question pour thousands of dollars into the bands they support. For example, Scion AV will produce vinyl and other merchandise for bands and give all proceeds to their groups while taking the entire financial hit. They only profit in the long run off of brand recognition. A typical event, like their 2011 showcase at the Roxy Theatre in Hollywood, reportedly cost $10,000 and resulted in no net profit for the company, yet apparently it was worth it since the company continues to put on hundreds of events like these.

[How to Strike a Sponsorship Deal]

The brands here seek to sell themselves as a lifestyle. For example, RockStar Energy Drink's annual (and now defunct) Mayhem Festival saw the company pitching to aging millennials who sought to relive their glory days. Meanwhile, alcohol companies that sponsor artists seem to be trying to create an inextricable link between alcohol and music by having trendsetting musicians support their drinks. One of the most crucial developments of the last few years was pointed out by an AG Denim spokesperson who said, "At SXSW, musicians were setting fashion trends that celebrities will soon adopt." In other words, now that we have almost unlimited access to our favorite artists around the clock, they've taken precedence over bona fide celebrities and become the trendsetters they have for so long sought to be.

Are you "selling out" if you sign a sponsorship deal?

But now we need to look at this from the perspective of the artist. What's the morality behind this sort of deal? In an interview I conducted with the band Elder earlier this year, frontman Nick Disalvo said, "You sell a little bit of your soul, and yet, it helps you continue doing music." Other bands on a similar level to Elder have gladly accepted aid because it's meant that they've been able to rent cars for their next tour, and maybe even sleep in a hotel or two. It seems to have been reduced to a personal choice – but one the band must have an informed opinion about if they want their work to remain valid.

Personally, I think that nowadays it makes sense to have a corporate sponsorship. In many ways, there's a historical precedent for the modern music industry – and that would be the classical music world when, like today, only live music mattered. In the 17th and 18th centuries, musicians were often sponsored by enterprising nobles who wished to better their reputations. This was simply a reflection of what musicians had to do to exist professionally at that time. And guess what – that era led to some truly great art! If it worked hundreds of years ago, then perhaps musicians really can produce significant work, even under a corporate umbrella.

After all, what are record labels other than corporations that exist to sell music? In fact, because of the one-sided nature of many of these corporate deals, one could make the argument that corporate sponsorships are better than record labels. After all, they provide a similar level of artistic freedom, and the corporations are more willing to absorb losses than any record label would be. At the same time, perhaps it's too late for corporations to bounce back from the stigma against "selling out." Rock 'n' roll has a long anti-corporate tradition that would be hard to circumvent. But who knows? Millennials' memories are short – this could very well be the next step forward.

[How to Find the Right Sponsor for Your Band]

At the end of the day, no one can truly determine the fate of the music industry, tumultuous as it is. However, the one trend that has guided the music industry throughout the ages is that musicians will go where the money is, and that great art will come out of that. Be it the church in the Renaissance era, patrons in the 17th through 19th centuries, or record labels in the 20th, support structures have always formed to help artists come forward and share their work with the world. Sure, artists may resist for now, but in the end, I get the feeling that corporate sponsorships will guide music through the 21st century.

But you never know. As Nick DiSalvo said in the same interview, "We would have had a record with Scion on the cover, and that's lame as shit!"

Would you ever partner with a mega-corp like Scion or Coke? Let us know in the comments!

Matt Bacon (nee Razat) is a music journalist who has written for publications like Ultimate Guitar, WTF magazine, and Vandala magazine, as well as his personal blog, Two Guys Metal Reviews. Matt is also a promoter at IMP. He has interviewed some of the most influential musicians of the 21st Century, including Ace Frehley of KISS.