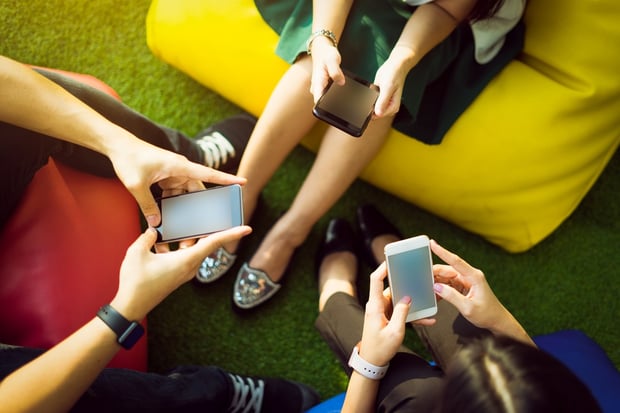 In the past, I've written about the wonderful benefits of pre-scheduling posts for social media, which allows you to dedicate a certain period of time to all things internet and then move onto other things (like, you know, making actual music). Sites like Twitter and Facebook are wonderful for keeping fans up to date with what’s happening in your life and forging real relationships with them, but you can’t spend all your time looking at nothing but social media, can you?

One thing I haven’t touched on (until now) is pre-scheduling Instagram posts, which is a bit trickier than for other sites. For a long time, the Facebook-owned photo-sharing platform didn’t allow any scheduling from third-party apps or companies, and it is still incredibly tough to make it work, so there are only one or two choices where that’s even possible.

As Instagram becomes more and more popular, it's necessary for you to make sure you’re on top of your feed at all times and that you don’t miss a beat. Before you know it, a few days have gone by and you haven’t posted anything, and that’s no good in today’s all-social-all-the-time world.

Below are four companies that offer pre-scheduling tools for Instagram. Read through them to see which one might be a fit for you and your musical career, and pretty soon, you’ll see just how easy it can be to stay on top of the image you present to the world.

It’s a great option when it comes to Twitter and Facebook, so why not Instagram? For some time, Hootsuite wasn’t the best choice for managing Instagram posts, but the social media giant has upped its game and included the photo-focused channel in its offerings. You can now schedule when you want your latest eye-catching image to post, though you’ll need to make sure your push notifications are enabled, because you still have to actually authorize the image to go up at the time you specified.

Hootsuite is perhaps the best option for musicians, as many are only operating one or two accounts at a time. While the company sells itself as a great choice for social-marketing agencies who may be in charge of dozens of different highly trafficked IG accounts, you don’t need to worry about that. Hootsuite will probably give you everything you need to be ahead of the game on all of your social profiles, so check this one out first.

Later seems to be just like many other Instagram-scheduling products in that it will probably serve you and your needs just fine, but what I found particularly interesting is the inclusion of what’s called Linkin.bio. That addition allows you to make your images shoppable, which should be music to the ears of any musician trying to make a living from his or her art. Want to post a picture of a new vinyl release or perhaps a just-designed T-shirt? Awesome! Shoppable images will let your fans know what’s available in your online store, and with Later, you can actually allow them to order right from Instagram.

You may not see an enormous uptick in sales, but any additional purchases you can claim are all big wins for you. Now, that special feature doesn’t kick in until you opt for the $19-per-month plan, but if you try out the free tier and like what you see, it’s not difficult to imagine that you’ll be able to make it financially worthwhile if you upgrade.

If you’re a big Instagram user (and I’m not talking glancing at the app several times a day, but someone who is working on many different pages at the same time, all of which require quite a few posts and some serious planning), then OnlyPult may be something you should check out. It allows you to keep track of more than just one or two IG accounts without having to toggle back and forth between them, logging in and out all the time, and it appears to upload right away, so no need for push notifications... though that one feature seems a bit odd, as many others don’t include it.

Sadly, OnlyPult begins at just under $9 per month, so don’t start with this one unless it’s really going to make your life much easier. If you’re in several bands, or you’re operating a handful of accounts, this may be worth at least testing.

While it’s the most expensive choice on this list — the company charges not only per Instagram profile you add to your account, but that price goes up incrementally based on how many followers each profile has — there are some ways that ScheduGram is pretty great. Sure, the $20-per-month base cost is rough on the wallet (and it quickly goes up from there), but this is perhaps the lowest-tech option, and that’s to your benefit.

Instead of forcing you to watch for push notifications in order to actually see your images post, as is the case for many other schedulers, ScheduGram has a room full of phones (yes, actual phones) somewhere, and they hit upload at the exact correct time, which ensures that all goes as you would like it to. You need to edit, write a caption, send it on its way, and never think about it again, which is pretty great for the busy social icon on the rise.

Next up: The Essential Guide to Instagram for Bands