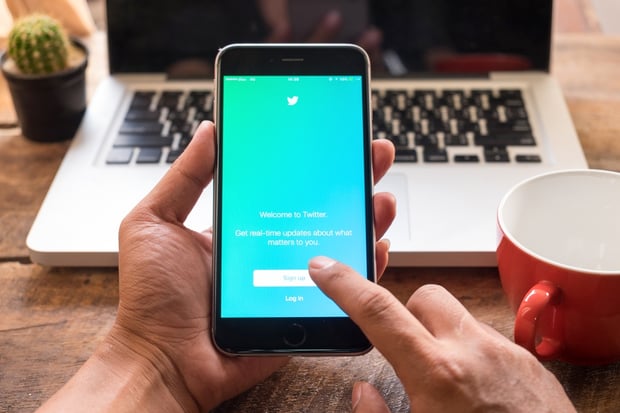 As I’ve mentioned time and time again, pre-planning your social media posts is one of the best things you can do to make your life easier as a musician, especially while on the road. You need to keep up your presence on social channels, with Twitter being the toughest to work on constantly, and thus, the platform that’s best served by those programs that allow you to schedule missives to send while you’re busy thinking about other things.

But, what does one pre-plan? What types of content can be written days, weeks, or even months before they go live? There’s a lot more than you probably realized that make sense for this purpose. Here are five examples of what you should be scheduling on Twitter ahead of time.

This is probably the best and easiest use of pre-planning and the one that you should absolutely be doing before anything else. Touring is time intensive and difficult enough as it is, so you should do everything possible before you head out on the road to make your life more simple.

In addition to announcing your dates at some point when you reveal the tour, you should be constantly updating your fans about new details. Everybody needs reminders – and often more than one – so keep in mind that you’ll be scheduling a lot about your shows, and that’s just fine. Those following you probably won’t mind, and it will benefit you.

Remind those fans in specific cities that you’ll be in their town playing as tickets become available, and then a few times after that. You could nudge them again when it’s a week out, two days out, or even a few hours before the actual show. Also, if tickets are running low, letting everybody know can be a great way to ensure that those final few passes move.

You spent a lot of time, energy, and money on your music videos, so you should absolutely be sharing them more than once! On top of sending out links to your fans when the clip is first made available, there is no shame in posting these works of art again and again, as long as you do it well.

Don’t just lazily reshare the link, but spice it up and make it fun with what you say and how you say it. "I always loved this one," "I can’t believe it’s been a year since this dropped!" or, "Have you watched the video for X yet?" are all good examples of ways you can share the same content you’ve been posting for months, all while making it feel appropriate. Don’t do it too often (use your best judgment) and you’ll be fine.

Keeping these to Thursday and using the hashtag #TBT is great, but if you put in the effort, you can make these work anytime. Old photos, videos (see above), songs...anything works as long as you word it correctly. It's not always what you’re sharing, but what you say along with it.

People might not read the same article or book several times, but who really minds looking at a photo they’ve seen before for a brief moment, especially when it still gets them to feel something? If you make the experience of seeing the photo or watching the video new and worthwhile, you’ll be rewarded by the views and interactions you’re looking for.

[Set It and Forget It: 5 Tools That Help You Automate Your Band's Social Media Posts]

Merchandise is an important way of making money as a musician, but that doesn’t mean you shouldn’t refuse to put your wares on sale. People love a good deal, and if you price things correctly, you might end up selling more product than you would have at full price.

[How to Price Your Band Merch: A Simple 4-Step Guide]

Feel free to pre-plan sales while you’ll be busy touring or recording. Set up discounts on your online store, and then schedule quite a few posts on Twitter about it, reminding people very often about the deals they can get if they act quickly. Make an initial announcement, and then remind them several times before the items are gone or as the sale is coming to an end. This is a great way to bring in some extra cash and move merch that is either almost gone as it is or that needs to ship to make room for new designs.

This may not sound specific, but that’s kind of the point. If you’re looking to fill your social media calendar before you take to the road, there are an unlimited number of things you can put on Twitter that will fit, but that don’t need to be written and posted by you in the moment.

Is there a song you love from another band, perhaps one you’re playing a show with? How about a quote from a famous musician? A great piece of photography or a painting? There are so many photos, videos, GIFs, and so on that make sense and belong on social media, and you can create a huge collection of them and share them whenever you have a gap that needs to be filled. Just remember to space these types of posts out and justify them by explaining why you're sharing them in the first place – make sure that everybody knows this quote, photograph, or song isn’t yours, but rather your sharing it is an attempt to let people know more about you.