Get the Guitar Sound You Want: Cheat Sheet for Delay and Reverb Effects 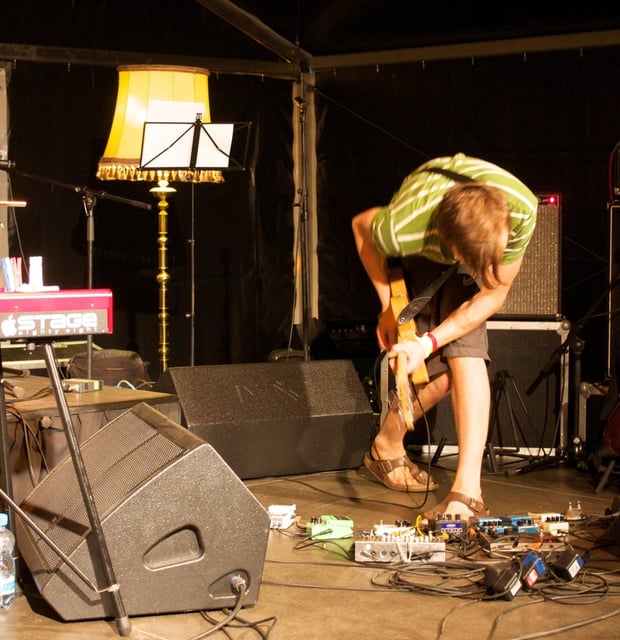 Delay and reverb are often regarded as some of the most important effects for a guitarist both onstage and in the studio. They're so important, in fact, that they were some of the first effects to be digitally created and can be found today in almost any musical situation. These effects work together to give your sound body and context amongst the rest of the music that's happening. Because delay and reverb are such crucial components in both live and recorded sound, it's important to have a decent understanding of what they are and how they work.

Here are a few different ways you can utilize delay:

The slapback sound is a fairly classic application of delay, particularly within blues, country, and rockabilly styles of playing. For this sound, you want a very fast set delay (100–140ms is pretty typical), ideally set to a time that's faster than your eighth note pulse to keep it out of the way of what you’re playing. Your feedback should be turned all the way down, so that you're only getting one, maybe two repeats. The mix for a good slapback delay can be set fairly high, at or very close to the level of your dry signal.

A good ambient delay sound adds dimension to music without distracting from what is being played. The delay time for ambient delays is often a bit on the longer side, and usually does not have any sort of set relationship with the tempo of what is being played. A happy medium amount of feedback should be dialed in according to personal preference, but should be set high enough that one does not notice the repetitions ending too early on, while low enough so that the delay doesn’t overwhelm itself in a feedback loop. The mix should be set a bit on the lower side, as opposed to that of a slapback or rhythmically aligned delay.

Eric Johnson utilizes a subtle ambient delay sound for his performance of "Cliffs of Dover."

Many delay units have either a tap-tempo button included, or they have an optional input for an external tap-tempo unit. This feature is extremely useful for music where the delay is in time with the tempo of the song, creating additional rhythmic pulses within the music. Delays that include a tap-tempo option will typically allow you to set the delay time to a note value. Quarter-note delay time will replicate exactly whatever tempo you tap into the unit, while syncopated delay times, such as dotted-quarter or triplet values, will have more of that staggered delay rhythm popularized by players like the Edge of U2.

"Where the Streets Have No Name" is a classic use of tap-tempo delay.

Some delays have two outputs that allow for stereo effects within your delays. These effects require you to play with two amplifiers, but they allow you to enhance the sense of space your delay gives. This can either be achieved by stereo modulation within a single delay or delay settings that send different repetitions to your left and right channels. Stereo delay effects are arguably more practical for recording applications than they are for live performance, since setting up left and right amplifiers for stereo effects onstage can be quite a cumbersome task that many smaller venues aren’t necessarily accommodating of.

Many effects units, such as the Boss DD-7, are capable of stereo delay effects.

Reverb is the acoustic environment in which a sound exists. It's the most common effect to appear in music. This is because reverb is actually naturally occurring, so when we hear something that is lacking reverb, that sound tends to hit our ears in an unexpected way. In most situations, it's going to be the last effect in your signal chain.

Reverb exists in many different forms:

Spring reverb refers to the reverb sound achieved in many amplifiers with a set of springs.

Chris Omalley demonstrates the sound of a spring reverb.

Plate reverb refers to the reverb sound achieved in studios by running a signal through what can literally be described as a giant metal plate.

Paul Riario demonstrates the "Church of St. Paul" toneprint for the Hall of Fame reverb pedal.

Gated reverb was popularized in the '80s by musician/producer Phil Collins, and refers to reverb that's cut short by a noise gate.

"In the Air Tonight" by Phil Collins is a classic demonstration of the gated reverb sound.

Reverse reverb is an interesting effect achieved in studios by reversing an audio signal, applying reverb to that signal, and then reversing the effected signal. The result is a reverb that precedes and crescendos up to the dry signal.

A tutorial on creating reverse reverb in FL Studio.

Modulated reverb refers to reverb that includes some sort of (often pitch-based) modulation that's totally independent of the dry signal.