Should You Record Your First Demo at Home or in a Studio? A Look at the Pros and Cons 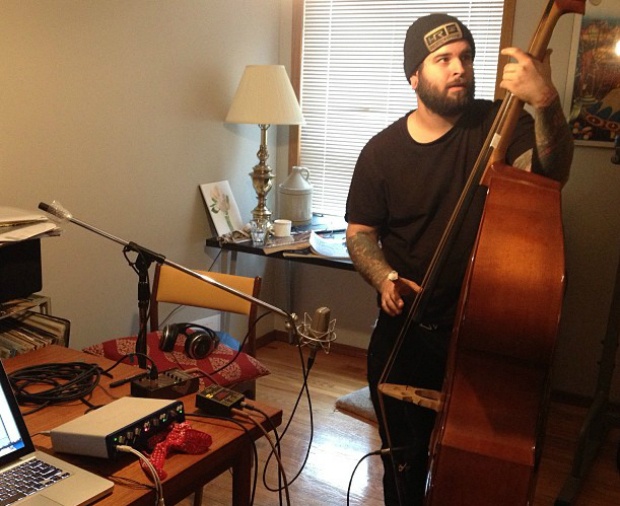 When a band is just starting out, whether they're a young crew of rookies or seasoned veterans, it can be difficult to get attention. There's an awkward middle spot between being good enough to play shows but not having anything to show to promoters. That means it's time to record a demo. A demo is a handy little thing designed to help you get those crucial early gigs, something you can put in the hand of college radio DJs or bar owners and say, "This is what my band sounds like."

It should be a well-rounded picture of your band. Don't put all your songs on it, and try and pick a handful that represent all that you can do. Once you've sweated, cried, and fought over your track list, it's time to hit record – but where does one do that these days? Well, like most things in this crazy modern world, there are plethora of options, so let's look at those and some of the pros and cons of each.

This is the big reason people will choose a recording studio to record their demo. Studios have good microphones, proper vocal booths, and enough channels to record everything live off the floor.

An experienced recording technician can be an indispensable resource, especially for a young band. Getting an outside perspective on your music is always a good idea, and when that person wants to make you sound good, all the better. It's in the folks at the studio's best interest to make you sound good, so listen to their advice while keeping your vision in mind.

Studios usually have a handful of guitars and amps lying around to play with. It can really make your demo shine if you’ve got different sounds you can combine to give your music just the right punch.

The people at the recording studio will generally know someone who can master your record and will probably have a good idea where you can get your demos pressed. This can save valuable googling time down the road.

This is the most prohibitive part of recording in a studio. If they really know what they’re doing, they can charge a lot of money to do it. Still, there are inexpensive options out there, and it can save to shop around a bit.

When you've spent all your recording budget on an eight-hour day, it behooves you to get as much work done as possible in that time. This can be hindered by chain-smoking drummers or forgetful guitarists. Try to set a schedule and stick to it.

We've all been there: the money's been paid, everyone's watching, the clock is ticking, and now it’s your turn to bang out that solo that's going to melt minds and invite infamy, and you just can't seem to remember if it goes to the five or the two in the bridge. Practicing your parts and really knowing them beforehand goes a long way to helping overcome this problem.

Most DAWs (digital audio workstations) are relatively affordable these days and pretty user friendly. They can be a memory hog, but once you strike it rich, you can buy a sweet new computer anyway.

Where eight hours in a studio can bring about night terrors of having not studied for the big test, home recording offers you the freedom to record at your leisure. The drawback here is that you can end up fussing over every minute detail and taking months to finish your three songs. Try to remember that this is just a demo, and save all your obsessing for when you make your highly anticipated full-length debut.

[Your Home Recording Studio: How to Keep Your Sessions on Track]

Sometimes recording technicians can be a little stuck in their ways. They know how to get the best sound with their gear and in their studio. But some of the most fun you'll have recording at home is figuring out how to manipulate the space around you. Record vocals in a stairwell or guitar leads in the shower, set up your drums in a field – whatever makes the coolest sound.

Learning how to problem solve, run wires, and mic a banjo are all valuable skills that will help you for years.

Again, having an outside perspective is helpful. Your mom's going to tell you it sounds great, your friends will smile and mock it behind your back, and you'll never get a good paying gig again. Finding someone to give you unbiased feedback is vital to your career and potential growth.

Most home recording enthusiasts don't have Neumann U87s hanging on their wall, and knowing where to stick a microphone on an acoustic guitar is a skill that takes years to perfect. Luckily, in most big cities you can find a place to rent quality gear, and with a little experimentation and patience, you can get a decent-sounding recording.

It's pretty obvious from this list that where one option offers more of something, you lose another aspect. You'll likely get better sound quality at a studio, but you'll be more pressed for time, and that might make you play worse or make choices you wouldn’t otherwise make. In a home recording situation, you've got all the time in the world, but you probably don't have access to the exact gear you might want.

If you're like most DIY musicians, you probably don't have a lot of dough to be throwing around at a fancy studio. In most big cities, there are affordable studios where you can get something like eight hours for $200, so shopping around is your friend. Keep in mind, though, that you're not just looking at recording costs here; there's also mixing, mastering, and production to consider. Many bands will track the drums at a studio and then do the rest at their jam space. Look at your options, make a plan, and stick to it. This is about finding the best fit for you.