How Much Does Confidence Affect Musical Ability? 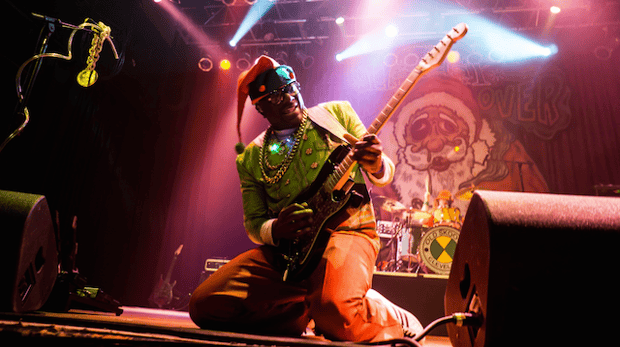 When discussing musical performance, the topic of confidence is brought up often. From an audience perspective, a confident performer is a good performer, but how much does this quality have an effect on musical ability?

Some musicians may go into a performance feeling certain that they will play their best. Others tend to struggle with doubt and anxiety long before even showing up to the venue. Now, this doesn't make the second group of musicians any worse at their job, although it might make it more difficult.

Confidence will not guarantee success, nor will it guarantee failure. However, it won't hurt to have a little bit stored away in your arsenal. Before delving into the scientific reasons why confidence can help a performer, it's important to first understand a few misconceptions.

Confidence gets a lot of attention in music circles, and for good reason. You always hear that confidence breeds success, and even just by faking it you can "make it" in the industry. While there's some truth to that, many people tend to be quite delusional about it.

For one, confidence is not this unobtainable quality that only a few chosen ones are born with. Confidence is something that we have the power to change. We have a great deal of control over the levels of self-confidence we want to exhibit. It's not just a character trait.

Additionally, some believe confidence can only be built with continued success or positive feedback. That can help, but confidence can be built through experiencing failure and mistakes as well. In fact, some of the best methods of becoming more confident lie in failure. Failure can be a powerful tool of inspiration that ignites a certain drive in a musician.

The necessity of confidence is one of the largest delusions in the music industry. Many musicians, both famous and unknown, suffer from heavy loads of insecurities and doubt. Some have become experts at hiding it, but inside, they believe they are not as talented as they perceive to be.

So for those worrying if your lack of confidence will destroy your career as a musician, don't worry about it. You can succeed with doubt and still master your instrument without much confidence at all. That being said, a little bump in confidence can make performing easier.

[6 Ways to Look and Feel Like a More Confident Musician]

The science of confidence

Confidence isn't necessary, but you still might want it. That's both understandable and obtainable.

There are certain methods that can help you become a confident performer. Among psychologists, one of the most popular methods to become more confident is mastering introspection. Introspection, or self-talk, is essentially the inner dialogue we all have with ourselves throughout the day. You're not crazy for talking to yourself; it's completely natural.

You know the voice all too well. It's the one that curses you out when you hit your head on the cabinet, the one that reminds you to get eggs at the grocery store, and the one that silently judges passengers on the subway. Some may take this a step further and actually talk to themselves out loud, while others keep it private. However you talk to yourself, it's important to realize that this voice can be helpful.

People tend to listen to themselves and actually believe the things we say over what other people say. By constantly telling yourself that you're a horrible failure and will never be a good musician, you'll start to believe it. Not only will you believe it, but you'll begin to physically respond to this negativity and become the failure from your thoughts. This is how confidence is destroyed. However, using this same method in a different way, confidence can be restored through positive self-talk.

Taking control of your mind to become a better performer

The mind is a powerful entity, but it can still be controlled. If you want to up your confidence game and potentially increase your musical ability, you must take control of your thoughts and believe these things can happen. To do this, you first have to weed out the negative or unnecessary thoughts in the brain.

A great deal of inner dialogue involves meaningless topics. Perhaps you're thinking what to eat before a gig, how your clothes look onstage, or about how bad you played last night. This kind of dialogue takes up valuable space in the brain – space that could be put to better use.

As powerful as the brain is, it has limitations. There's only so much you can think about at once. Using this logic, it's important to try to fill the brain with only certain sets of information that will be helpful to your performance. Think of it like strategically loading the van so everything fits just right, or budgeting your income over a tour. You (hopefully) wouldn't waste money on pointless things while on the road, so why should you waste brain space on pointless thoughts?

Now, what does any of this have to do with becoming a better musician? Music is not just about mastering the musical side of your craft, just as it's not solely about mastering the mental side. You shouldn't put off practicing your instrument in favor of positive thinking but instead, try combining the two.

As mentioned earlier, confidence isn't essential to becoming a superior performer, but there is a common trend between "winners" and positivity. According to social psychologist Barbara Frederickson, there's a positivity ratio. She states that people who experience positive feelings in a three-to-one ratio to negative emotions will ultimately come to a tipping point. At this tipping point, many find that they become more confident and less susceptible to failure.

Who would have thought that "fake it 'til you make it" actually works?