How Much Should You Charge for Your Gigs? Ask Yourself These 4 Questions 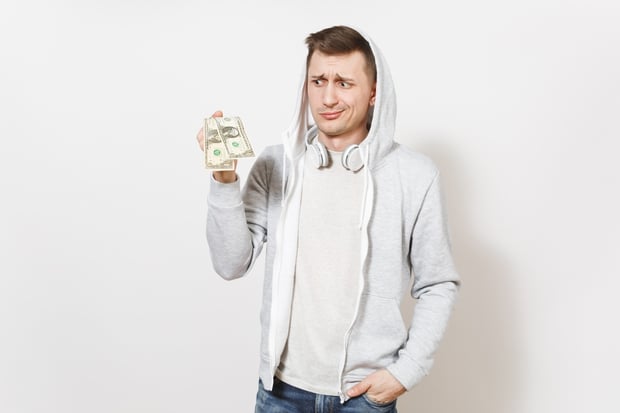 To hear most of my musician and artist friends talk, money is the “not fun” part of the creative process. It's awkward to some, and to others it feels like it totally demeans the work itself.

While this is a noble and high-minded point of view, the reality is that your unique voice is worth something to the world. You need to pay your rent to be able to make more art, after all. To help you come up with an appropriate fee, ask yourself these four questions.

1. Do you have a following?

Are you packing in the crowds night after night? Are your fans buying drinks and food, making money for the venue they would otherwise not have had? If so, it might be time for your fee to reflect that.

Many artists starting out tend to play for free, or tips. Sometimes they charge as little as $50. When they become successful, often the price they're charging lags a bit behind, because it's not necessarily the first thing they're thinking about. If you've been working hard and your crowds are consistently growing, it might be time to up your price.

On the flip side, if you're just starting out, you want to play as many places as possible. As a result, you're probably not going to be making much money from the venue itself. The game, in that case, is to put a lot of energy into moving merch to cover your costs.

2. What are other bands charging?

If you're just starting out, you're obviously going to be on the low end of the spectrum; if you've been at this for a while, you might be on the higher end. Most artists are going to fall somewhere in the middle. This can also give you an idea of what local venues are able to afford financially – which keeps you from asking either a ridiculously high fee or an embarrassingly low one.

3. Have your expenses changed?

A lot of artists starting out make the mistake of charging the same rate for in-town shows vs. out-of-town shows. The fact of the matter is driving even an hour hikes your fuel costs. This is not to mention your time, as well as wear and tear on your vehicle! Figure out a formula that works for you – it might be something like 30 cents a mile, or an extra 50 bucks if it's outside a certain radius, then an additional fee if it's beyond that, etc.

It's also worth it to do a quick self check for local shows as well. While mileage may not be much of a factor, maybe you've recently purchased a lighting system to up the ante at your shows. Or maybe you've decided to hire your own sound guy, or maybe you've expanded your band to include another guitar player – you get the idea. Those ought to be factored into the price you charge venues – if it costs you money, that expense needs to be reflected in your fee.

4. Have you had any buzz or big news?

As crazy as it might sound, this can be used to justify upping your fee – sometimes dramatically. Did you win a coveted award? Did you just release an EP with a hot producer or come off a successful tour? Did you get an amazing write-up on a blog with a lot of clout? Don't be afraid to up your price a little bit – a jump in perceived value (aka, buzz) counts for a lot.

Knowing your value and asking for it can be a difficult thing – I've seen talented artists struggle because they “didn't feel right” asking for what they were actually worth. Just remember the music business is just that – a business. And that business wouldn't exist without artists like yourself.

Remember too, that your fee doesn't need to be set in stone. If there's a show you really want to play, or that you feel is worth it for exposure, you can always negotiate. But it's better to do that from a position of strength and backed up by reasoning than simply taking whatever happens to be offered.

Next up: 3 Times It's Worth It to Take a Performance Opportunity That Doesn't Pay