How to Avoid a PR Disaster (By Not Being a Jerk) 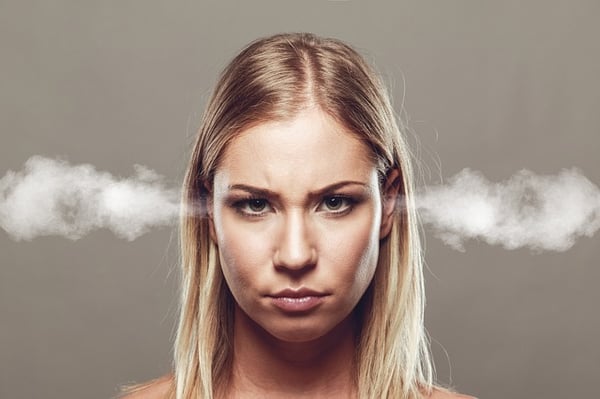 If you're someone who's bewildered by offensive commentary from public figures — How could they say that? Why would they think that's okay? — then congratulations: It's quite possible that you don't need to read this. But the public relations disasters continue; clearly, there are some musicians who desperately need a refresher on how to not be a jerk.

A lot of problematic word-vomit from musicians is delivered via Twitter, like when Jared Followill of Kings of Leon recently decided to slut-shame a pro wrestler. Jerks also inadvertently out themselves in marketing campaigns, like the band that thought an ironic pro-Trump, pro-KKK gimmick would be an effective way to boost album sales. And, of course, there are always interviews: the old-school route to broadcasting unforgivable remarks. (We're looking at you, Chainsmokers.)

As an independent musician, you're part of a community that exists in part because of mutual support. Marginalizing, stereotyping, racism, LGBTQIA phobias, and other oppressive behaviors are wholly contrary to the DIY ethos. Anyone guilty of any of the aforementioned is the worst kind of jerk, and he or she is bound to be publicly identified and likely will be ousted permanently from his or her communities -and the overall independent music realm.

There are instances when a person truly doesn't mean to upset anyone, but it's not always easy to discern foot-in-mouth tendencies from intentionally offensive, malicious statements — especially now, when it's tragically clear that the latter can lead directly to real-life violence. This post is intended to help those who think hate-based jokes or irony are harmless.

But even if your judgment is solid, this plain-and-simple guide to avoiding hot-water situations isn't superfluous: It also serves as a resource for dealing with the not-so-thoughtful folks in hopes they'll learn how to be better. Link 'em to this list — we'll do the explaining for you.

The Golden Rule — you know, the one about treating others as you'd like to be treated — has endured for a reason, y'all. It's a simple guideline for basic human decency but with profound results. Never, ever be the cause of an experience for someone else if you wouldn't be okay with it yourself.

To supplement that standard — and clarify for anyone who's not sure about their jerk status — consider the following: If you think something you want to say might be offensive to others, it probably is, and if you're worried you might be crossing a boundary with your behavior, you probably are. Be respectful of others, and they'll be far less likely to ever call you a jerk.

Independent musicians endure loads of stress, so it's understandable if your mood suffers as a result — but that's never an excuse for treating fans poorly.

If you're feeling irritable after a trying day of driving between cities, maybe you need some solo time, a rest, or both. Tell your bandmates you need a break, and don't feel guilty taking it as soon as it's possible. (You should all be supporting each other's emotional health, particularly on tour.)

Maybe you're fed up with negative comments about a release, or you get a guest list request from that one guy (you know, the one who never wants to pay the cover) while you're trying to load in at the venue. You could be fully fuming post-show for sound-related reasons when someone approaches you to comment on exactly that.

Whatever the situation, it's paramount that you keep your cool and be as kind as possible to folks who like your music. Keeping it brief is okay, but snapping at someone isn't. If you're in a position where you truly cannot deal with anyone but can't find a moment to process and try to restore your mindset, be forthcoming about that when engaging with others. They'll likely understand — and they will probably feel compelled to give you some space, too.

[The Right Way to Greet Your Fans (Hint: It's Not 'Nice to Meet You')]

3. Take responsibility for your actions

You can't undo what's been done or said; you can't erase your mistakes from the memories of others. What you can do, however, is take responsibility for your actions — it's the closest you can get to righting a wrong. When things do go awry, listen to the complaints you're getting. Right now, the situation isn't about you anymore, but rather those you've affected.

Reacting defensively, denying the issue altogether, blame-shifting, “sorry not sorry,” or any other response that avoids addressing your own role in the situation's origin will not help your cause (and any instant relief in responding this way will fizzle out as the problem remains unresolved — or worsens).

At minimum, when someone feels wronged (personally or on behalf of someone else or a community), they want their feelings acknowledged. A defensive response will read as more than a denial of your own culpability: It's a denial of someone else's feelings, as if to say they're not legitimate and that they have no claim to be upset.

Any time — every time — a person feels upset, threatened, offended, or attacked, their feelings are legitimate, even if you think they're not. Work to understand why someone or a group is upset: Give their voices plenty of room, listen to them earnestly, and try to be empathetic.