The Right Way to Greet Your Fans (Hint: It's Not 'Nice to Meet You') 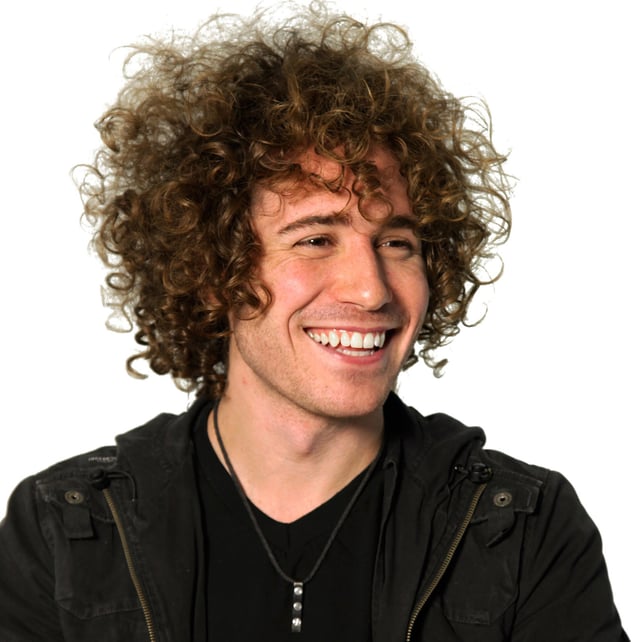 This is a guest post by Ari Herstand, author of How to Make It in the New Music Business and originally appeared on Ari’s Take.

I just finished playing mediator between two of my good friends. To protect the innocent, let's call them Jeremy and Jamie. Jeremy had shot a video for me and Jamie a couple years back. On shoot day, there were about 10 people on set.

We all had a long, albeit fun, day and the video turned out great. I organized the shoot and was good buds with everyone there. Everyone got acquainted, but no one became besties.

Fast forward two years. Jeremy brought a crew to Jamie's show at Room 5 in LA. Now, Room 5 was (RIP) one of those small, ahem, intimate venues with no green room. We've all played these kinds of spots.

Before her set, Jamie was sitting at the bar watching the act before her. Jeremy went up to Jamie to say, "Hi." And now here's where, because I wasn't there, I have to go off of what Jeremy remembers.

He claims that Jamie showed no signs of recognition and was extremely cold to him. He said he attempted to jog her memory, discussing our video shoot, but Jamie was dismissive and said, "I'm sorry, I don't remember you." And then walked away.

Jeremy returned to his group of friends, tail between his legs, feeling like an idiot. He brought a crew of five people to Jamie's show, talked her up to them, played them her music, and discussed the great video they created only to be publicly shot down and embarrassed in front of them.

Now, I'm sure you're thinking right now that Jamie is a cold-hearted b*tch. But let me assure you, Jamie is one of the kindest, sweetest, most honest people I know. The way Jeremy described it sounds totally out of character for her.

I'm not calling Jeremy a liar, I'm just saying that our memories play tricks on us and he may have taken their interaction much harsher than it was. And Jamie may have been flippant because she was trying to mentally prepare herself for her show and wasn't in the state of mind to greet fans.

[How to Be a Classy Self Promoter]

Jeremy was rubbed so wrong that at the party he was at the following night he proceeded to bad-mouth Jamie to everyone. Her reputation was completely trashed to this crowd from one, seemingly innocuous, interaction.

Fast forward four months later when I'm working on another video with Jamie, and I call Jeremy to see if he'd like to work on it with us. You can guess his response.

I called Jamie up, and she doesn't even remember this Room 5 interaction.

But, as someone who's been in this situation many times, I understand both sides. I know how I feel before shows. I try to distance myself from everyone at least a half hour before showtime to get into the right headspace.

But at venues with no green room, this is all but impossible. So I sometimes hide out down the street, in the bathroom, or in the corner. But, non-artists don't understand the necessary pre-show routine and I've heard other music fans discuss how they feel slighted if, at an intimate venue, the artist doesn't go around the room and greet people before the show.

When you're at a show, you're onstage from the moment the doors open to the moment they close. Even if you're not not physically standing onthe stage. You're the artist and there's a spotlight on you, even if you're hiding in the corner trying to get ready. If you're being loud and obnoxious at the bar during the opener's set, people will notice.

If you make out with your girlfriend by the stairwell, yeah, you're gonna lose a few fans. PDA not okay! People are watching you and judging your every move. If they talk to you, your little 20 second interaction will remain with them for a very long time.

I still have fans who come up to me after shows and remind me of our conversation we had ttree years prior. Of course I can't remember it (or them), but they retell it like it was yesterday. To me, that was hundreds of shows and thousands of post-show conversations ago. To them, it was the only conversation they've had with one of their favorite artists.

You're going to meet fans after shows, on the street, in coffee shops and at other bands' concerts. Greet everyone like you've met before. Replace, "Nice to meet you" with, "Nice to see you." If they don't offer their name up and you need it to address the autograph, just politely ask, "Spell your name for me." "Uh, T.O.M." And that's when I tell Tom that this one time I addressed a CD to T.O.M and Thom actually spelled it with an "h," so now I always ask.

If you're not autographing anything for them and you feel you need their name, just say, "Tell me your name again." If you've never met, they will say so. If you have, no harm done. You can even say, "Oh, you look familiar."

And, if you haven't learned this by now, yes, you should be going back to the merch table greeting fans after every show. It's how you'll sell more merch and make more money. Real money. Stay-on-the-road money. Quitting-the-day-job money. Until you're playing 2,000-plus cap rooms, get your a$$ back to that merch table the moment you get offstage. This is part of the show.

Create (positive) memories. This is how you create lifelong fans. Encourage every fan to sign the email list. Take photos with them. They'll tag you on all social media. This will make their friends jealous that they missed your show. They won't want to miss it next time. 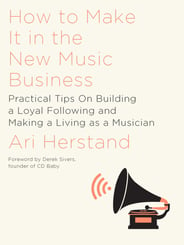 There's no way you're going to remember every fan, every conversation, or even every show. So fake it. Pretend like you remember them. It will make their night.

Because if you go the other way, you may be the subject of the next trash-talking party... right alongside Jamie.

Ari Herstand is the author of How to Make It in the New Music Business, a Los Angeles-based singer/songwriter, and the creator of the music-biz advice blog, Ari’s Take. Follow him on Twitter: @aristake.