How to Become the Fearless Musician You've Always Wanted to Be 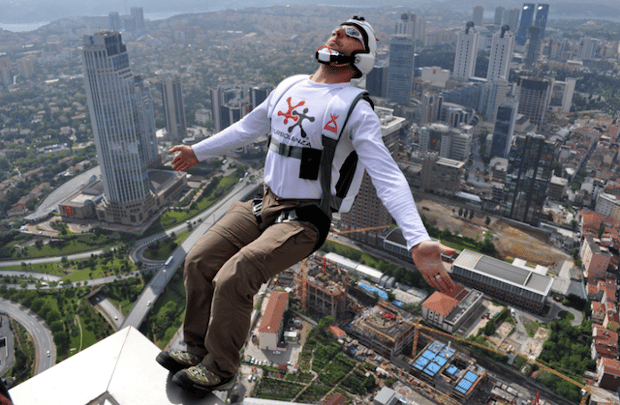 Photo by Kontizas Dimitrios via Wikimedia Commons / CC BY 3.0

There's a popular saying in the military that goes something like, "No guts, no glory." Like many quotes, this one tends to generalize. It is possible to have glory without guts – but a little guts never hurt.

Now, what does all of this have to do with music? Well, to answer this question, we first must ask ourselves another question. Do you believe that if something can go wrong, it will? In other words, before getting onstage, is pessimism at the top of your mind? Are you afraid of failing before even attempting to succeed? Do you tend to play it safe?

Alright, enough with the questions. Let's get down to some answers.

Fear is a reasonable emotion to have as a musician. It's a risky business financially, physically, and emotionally. It's quite natural to feel like holding back during a performance to protect yourself from any possible danger. It's easy to listen to that beating heart in your chest and those frantic thoughts wandering about. Virtually everyone has the fear instinct, but giving into it can make for a poor musical performance.

The end goal is to become fearless. Obviously, that's probably not entirely possible, but you can get pretty darn close. If mediocrity is your end goal, then, by all means, play it safe. You might feel better about not messing up on stage, but you're just holding yourself back from true success. So without further adieu, let's learn how to face the fear.

Why fearlessness is important

Before you learn the ancient secrets of fearlessness, it will help to know why fearlessness is important in the first place.

Whether you're getting ready for an audition, big gig, or just a practice session, people around will be observant of your presence. Not to make you even more nervous, but it can be easy to tell when someone is timid on stage. There are plenty of measures one can take to attempt to hide this symptom, but that's only short term. If you want to go out there and act cocky to fool your audience, go for it, but it won't help address the issue at hand.

When it comes to a performance, you're not going to win the crowd over simply by playing the songs correctly. Sure, that's a vital part of it, but how you present yourself is, too. If an audience sees you and thinks you add something unique to the experience, they'll generally respond positively.

To do this, you'll need to make a strong and lasting impression on their minds that tells them you have something special going on. This won't be accomplished by looking like a nervous wreck. Think of your audience as a group of followers, and you as their leader. No one wants to follow a tentative leader. They want someone who's confident in his or her skills and won't back down from challenges.

Don't just take my word for it, though. There's plenty of research that links confidence to leadership. Confidence and fearlessness go hand in hand, and that combination will leave a lasting impression on anyone. These qualities will have a greater impact than you think. For example, a lack of hesitation before starting a song, approaching the vocal parts strongly, and taking musical risks will help convince your audience that you're fearless and worth listening to.

The key ingredient to becoming fearless

Unfortunately, there's no one, correct way to become more fearless. There are various paths you can take, and frankly, you can take them all. However, there's one key attribute to master before becoming fearless: bravery.

Without bravery, fear will stand in your way. Some think that bravery is a trait passed down from generations of fearless leaders, but that's not the case. Believe it or not, bravery is akin to a muscle. It can be worked on and built up until it becomes more natural. Just like practice or lifting weights, you can build bravery through a system of repetition and increased challenges. It takes a bit of work, but with some patience, you can be leading the cavalry into battle without a bit of hesitation – or ,you know, just nail that difficult guitar solo like a complete pro.

As previously mentioned, there are several ways to build up the bravery "muscle," but here's one to get you started.

To begin, select a piece of music that you think is pretty challenging and high in energy. It'll help to set up a recording device so you can listen to yourself afterward.

Next, you need to psyche yourself up. No, seriously. Do some jumping jacks, sprint around the house, or just scream at the top of your lungs. It's going to look and/or sound weird, but getting psyched up will increase your heart rate, and this is a vital part of the process.

Now that you're amped up and ready to go, it's time to let loose. Grab your instrument and attack that difficult piece you picked with furious anger. Okay, you don't actually have to be angry, but just go crazy with it. Don't worry so much about sounding good or being under control. The purpose of this exercise is to just get out of your comfort zone. Make mistakes, experiment with weird sounds, and as cheesy as this may be, just go with the flow.

Upon completion of the song, take a breather and write down your thoughts. Did it feel good? Bad? What surprised you? How is this different than normal? Try your best to focus on the positive excerpts of your "performance."

After that, it's time to do it all over again. When you're working out, you don't just do one set of pull-ups, right? It takes rest and repetition to really work out this fearless muscle, so go ahead and repeat this five to 10 times.

There are a few benefits to an exercise like this. For one, it'll help you figure out a more experimental side of your playing. Practicing without the fear of messing up will unearth qualities of your music that you may have never realized before. New ideas will begin to pop up, which will help develop creativity.

More importantly, though, you'll begin to see the formation of well-defined lines. Your onstage anxiety was partially due to fear of the unknown. You didn't know where the tipping point was before your playing goes south. With this technique, you'll now know the point of no return. As a result, it'll become easier to push your limits and become the fearless musician you've always wanted to be.