How to Have More Confidence in Your Playing Ability 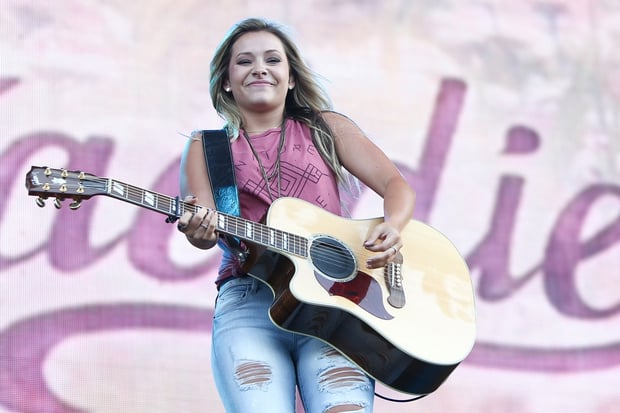 We’ve all been there: standing onstage with butterflies in your stomach. Swallowing your nerves and tuning up. Looking around for friendly faces. You’re about to play, but you’re not feeling great about this gig.

It’s okay, it happens. Sometimes you’re onstage with a bunch of musicians you want to impress. Or sometimes there are people in the audience you need to impress. Or maybe you didn’t put very much time into learning the songs, and now you’re feeling the heat. Rightfully so!

If you’ve had one or two of these experiences, you probably don’t want to repeat them. I’m here to tell you how I was able to grow confidence in my musicianship, and how you can grow as well.

1. Learn the songs better than everyone else

There's no better feeling than showing up to rehearsal and having learned a song better than everyone else. Don’t gloat outwardly about it, but feel good on the inside knowing that you are making an impression. Putting in the work will get you more gigs than "talent."

It seems obvious, but it’s amazing how quickly personal practice falls on the back burner. The more time you spend in the woodshed, the better you’ll feel onstage.

Generally, my feelings about my playing go through cycles. I feel good for a few gigs, then I listen to a show I just played, and all of a sudden, I’ll be dissatisfied again. So, I’ll hit the practice room for a week. I find working on language, time, and technique make me feel challenged and force me to grow. There’s always more language you can immerse yourself in, different grooves, etc. It’s very satisfying to see that work come out onstage after a month of practice.

If you want to feel comfortable with a set of songs for a specific gig, I find it helpful to record yourself. Obviously, this is always a great tool, but when you’re learning specific parts, it’s incredibly useful.

Modern recording technology allows you to play along to songs and directly compare your playing to that of the person you’re emulating. Match their feel, their tone, and their parts, and I guarantee you’ll feel rock solid onstage.

4. Give your best at rehearsal

You’ve hit the practice room, recorded yourself, learned the tunes backward and forward, and you’re heading to rehearsal. Now's the time to give your best! If there are problem spots, be the person in the band to point them out and work through them. People will appreciate it, and it makes for a more productive rehearsal.

You may also want to record the rehearsal, even just on an iPhone. It’s a lot easier to reflect on how everything sounds when it’s recorded!

[How to Avoid the 5 Most Common Band Rehearsal Mistakes]

5. Take a few minutes for yourself before going onstage

Having a rushed load-in, soundcheck, or setup is sometimes impossible to avoid. Whenever I can, I take my time and give myself a minute or two alone or with the band to focus myself and relax.

It’s something my band has noticed; when we take a few minutes backstage, the show always goes better. You can talk about specific parts of the set or talk about nothing at all. What’s important is that you’re relaxed and ready to play.

6. Go with the flow onstage

In high-pressure situations, it’s really easy to get caught up in the excited atmosphere. But as soon as you step onstage, you have to leave it behind. Your job now is to put on the best show you can.

If you have this mentality, it’s a lot easier to get in the "flow state" that feels so good. This is where those magical moments happen, and it’s what I spend my time chasing. Be present for your band and for your fans.

I hope you recorded the show, because it’s time to get critical again! Take a good listen to it, and overanalyze yourself. You’ll probably find something you can do better.

Maybe there will come a day when I feel 100 percent happy and comfortable with my performances, but that day is not today. And I hope it’s not tomorrow, because it’s my feelings of inadequacy that push me to be better – and that push my band to be better.

The more you work at music like this, the better you’ll get. My band has come to a place now where our worst shows are still way better than our best shows a year ago. And that feels great!

Next up: 6 Ways to Look and Feel Like a More Confident Musician