How to Conquer Impostor’s Syndrome in the Music Industry 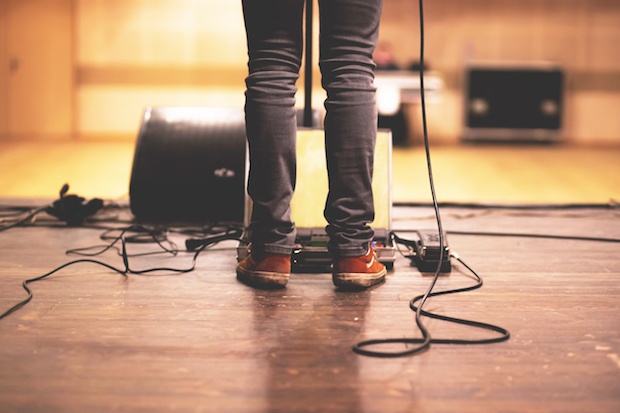 We’ve probably all felt it more often than we’d like to admit: the feeling that we’re not properly qualified to do what we’re doing, or that we don’t deserve the success we’ve earned. This is called impostor’s syndrome, and it’s something that people in any creative field deal with all the time.

What’s scary (but also strangely comforting) about impostor’s syndrome is that there seems to be no escape from it – it can come after people in the very beginnings of their careers, as well as people who are already seen as masters in their domain.

The difference for most artists who have achieved a high level of success is not that they don’t ever feel like impostors – it’s that they’ve found ways to battle that feeling whenever it comes up. So to help you in your own battle, here are three strategies you can use to confront and conquer impostor’s syndrome.

Ira Glass, host of This American Life, has worked in radio broadcasting for over 30 years, and has some great advice for anyone who wants to succeed in any creative field. “The most important possible thing you could do is do a lot of work,” he says.

Anyone who gets into doing creative work, he explains, starts out because they have good taste. But this creates a negative cycle, as there’s always going to be a period of time when the quality of the work you’re doing doesn’t meet your own high standards. “A lot of people at that point, they quit,” Glass says, but quitting is not what he wants you to do.

Instead, you have to “fight your way through” that gap by producing a lot of subpar work. “It’s only by actually going through a volume of work that you’re actually going to catch up and close that gap, and the work you’re making will be as good as your ambitions,” he says.

2. Find a safe outlet for your worries

Most people who have achieved a certain level of success will tell you that there was a time in the beginning of their careers where they were given opportunities beyond their skill levels, and the reason they were able to overcome this situation is that they were able to “fake it ‘til they made it.” This has encouraged a lot of up-and-coming artists to adopt the “fake it ‘til you make it” philosophy.

The problem with this philosophy, however, is that none of us ever want to admit that we’re faking it, because if we do, we’re afraid that someone will call us out as an impostor. So everyone is walking around pretending to be more talented and more experienced than they actually are, and everyone knows that everyone else is doing this, but at the same time, no one’s allowed to admit they’re doing it.

The solution to help you escape this spiral of lies is to find someone you trust who you can speak openly to about your worries. This could be a close friend or a mentor – someone who understands what it’s like to be a creative person, but who also won’t judge you and won’t go around telling other people about what you share with them.

This allows you to break some of the anxiety around “faking it” all the time by admitting that you’re not perfect without having to broadcast it to the whole world. Plus, once you realize that everyone around you is “faking it” most of the time as well, you can be comforted in knowing that you’re not alone in feeling in over your head sometimes.

How often do you listen to your old songs? Many of us avoid listening to our old recordings because we’re afraid of feeling embarrassed by how bad the music is, when really, that embarrassment is exactly what we need to help us become more confident. That’s because when you listen to one of your old songs and realize how bad it is, you’re actually telling yourself how much better of a musician you are now.

If you can identify mistakes you made and parts you want to improve, that means you’ve grown enough as a musician to be able to identify the issues you missed before. This is part of fighting your way through that creativity gap that Ira Glass talks about. Your ability may still not match your taste (for some successful people, it never does), but if you can see that gap closing, you’ll know you’re on the right track.

What’s really behind impostor’s syndrome in all of its forms is fear: fear of not living up to your own standards, fear of being found out, of not improving, of becoming a failure. While it’s not good to deny these fears, it’s not good to ignore them, either. So instead of feeling crippled by thoughts of being an impostor, the best thing you can do is take control of the situation by shifting your mindset and taking action to motivate yourself.

Once fear is out of the picture, you’ll start to realize that feeling like an impostor isn’t the worst thing in the world – in fact, it’s something we all have to go through on our journey to make better and better music.