How to Critique Your Own Music More Objectively 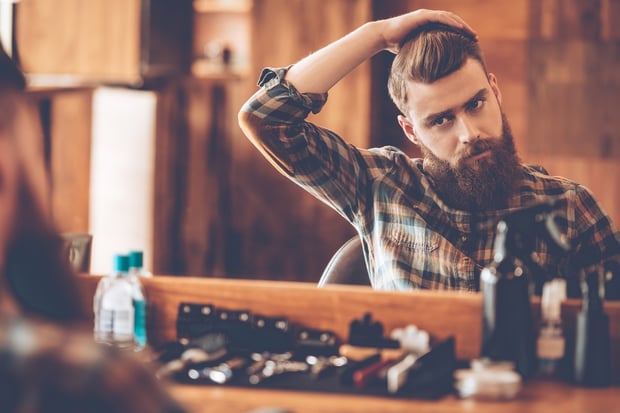 Artists often talk about being “too close” to their own work, being so immersed in the process of making music that they know longer have a strong sense of whether the work is good. Philosophically speaking, that’s a worry for another time. During a show or a recording session isn't the time to be concerned about your musical legacy or the objective quality of what you’re doing. When you’re out there onstage, or in a vocal booth tracking leads, you need to be focused on delivering your best performance, not worrying about how everybody might receive it.

But there are times in the creative process when you need to self-edit, decide what projects are worth pursuing, and change what doesn’t work. There are times when you might want to listen to the opinions of others, even others who critique music as part of their work. Here are some hints to help pull back from that closeness and be your own best critic.

1. Remember that you're a music fan, too

Being a musician can trump being a music fan at times. The experience of just listening can be colored by knowing what tricks the artist is using, being jealous if they’re good, or hearing what they’re doing wrong. But in the end, most of the music that inspired you to play is still great, and you still enjoy it, right?

Chances are, your favorite musicians are beloved by tons of fans, even if they’re fairly obscure. That means that what you like will be liked by lots of other people. If you’re wondering whether your new song is any good, take a break from it, then listen as a fan would: not focusing on the details, but hearing the melody, groove, and feel of the piece. If you like it, so will others…probably the same others who like the music that influenced you.

2. Run your songs by impartial listeners

Because of the aforementioned professional jealousy, fellow musicians aren't always the best test listeners for your new song or new mix. They, too, can get caught up in tiny details most people wouldn’t hear, like the production on the hi-hat. And they can also be distracted by whether they think they could do just as well or better. Musicians tend to be competitive people and they want to be the best.

So, if you listen to anybody about the songs you’re working on, some of those people should be non-musicians. Free from all that songcraft and technical knowledge, non-players are better able than we are to hear the fullness of a song, because they’re not always aware of what’s going on beneath the surface. But they do know if a song grabs them on the first listen, and if they’re honest, they’ll tell you.

Since you’ve taken the bold step of putting your music out in public (or you’re at least considering it), you’re going to be in line for some criticism. It could be from folks online who, behind the veil of the internet, feel it’s okay to make vulgar and cruel comments about work they don’t care for. These nasty comments should be ignored; there’s no reason to engage with them. If you get internet hate, shake it off and recognize that sometimes this means you’ve made a strong artistic statement.

Then there are those whose criticism affects your career. Club owners. Booking agents. Radio DJs. Suits from record labels. Some of these people will hear your demo and give you feedback, and that’s a good thing. “You’re amazing! We want you to be our house band and play every Friday!” is fantastic to hear, but you don’t learn anything from it, since being amazing was your goal in the first place. “We like music with a heavier groove,” or “Your songs sound too similar” might be harder to hear, but might be worth something to you as evaluate the music you’ve made so far.

It’s easy to get stuck in ruts, and sometimes it takes somebody who’s not worried about offending you to point it out. Rather than being prideful and instantly dismissing criticism, consider it. If somebody says your backing vocals are a little flat, or that one of your songs is two minutes too long, think about that. Take it to your bandmates, if you have them, and discuss it. But if you honestly examine your work and decide that the critic is wrong, then move on.

After such honest consideration, you may think that no change is needed and the listener’s comments were irrelevant. That’s okay; it’s your work, and there’s no accounting for taste.

[The Art of Accepting Criticism as a Musician]

4. Compare your work to stuff you love

Ultimately, we’re all standing on the shoulders of our favorite musicians, who in turn were influenced by the previous generations. How does your work stand up to the music that inspired you? Create a playlist in which your songs are intermingled with some of your favorite artists.

The things that make music great are often simple and fundamental: strong statements, distinctive lyrics, powerful beats, and well-written melodies. For example, Johnny Cash wasn’t known for his virtuoso guitar playing or his soaring vocals; he got famous writing simple, strong songs and delivering them in a gritty voice. It’s easy to understand why Cash is well known and to learn basic lessons from his songwriting. You can do this without instantly being as good as he was. The nuances will come in time.

By listening to your work and that of your favorite artists back to back, you can at least determine if you’re on the right track. You can calculate whether your music has the basic elements that you like as a listener. Then you can keep working on the little things. Remember, the best songwriters you know sat and listened just like you, wondering if their new song was any good, grimacing at mistakes, striving to get better. That’s all any of us can do.