How to Deal With Haters on Social Media 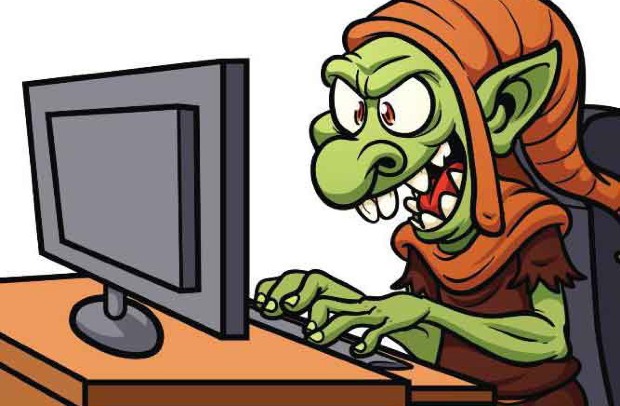 They'll infiltrate your band's social media pages, but you don't have to let them win. (Image via ukhumanrightsblog.com)

Social media has given bands a tremendous way to connect with their fans. Unfortunately, it has also given those who don't like a band a place where they know their complaints and criticisms will be seen/heard.

While hiding behind a Facebook page, Twitter handle, or YouTube account, these self-styled music critics feel confident in tearing you and your bandmates a new one. Here's the real kicker – they may not have even listened to your music. Welcome to the world of internet trolls. Here's a quick guide on how to handle the haters.

Your best option is to not respond. I know it's tempting to get your two cents in. It can be hard to resist the urge to put a hater in his or her place, but you stand absolutely nothing to gain from it and quite a bit to lose. Haters thrive on responses, so one response will lead to many more, throwing you into a back and forth that will be nothing more than a giant waste of your time.

Even worse, if you respond, you're going to have a public record of your nasty side, and everyone will be able to see how you allow criticism to affect you. This will bring out even more haters, and in a tornado of responses, you're going to be the one who ends up looking like an asshole, because you'll be the one constantly yelling at people.

Deleting your responses later on won't save you from this, as it's a safe bet someone will take a screenshot of them. Every comment can, and will, live on forever, so before you respond to someone, think about how you want to be thought of.

No matter which social media site you’re experiencing negativity on, there's a way to filter all of it out by blocking or muting users, and, in the case of Facebook, deleting or hiding posts.

Don't be overly concerned about cutting off the lines of communication with these people; they aren't your fans. The people who post negative comments about you haven't spent a dime on your work and have zero intention of doing so. They may momentarily brag to their friends that you blocked them on Twitter or deleted their post on Facebook, but that will be the end of their interactions with you (plus, that's a pretty sad thing to boast about).

3. Focus on your real fans

Again, an important thing to remember about the people who leave nasty comments on your band page, and in your Twitter @mentions, is that they aren't the ones who are buying your albums, and there isn't a response in the world that will get them to. If you have time to respond to online posts, respond to the folks who have bought your album or attended one of your shows, or simply left a positive comment on one of your videos.

By focusing your attention on the people who appreciate your work, you're not only avoiding the pitfall of being drawn into an ugly internet altercation, you're strengthening the bond between you and your real fans. When people go to your Facebook or Twitter page and see those types of interactions, instead of a bunch of negative comments being thrown back and forth, it paints a far better picture of your band.

Back in 2012 I spoke about this with pop-rap duo Millionaires, who have dealt with their fair share of internet haters. Melissa Marie Green, who is one half of the group, along with her sister Allison, told me they employ this "focus on the fans" tactic when dealing with negative social media feedback. "We never respond to any hate," she explained. "Let's say we get 20 tweets saying 'I love you,' and then one saying, 'Fuck you.' Why would I not respond to every person that says 'I love you' first?"

If there's any positive aspect to haters, it's that they can remind you of who really matters – your fans.