How to Determine Your Rates as a Freelance Musician 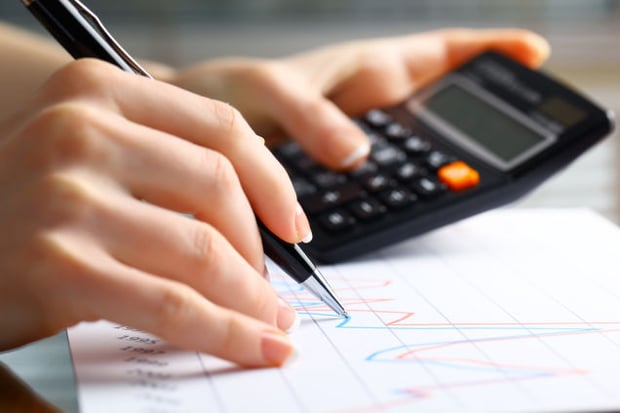 Money in the freelance world is complicated, especially in terms of music. There's nobody to hand you an application with an hourly rate on it, and as such, it's up to you and the community as a whole to determine how much money people are making for various services. Oftentimes when we're asked to provide a service, the client will supply a number that they are willing to pay. However, there will also be times where you'll be asked for a quote, and you'll have to know what's appropriate.

There are a few different things to factor in when determining what to charge for each of your skills. Keep in mind that these are location-specific; if you're playing mostly on a local/regional scale, compare yourself to freelancers in your region. If you're playing internationally, well, you probably don't need this article, but you would compare yourself to freelancers around the globe.

How good are you at what you do compared to other people in your area? How many really good players/composers/engineers are there around?

If you're the best player in town, you can typically set your rates pretty high. However, you can only set them as high as people are actually willing to pay (remember that whole supply and demand thing?). We'll get into this in a bit more detail below, but also keep in mind that skill level combined with years of experience is a huge factor when hiring a musician. When somebody is looking for a player, they often want to hire somebody who's already done quite a bit of work in the field, especially if it's somebody they know and have worked with in the past.

If you find that you're a particularly talented player with a friendly and kind personality but can't seem to find folks who want to hire you, you may need to consider relocating. Big music cities have much tougher competition, but there's often more work to be had as well. If you're a good enough player to compete in a market like that, you'll often find much more work than you would in a smaller town.

How long have you been doing what you do compared to others in your area? How much work have you done (sessions, gigs, composition commissions, whatever), and what have been the most significant jobs you've done?

Experience is a key factor when hiring musicians. Often, it's perceived as less risky to bring in a seasoned veteran rather than an untested young gun, even if the young player can play circles around the older player. Your experience level should be one of the first factors that determines your rates.

Keep in mind that experience doesn't just come down to how much work you've done, but also who you've done the work with. If you've only played on three sessions, but all three of them were giant major label acts, then you're probably better off than the guy that's got 20 locally produced independent records on his resume.

Speaking of resumes… this is the best reason to have one! Not only is a great tool to have to send people when they want to know what you've done, but it's a great way to keep track of how far you've come and remember specifics. Once you've got 300 albums under your belt, it's going to be difficult to remember that specific album you did for that one artist three years ago, but you might need to look it up for some reason. Resumes are great!

What are the other players in your area charging? Specifically, what are the people who have similar levels of skill and experience charging? Are they actually getting that rate, or are they struggling to find work?

Other players can be one of your best resources for determining your rates. If you can find somebody in your area who has a similar level of skill and experience and is consistently working, whatever they charge might be a good place for you to start. However, make sure that you ask more than one player, as there are plenty of people who probably charge over or under the standard market value in your area. Like any business, there's a fairly wide range of pricing rather than a single set number.

How much work is there around? Are there a lot of working musicians in your area? Are there places to gig and people who want to hire musicians?

Even if the rates you've decided on are fair, you might be struggling simply due to the fact that there isn't very much work in the area. Your options, in that case, are somewhat limited. You can either try new methods of marketing yourself to show people the value in what you're offering, lower your rates to a point that people are willing to pay, start playing for free and find a different profession, or relocate to somewhere with more work.

Another alternative is to start doing more work remotely over the internet. These days, lots of people are doing session work, writing arrangements/compositions, and even teaching exclusively over the internet. This will allow you to charge whatever rate you deem is fair, live wherever you want, and still be able to work in the music industry as a freelancer.

Some time ago, the American Federation of Musicians set some standard numbers on the cost of many different musical services. This is a great place to start when researching how much you should charge. I studied the AFA documents thoroughly before even asking other players about their rates to see what the average experienced union musician would be charging. I then set my rates accordingly, based on my experience level and non-union status. By comparing the AFA standard rates with the rates that other working musicians in your area are charging, you should be able to have a solid starting number for your own rates.

Additionally, if you live in a large town, you may have a local chapter of the union. Though there are only a few cities where the union has a lot of sway these days, it would be worth it to ask them what their standard rates are for their local members. Heck, you might even decide it would be beneficial for you to join!

Musicians spend thousands upon thousands of hours perfecting their craft. That alone is worth its weight in gold. A colleague of mine once told me, "People can't pay us for the talent and dedication; that's priceless. They are paying for our time." In the end, it's up to you to determine how much your time is worth. That also means that when you start getting really busy and more and more people try to take up your time, you can start charging more for it. And if people can't pay you what you think your time is worth, you can always find a different job that pays you that much or move somewhere where people are willing to pay you that much. Every musician has a different journey, and as such, every player will charge and determine their rates in different ways. I hope that this article provided you with a good starting point if you're stumped.

As a reference, here are a few numbers that I personally start negotiations at. These numbers were decided upon based on the AFA standard and after consulting with my fellow colleagues.