Yes, There Is a Proper Way to Follow Up After You've Been Rejected 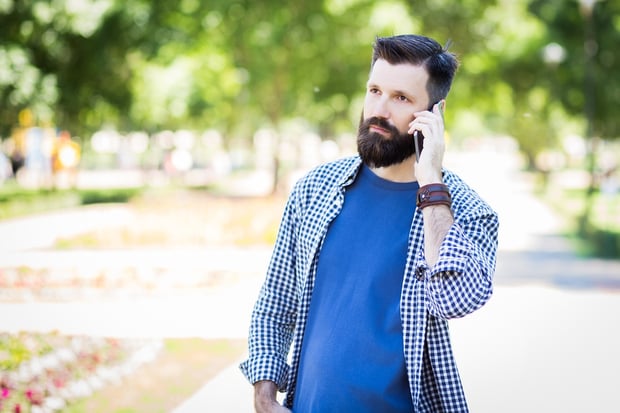 It's always tough to get rejected, but how you react to it can often mean the difference between success and failure. Sometimes, a “no” isn't a “no,” it's just a “not right now.” Unfortunately, many aspiring artists assume that door is closed forever and move on without another thought.

An important aspect of the music industry, though, is establishing and maintaining connections – perhaps those who said "no" can't help you today. But who knows? Maybe six months from now, something will change. Here is how to follow up after you've been rejected – it might turn a "no" into an opportunity after all.

Thank the person for his or her time. Send a follow-up email or even a card to thank him or her for taking the time to meet. Let him or her know you that you respect him or her and hope the two of you can work together down the road. Sending along a token – maybe a small gift card or some candy – can also go a long way to making a good impression. You may not get a response from this – after all, music-industry people are often very busy – but the person will remember that you took the time to do this.

Of the multitudes of people who come through these folks' doors, only a small percentage follow up with anything resembling humility and gratitude – if you do this, you've already set yourself apart from the crowd. When you call them later with a new demo, they may just take the time to listen.

Don't demand more of these people's time or that they listen to “just one more song.” Don't pester them with phone calls and emails or send more material without asking first. Don't rant and rail at them about how you're a genius and they're missing out on the next Taylor Swift.

Instead, tell them you'd love to hear their thoughts on what you can improve for the future. And here's the hard part: Don't argue. They may be right on, or they may not be, but arguing with them will get you nothing but a door slammed in your face and a bad impression. Whether you agree with their input or not, it's still valuable insofar as it tells you what an industry person thinks of your material – this can come in handy when you present yourself to someone else (or, later, to that same person again).

A lot of times, we don't know why those in the industry say "no" – it could be your style of music isn't right for them, your demos aren't there, or any number of reasons that aren't personal at all. At the end of the meeting, it never hurts to ask something like, “Would you mind if I send you a song I feel great about from time to time?” or even, “Do you happen to know anyone else who might be interested?” The answer to both could be "no," of course, but it never hurts to ask. The goal with this is to turn a closed door into an opportunity – or a potential connection at the very least.

Many times, aspiring artists are looking at the next rung on the ladder – the next music journalist to cover them, the next publisher who will get their song out there, or that label that will sign them and make them huge. Too few think of the larger picture, of establishing a network of connections that help lift them to their goal. In my experience, the music industry is not getting that one big "yes" – it's a series of several small victories that pay dividends over time.

Next up: Don't Give Up: 4 Superstars Who Were Initially Rejected