A Quick, Easy Way to Get Your Newest Email Subscribers Engaged With Your Music Right Away 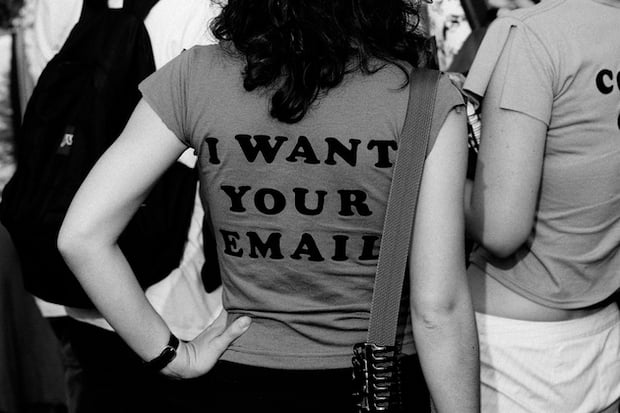 This article originally appeared on The DIY Musician Blog.

Just about anyone who has music available is using the song-for-email strategy. If you're not on board, basically you trade music in exchange for an email address. It's a great way to grow your list, and by now, we all know that email is one of the best ways to stay in touch with your fans and push out news and offers.

However, for a lot of musicians, that's where the strategy stops. The focus seems to be on growing the list. What to actually send these new fans becomes an afterthought. Often, artists will just let those new email addresses sit and pile up until they have something new to send out. That means these new fans won't hear anything from the musician for months. This is a wasted opportunity.

Don't block your own leads

People don't just give their email addresses out to anyone. With all the spam and junk mail flying around, we're all very wary of giving access to our inboxes, so the simple fact that these new fans cared enough to give you their email makes them a very strong lead. And they would probably do more to support you – if you gave them the chance.

I want you to think of this process as a conversation. They initiated the conversation by signing up for your list, but if you don't give them the chance to engage further, you're basically putting up a brick wall. You're limiting how far these fans will go, and you're limiting the amount of sales you can make.

Using autoresponders to nurture a lead

With that in mind, I'm going to show you how you can use autoresponders to continue this momentum with your new email subscribers. Because we'll be using autoresponders, you don't need to be hovering over your computer writing messages to all your new subscribers. It's all automated, and that means more time for your music.

Pretty much every email service out there has some autoresponder functionality. Basically, you start by choosing a trigger. In this case, the trigger would be someone signing up for your emails. Then, you compose a message that goes out to anyone who activates that trigger. You can choose to have that message send immediately, or have it go out after a certain amount of time.

So, now let's go through an autoresponder sequence you can use to drive your new email subscribers to deeper engagement and even a purchase:

As you can see, just from someone signing up to your email list, we got them sharing and even drove some sales, and it all happened automatically. Now, keep in mind that this is just one example. There are a lot of other triggers out there to queue up autoresponders. For example, if someone buys a ticket to your show you could send an autoresponder with a link to your merch store or your VIP and meet-and-greet packages.

The possibilities are endless, so get creative and start building out your own autoresponder sequences!

Find out a few crucial tips on how to grow your email list at your next gig!