How to Identify and Develop Your Sound 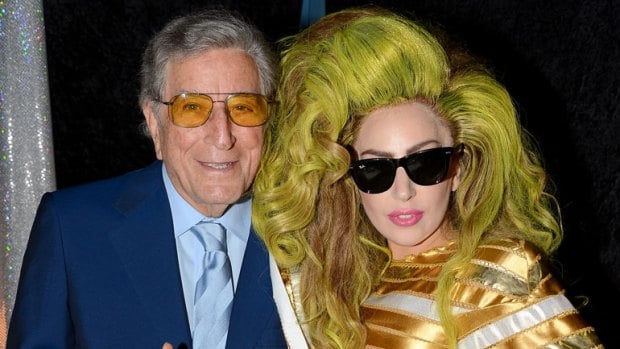 Though Lady Gaga is inspired by Tony Bennett, she never tries to imitate him. (Image via radio.com)

Developing one's sound is a very important task for any artist – not only from a branding standpoint, but from an artistic position as well. You want to generate something that's cutting-edge and different from the static of the million other acts trying to make it. As an artist, however, you also want to craft a piece of work that fulfills you musically. That's the issue with being a modern musician: you're constantly straddling the line of what fulfills you and what makes you stand out. Here are a few ways to identify and develop your sound in a unique and authentic way.

Time and time again, I've had young artists approach me for branding or development consulting, and I see a very familiar theme: imitation. It seems like bands think they should try to be really, really similar to whatever artist is hot at the moment. While it's okay to emulate an artist's style because of a musical trend, it's completely different to straight-up cop an artist's look and sound.

The key here is to follow your influences, but don't follow them too hard. Iconic bands like the Beatles were surely pioneers, but they still were inspired by skiffle and blues acts. They didn't try to be Muddy Waters, but they surely took notes on his playing style. This is the fun part! Scour your inspirations and your idols, and delve into how they inspire you, and what you can take from them.

As a Southern-born drummer, I've always been fascinated by New Orleans second-line beats and marches. While those rhythms obviously won't work in every song I play, it's fun to see how I can take those New Orleans grooves and acclimate them to different genres. That's fueling inspiration. Playing a march to every song I play? That's just poor imitation.

You have to begin somewhere. That somewhere could be perfecting cover songs or even performing as a cover band for a few years. That's okay. We all have old demos or recordings that aren't where we want them to be because it was incredibly early in our career.

I work with a lot of veteran artists in rebranding their work to be more appealing in the modern market. I'm always fascinated by their past catalogs. It's always so neat to listen to their work in the formative years, up until when they finally "hit it big." I even work with a voice actor, and I'm blown away by his early work and how far he came in developing his characters. Some of them took years to perfect, but they got there. Don't forget that this is your art and your work. It may take some time, but you'll get to where you need to be.

3. Be consistent, not repetitive

A great Twitter account called RapLike made the rounds a few years ago that featured a very talented rapper/writer creating bars in the style of certain hip-hop artists. It was really cool, and it's also really cool to have a style yourself where a fan can say, "Oh, that sounds like Artist X."

If we look at the signature sound that separates all those artists, we'll see that it comes from a repeated style that isn't too repetitive (not a one-trick pony) and is subtle enough to make a difference and an impact. By being consistent in your own voice, you organically develop a signature sound. Therefore, if you trust yourself, your influences, and your evolution as a musician – and you're consistent in your education and development – it'll come naturally.