How to Leave an Open Mic With New Fans 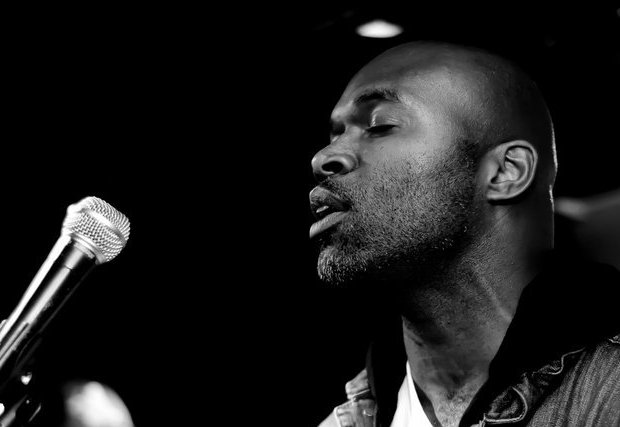 If you're just starting out as a performer and don't have enough of a draw, experience, or confidence to book shows at venues yet, an easy, no-pressure way to start honing your performance chops and raising awareness for your music is getting involved with your local open mic scene. An open mic night is a free stage to test out your songs, practice performing, network with other musicians, make new fans, and start gaining local exposure by sharing your music with the built-in community around you.

But the question is, what exactly do you need to do at an open mic in order to leave with new fans? Well, there are several steps beyond just having a solid performance. You could play the most gorgeous folk song, but if you're playing at a loud dive bar and you're the only folk musician on the lineup, you might not leave the impression you deserve. So before you sign up for a slot this weekend, go into it fully prepared with these important tips to make the most of the night.

Understanding the room you're playing for has several components. First of all, it's very important to attend the open mic as an audience member before signing up as a performer. Is the mood of the event fit for a solo acoustic singer-songwriter or for a psychedelic rock trio? If the room tends to be quiet and calm, you likely don't want to bring your new metal band there, and vice versa – if the room is full of loud blues bands, it might be best to take your Game Boy electronic set to another venue. This isn't to say diversity isn’t appreciated – one of the most fun aspects of open mic nights is the diversity. But it's important to understand the mood of the room so that when you do perform, it blends with evening. Trust me , you can still stand out.

Also, try to gauge the sound of the room and familiarize yourself with the gear they have. If it's a boxed-in bar with a crummy PA, you'll have to be prepared to make the best of it. Maybe at home you have a fancy sound system, but you don't want to be taken by surprise at the open mic when you go to plug in.

2. Take notice of the crowd

Before playing, observe: what genre of music does the audience respond to? What type of performances captivate their attention most? Understand what type of audience you're going to be performing in front of before you go onstage. For example, if the open mic is more of a bar with a loud, social audience, you may want to do something loud and upbeat.

Once you're playing, try to keep an eye out for who's really paying attention. Don't get lost staring into the crowd, looking for people humming along, but take note of those who really feel like they've sunken into your performance. You want to know the way the audience is responding to your music, and you want to recognize faces – because people come back.

Before and after your set, introduce yourself to the bartenders and the manager. Let them know you're excited to play and that you enjoy attending their open mic night. Even better, let them know you brought some friends, and introduce them, too. If you can get people out – friends, fans, and other performers – that means a bigger crowd for the venue, and it's likely they'll take notice.

Socialize with the other performers, too. Be genuine – let them know what you liked about their songs. And most importantly, socialize with the crowd. If audience members compliment your performance, take a moment to talk with them. Introduce yourself, ask for their names, and thank them for coming out and supporting the music. A successful open mic night involves a lot of socialization, so be friendly.

Showing up, performing, then immediately heading home isn't a great way to earn fans or a great impression on the open mic night as a whole. If your goal is just to gain experience performing, then sure, go ahead and get back home. But if your goal is to make new fans and connections, you'll want to stick around. Support the other performers – be there to clap and cheer them on, as well as to socialize with them. Also, you never know who caught your set and will end up striking up a conversation with you toward the end of the night. Maybe that person came for a friend who was on five slots after you, but didn't feel the urge to talk to you until the night went on and a few drinks settled in.

5. Have something to give away

How many times have you randomly seen a band or heard a song on the radio and wanted to know the name of the song? Maybe you heard their name, but couldn't figure out how to spell it or couldn't quite remember it. Have something ready to hand someone if they want to hear more, whether it's a download card with your music on it or a burned CD. This isn't to say set up a merch table; it's an open mic, not your personal concert. But have something ready in your guitar case to give away for free to anyone wanting to hear more.

Think your job's done as soon as you step off the stage? No way! Even if you're performing at an open mic event, find out how to engage your future fans right away and get them hooked on your music.