How to Make a Low-Budget Music Video That Isn't Lame 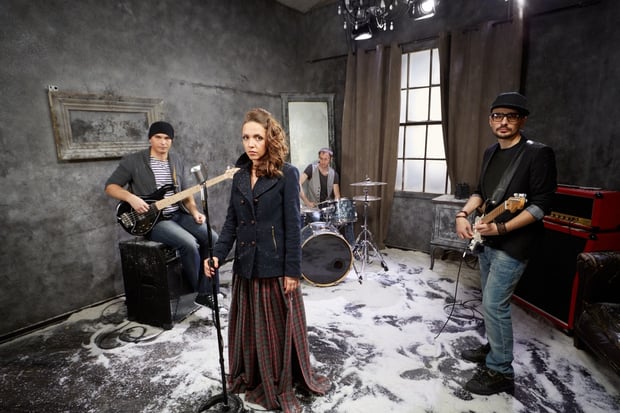 Music videos are expensive. In fact, when I started making music, I had literally no idea how expensive they really were. The kind of music video that you see major label artists putting out have budgets that start in the $20,000 range, and can get higher than $500,000. And let’s be honest: most of us simply cannot afford that.

Sure, you can crowdfund, save, and even get grants to make a big-budget video, but those things take time. You need a video, and you need it now, so how do you do it?

The thing about low-budget videos is that a lot of them are lame. Many low-budget videos have big-budget ideas, and this doesn’t work. Telling a story through video is genuinely difficult and requires a huge amount of technical and creative expertise.

What separates these videos from the lame, cheesy videos we’ve all seen? I’m going to break that down.

1. Have a great, original idea

This may seem obvious, but if you have a small budget, you cannot get away with a mediocre idea. To demonstrate the importance of this, check out two of the most famous low-budget videos of all time:

Perhaps the first ever viral music video. OK Go nailed it. The idea is simple: choreographed treadmill dance to a great song. But it had never been done before, and the dance is hilarious, so it worked.

There’s one shot, no edits (but it took them 17 takes to get it right). The picture quality isn’t even all that great. Yet, it won the 2007 Grammy Award for Best Short Form Music Video. It isn’t known exactly how much the video cost, but their only real expense was a choreographer, which clearly was a good idea.

Again, it’s done in one shot, but the action in the video is engaging. All the props are things you would have laying around the house. The set seems to be a random farm. The only thing they really needed was a bunch of extras and a director with a good eye and a great idea.

[What Most Artists Don't Understand About Making a Viral Music Video]

Your location is important for many reasons. First, sometimes a great location is all you need to make a great video. Experiment with different ideas: on the street, on your roof, in your grandma’s house. If the location is interesting enough, it doesn’t take much to pull off low-budget. Think outside the box! (Hey, maybe you could shoot the whole thing in a box, who knows!)

Light is very important. It can be expensive to properly light a set, so consider the quality and amount of light that your location provides naturally. Sometimes, if the location is cool enough, it's worth spending the money on lights. Other times, you may want to consider shooting outside, where the light is free.

Consider shooting someplace you know very well. If you’re shooting in your own home, school, or workplace, you have more control over when you can use the space and what you can do with it.

In my first two examples of great low-budget music videos, the band did have at least one major expense. In each case, it was an expert crew member (a choreographer and a director). Evidently, it was worth it.

If you only have $1,500 to make this video, you need to spend it wisely. In my opinion, you’re best off spending the money hiring someone who really knows what he or she is doing when it comes to directing and editing. On the other hand, if someone in your band is good at that kind of thing, consider spending the money on a better looking set, cooler costumes, publicity, or whatever is going to bring the video to the next level.

[How to Budget For Your First Music Video]

4. Keep your cast and crew small and effective

The smaller your cast, the easier it is to organize. If the only people featured in the video are the band members, that’s even better. It’s also fewer people to feed, clothe, and deal with if things aren’t going well!

And again, if you’re operating on a low budget, you need to keep the crew small. Another thing those two videos you watched earlier had in common was a small cast. Just a choreographer in one and just a director in the other. The artist and crew members must wear many hats: videographer, directors, lighting, sound techs, etc. But if it’s well organized and you leave yourself enough time, it can be done.

I’ve made videos with storyboards and without. Let me tell you, spending the time organizing the story/action is worth it.

So many ideas and potential problems rise to the surface when you’re making a storyboard. It’s also the perfect time to organize various aspects of the story: how many extras are needed, what costumes are needed, what sets are needed at what times, etc. At some point, it turns into less of a storyboard, and more of a complete plan to make the video. Save yourself the time now, and make a storyboard.

Your video is not going to look like Beyonce’s "Lemonade." So forget that. Instead, keep in mind how successful many artists have been with extremely low-budget videos that look and feel like they were made on the cheap. These videos often have a tongue-in-cheek, non-serious, even silly vibe. And to show you what I mean, I’m going to leave you with my favorite low-budget video.

"Christmas in LA" by Vulfpeck

According to the band's YouTube channel, every single one of Vulfpeck’s videos is made and edited by a member of the band. They all cost nothing but time, and fans love them.