How to Prep Your Voice for Your Next Big Show: A Three-Week Guide 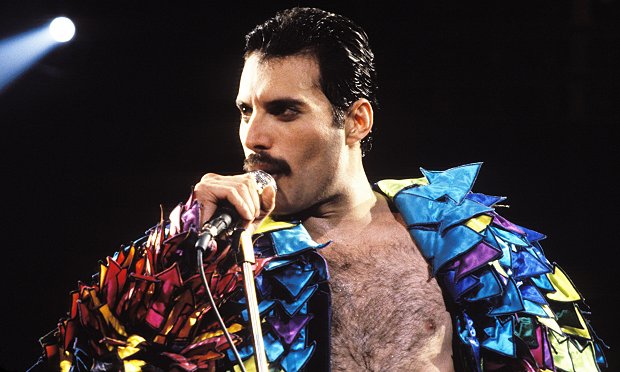 You can rock out just like Freddie Mercury. (Image via theguardian.com)

Your next big gig is coming up in two weeks. You've spent countless hours rehearsing, your flyers and posters have all gone out, you've been mass-spamming your friends on social media to make sure they turn up, and you're pumped about the gig... but then your voice starts getting raspy, and it feels like you're developing a sore throat.

For a vocalist, nothing sucks the life out of a performance like having to worry about whether your voice is going to be up to scratch on the night of the show. Singers' voices are unlike every other instrument in that they, themselves, are living, breathing instruments, and unfortunately, their voices can be prone to having off days. So if you have a massive gig on the horizon, here's a step-by-step guide to preparing your voice in advance so you sound killer when you hit the stage.

Three weeks out: take a probiotic

The best way to keep a sore throat at bay is to look after your overall health, and that often starts in your gut. Taking a regular probiotic will help maintain your balance of good and bad bacteria, which is great news for singers, because a buildup of bad bacteria leads to excess phlegm.

So reach for your probiotics a good three weeks out from an important gig. Better still, just take one regularly. Make sure you get the good stuff that you have to keep in the fridge rather than the supermarket-bought variety with a long expiration date.

Your voice is surrounded by muscles, and like any athlete, those muscles need to be used regularly to stay in top condition. So it makes sense to be singing frequently in the weeks leading up to a big show. I, personally, find that my voice operates at its best when I sing for three hours a day, four to five times a week. You might think that this is a lot, but if you're doing three 45-minute sets or more every weekend, singing for that long isn't much of a stretch.

However, if you only gig occasionally or just on the weekends, and you don't practice during the week, start increasing the amount you sing at least two weeks out. During this time, you want to be focusing on pitch-perfecting exercises, because even the best singers can develop vocal muscle memory which causes them to land flat on some notes without realizing it. Then, record and listen back to yourself singing your songs to make sure this isn't happening.

One week out: drink more water

Hydration is imperative for singers, and if you're a caffeine addict or you don't drink the standard two liters of water a day, it's a wise move to slowly increase your water intake a week out from your gig.

Just gulping down masses of water on the day won't do the trick. It will go straight through you, and you won't gain any of the extra health benefits either. Whenever I'm performing, I drink over the standard eight glasses a day, and I keep a bottle of water (not booze) with me on stage. (Another side tip: if you're drinking, skip the beer, wine, and soda – go for port or sambuca which help, rather than hinder, your vocals.)

Steaming is an age-old singer's trick that increases vocal lubrication and keeps your airways clear of phlegm and mucus. Steaming a couple of days out from your gig will give your body time to react to the treatment and start clearing up all the gunk.

If you want to supercharge your steam (especially if you have a cold), add two drops of eucalyptus oil to the pan before you put the water in. Be careful not to use too much oil because the vapor can sting your eyes. Then, breathe in the steam through your nose and mouth and stay far enough away from the steam so that you don’t burn yourself. If you would like a step-by-step video tutorial on how to steam, click here.

The day of: warm up in the morning

If you want your voice to perform well at night, make sure you warm up in the morning. Don't just wait until an hour or so before you have to sing. The idea that "saving" your voice for the show is a fallacy; if you do a decent warm-up (and I'm talking a good hour here) in the morning, you'll feel the difference that night.

You'll still need to do another quick warm-up just perform you sing, but trust me when I say that your voice will sound better for it. Plus, because sometimes there isn't enough time or a decent warm-up space for vocalists before the gig, it's better to have prepared yourself beforehand so you can hit the stage and sound brilliant from the very first note.

Nicola Milan is a professional singer, songwriter, and vocal coach. She helps singers develop their singing, stage craft, and songwriting skills so they can stand out from the crowd and rise to the top. Get her free three-part singing training here.