How to Target Radio Stations That Will Actually Play Your Music 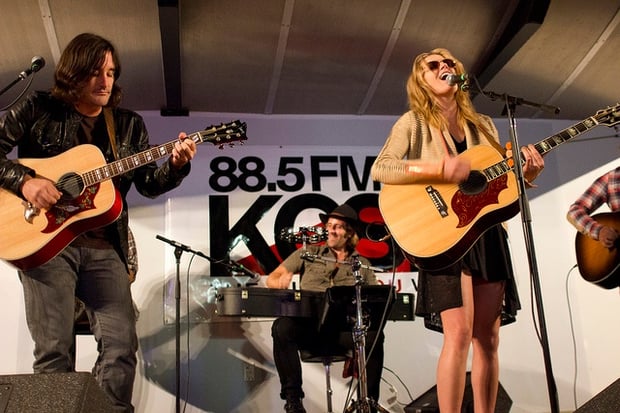 If you've been following the Sonicbids blog, you already know the three things you need to be "radio ready." But after you've met those prerequisites, how do you determine which stations or music programs you should submit your music to for airplay consideration?

Radio stations come in a few specific types, and it's not only AM/FM and internet. Here's the breakdown.

Cumulus, Clear Channel, and other similar national broadcasting stations are corporate radio. These stations are synced more with Billboard and spend their on-air hours playing charted music. This is one reason why getting your songs played on corporate radio is so difficult for indie and DIY artists. Their main focus is playing music in pop, country, hip-hop, or alt-rock genres.

Corporate radio mostly plays music (with a few exceptions) from artists who are on major labels. The major labels pour millions of dollars into marketing their artists and promoting singles, which is why most corporate stations are in the top 40 or pop genres. It's also why they play the same songs by the same artists over and over again.

While it may seem like a dream come true to get your music played on the radio alongside singles by Taylor Swift, Maroon 5, Beyonce, Blake Shelton, or Muse, making the trek into the corporate radio playlist is very difficult for the DIY artist. Corporate radio's radar is tuned into trending and charted singles, mostly by label bands. Once you build a substantial following and have great PR working with you, gaining corporate radio airplay can become a reality (it's how the Civil Wars crossed the indie lines into Grammy territory years ago).

For example, my show, The Appetizer Radio Show, doesn't just play indie and DIY artists for the sake of playing new music. We also do reviews, podcasts, and exclusive content with artists to highlight and show off great talent. Many indie and public stations and programs are like us. We’re actively participating in a connected music community. Your music within these growing music communities only serves to benefit you more.

How to determine which stations to target

Now that you've identified the types of radio stations and programs to pursue for radio airplay, it's important to understand some best practices for reaching them and building the connection. In 2013, it was estimated that there are 15,000 radio stations in North America, web radio included. That number has increased over time. But of course, not all 15,000+ stations are the right fit for your music.

There are specific factors you should look for in a radio station before you send an inquiry about airplay. Three of the most important factors include:

Here's an uncommonly told truth about radio airplay for DIY artists: Not all radio is created equal. Not all indie or public radio stations and programs give equal treatment to unsigned and DIY artists. When you find stations that sync with your style, pay attention to how they treat artists and what kind of showcasing or features they give.

Don't avoid smaller stations or markets in favor of the bigger ones. Small- to medium-sized stations are just as passionate and supportive (if not more so) of DIY and unsigned artists as the big indie radio stations. It can also be easier to get your first taste of radio airplay on a smaller station than with the larger public radio stations in big markets due to the volume of submissions they receive on a daily basis.

Knowing what type of radio stations and programs to submit to can be tricky and confusing for you as a DIY artist. Sign up for the Indie Radio Promotion Course to get answers to all the questions, unknown areas, and next steps to take to make indie radio airplay work best for you.

Learn more about getting radio airplay: