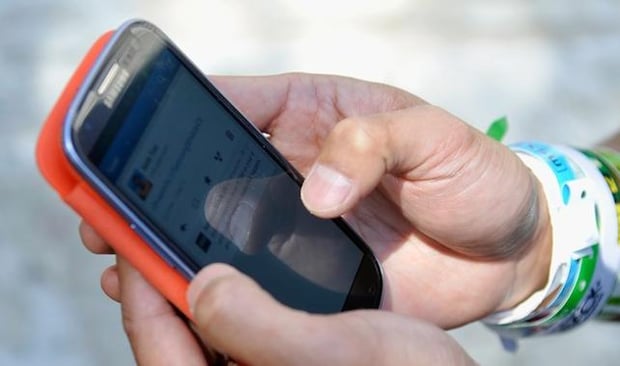 As you're probably aware already, tweeting is an incredibly important thing you and your band should be doing, as it not only gets information out there about upcoming shows, new music, and the like, but it's a great way to connect with those who support you and your art. While you're tweeting, it's also a good idea to look into how successful your efforts are so that you can learn from past mistakes or triumphs and become a super-tweeter (sure, that's a thing).

There are plenty of options when it comes to analyzing Twitter data, but the company actually has its own analytics page, and it's pretty straightforward and easy to use. Most people don't need more than a quick look at some numbers to get an idea of what's working and what isn't. So, while I'm not advocating that you spend a ton of time crunching numbers, being aware of what's working is something you really should start doing.

There are really only three essential pages on Twitter Analytics that you need to familiarize yourself with.

What's the reach of your tweets?

The homepage of Twitter Analytics reveals the number of individual visits your profile page has gotten within the past month, which is typically much higher than you'd imagine. The social network also can account for the total number of impressions that your tweets received, and that number is much, much larger than I'd expected, and it surely will be for you as well.

For example, as you can see in the image I screen grabbed from my Twitter Analytics, I have 3,509 followers, and I sent 92 tweets in the past month or so. While you'd expect the impressions to be somewhere around 3,000, my 92 tweets actually racked up an impressive 45,000 impressions, thanks to people looking at my profile page, retweets, being involved in conversations, and the like. While you're certainly more interested in people following you and engaging with you directly, it never hurts to simply have your name being seen by a greater number of people out there. I now know that my tweets are being seen by thousands more people than I thought, so I'm off to a good start. This is a number that you should try and grow every month, and it's fairly easy to do.

If you scroll down the homepage, Twitter also breaks down the same kind of activity month by month, so it's pretty easy to quickly tell if your efforts are working, as the numbers should be going up, if even bit by bit. It even color codes the percentage that certain figures either grew or declined, so this one is really a no-brainer.

How engaging are your tweets?

While the homepage will show you some top-level info, scroll over to the Tweets page at the top of the screen to see the numbers broken down tweet by tweet. From there, you can see every tweet you've sent, along with the number of impressions it received, the number of engagements, and the rate at which those seeing it engage with it. The higher the number on any three (or all three) of those metrics, the more successful the tweet. While regular impressions are great, what you really want to aim for is engagements, so look at that number first.

As you analyze which tweets received the most views and which ones had people responding and sharing, think carefully about what made those tweets special and particularly interesting. Did they have images? Were they funny? Were they all about your music or about completely separate topics? Also, what day and what time did they go out? If you want to do social media "right," keep track of these details, using these numbers as a measurement as to whether your methods are working or not.

There's also a section here that ranks the most successful tweets you've ever sent, so take a look at this from time to time and make conclusions from the information found from these popular messages.

The third and final tab on Twitter Analytics that you really must delve into is the Audience Insights page. You likely don’t need to look at this one very often, as the information it provides isn’t likely to change frequently, but it is valuable. The front page of this section will tell you things you can likely guess, such as what topics your audience is most interested in, which should dictate some of the content you send out. Mine says that those following me are most interested in music, comedy (in movies and television), and music news and general info. I tweet about these things sometimes, but I actually thought that if I wrote too much about music, people wouldn't want to read it. I knew they were musically inclined, but I had no idea just how much.

There's a demographics subpage within your audience insights, and this features one worthwhile graphic, which shows what regions your followers are in. The first time you look at this, it's good to get an idea of where you're most popular and of where you have no followers at all. This can help you make decisions about where to promote a new project or where to tour. It can also be a great way to see if your efforts to grow your fanbase in a certain city or state are working. If you have zero presence in, say, Chicago, you might want to start promoting your tweets there and check back in a few weeks to see if you've gotten any traction in the area.