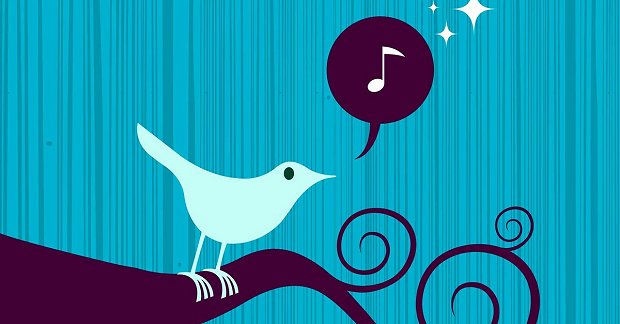 Social media has become more than just a fun leisure activity or way to keep in touch with friends and family; it's become everything – and the only thing – that matters in many cases. If you're a musician or band, I'd be willing to bet that these days no one cares about your newsletter, but they do follow you on Twitter and Facebook. Twitter is especially great, as it can be very different things for different people, depending on where they are in their careers.

If you're Miley Cyrus, Twitter's a wonderful, democratic way to let your fans know what you’re doing and to stay in their minds between albums. Likewise, if you're a brand new act working your way up, it can be a very important tool in other ways. In fact, if you use it right, Twitter can help you meet important people, prove you're an expert, and get where you want to go in life. Here are four ways you can use Twitter to help build your brand and expand your fanbase.

1. Speak to those you want to speak to

The beauty of Twitter is how easy it is to reach anybody at all. Sure, not everyone is actually on Twitter, and plenty of high-profile celebrities and companies don't run their own accounts – many prefer to outsource the content creation to agencies devoted solely to social media – but quite a few people actually do tweet, and Twitter can be your best bet when it comes to reaching them.

If you've always wanted to tell your favorite artist how much a song meant to you, do it! Looking for quick advice from an industry bigwig? Try asking them! More often than not, you won’t get a response, but that's just the world we live in these days. We're all too swamped to respond to every email/text/tweet, but those times that you do get a response are worth all the effort. Plus, Twitter is only 140 characters, so even if you don’t get a reply, did it really take any time to write the thing?

2. Hone in on your individual expertise

If you’re looking to build yourself up and become known for something, try to specialize as much as you can. There's too much going on in every industry for you to be on top of everything, no matter how hard you try, so start making yourself an expert in something specific from the beginning.

If you want to be a big name fashion blogger one day, don’t write about all of fashion – there’s way too much to cover, and you'll end up with a breadth of knowledge that's a mile wide and an inch deep. Instead, focus on one or two subsets of the industry. Instead of "the fashion industry," why not focus on men's accessories or sunglasses? Whatever you choose should be something you're truly passionate about, and thus, you won’t mind tweeting about every news item or story that comes out about it.

If you can prove you really know your stuff in and out, sideways and backwards, people will start looking to you for everything pertaining to that topic.

3. Jump in on conversations

One of the other great things about Twitter is that almost every interaction is public, so you can see conversations people you admire are having in real time. If your favorite producer is debating a singer's vocal performance on a track with some followers, feel free to jump in and give your two cents. Again, he or she may not get to you, but you never know when what you say will shift the discussion, making you look like an expert.

This comes with a bit of a warning that may sound like common sense, but you'd be surprised. If you're going to join the conversations of others, please make sure you have something interesting and relevant to say. If that producer is discussing how he wasn't satisfied with a singer's job on a song, don’t tweet him a link to your latest video. That's tacky. Instead, perhaps discuss with him what he would have liked better, and what he really loves hearing.

Also, don't be that guy who says something, but doesn’t add to the conversation. Nobody likes the person on social media (or in real life for that matter) who has to say something along the lines of "haha yeah" while people are actually having a real discussion. Boring! Only jump in if you have something meaningful to add. Otherwise, sit this one out, and wait your turn.

4. Don't forget to be yourself

While many of us have been told to carefully watch what we say and share on social media, I think that being too conservative is actually detrimental. In the same way that nobody likes the guy who insists on speaking but not really adding much to a conversation, no one really cares about sterilized, whitewashed tweets or responses. Nobody wants to read a press release, but they do want to hear a journalist giving his or her take in his or her own critical voice.

Whatever you say or post should reflect who you really are. After reading through your Twitter feed, I should know your personality (like it or not). Instead of saying, "Well, the Yankees beat the Red Sox again. Shame! When's our turn?" it's probably better to tweet something more along the lines of, "Fuck. The. Yankees." Now, I wouldn’t suggest that if you’re running for Congress, but this is the music industry, so let's all treat it as such.
Twitter isn't everything, and you certainly shouldn't rely on it alone to create a career for you, but it can be very helpful. In the end, it can help you network and grow a fanbase... as long as what you're saying is good, correct, engaging, and what you do outside of social media is worthy of people's attention.