How to Write Lyrics for the First Time 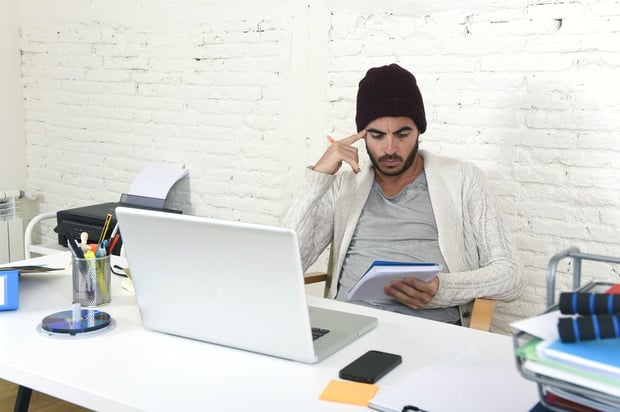 Musicians' jobs keeps getting broader. You might be a guitar player, but you’ll probably end up a mastering engineer, booking agent, and chief negotiator, too. One other thing you’ll probably be called upon to do sooner or later is write some lyrics. Even cover bands usually work in a few originals, and most bands that make it big focus on writing their own material.

Lots of players bring riffs and ideas to the table but don’t feel as comfortable with the written word. How do you start writing lyrics, especially with no background in poetry or prose beyond writing research papers in school? Try these methods on for size.

Yes, writing great lyrics is hard, but to hit on something great, you have to just keep doing it. Creating effective, appropriate lyrics isn't as hard as you think. Why? Well, for starters, you don’t need that many words.

Take a look at the lyric sheets of some of your favorite songs. Unless your main genre is hip-hop, the wordiest of pop styles, you might be surprised to find that the average song has between 100 and 300 words. These aren't novels; the music carries much of the narrative weight.

Lyrics play their role, but they need to be well chosen and hard hitting, not voluminous and overly explanatory. Three or four paragraphs, or less, about a topic you’re passionately interested in? You’ve got this.

2. Concentrate on the music

How do you start writing lyrics? Start with the music and listen to it. Remove distractions. Turn off the phone. Really listen, and see where the music takes you.

Most songwriters don’t stand around saying, “I’d like to write a song about that fake robbery at the Olympics.” Instead, the music carries them somewhere. In a meditative mental exercise, they follow that path to a real emotion, experience, or story that they relate to. If you relate to the story of your song, so will listeners. If one piece doesn’t take you anywhere in particular, find one that does and work on that.

While you’re following the narrative your music creates, words might spring to life with a melody already attached to them. Great! These little snippets, just a few seconds long, tend to form the vocal “hooks” that make songs catchy.

If that doesn’t happen, no problem. Just speak your lyrics over the music. Try slower or faster tempos. Vary the rhythm of your speech. Sooner or later, a melody takes hold. And once it starts, it’s easier to excavate the rest of what’s lurking in your subconscious and create an entire song.

Don’t be bound by the accents in a spoken word. Using a delightful get-out-of-jail-free card we call artistic license, you have blanket permission to change the pronunciation of any word you like. Just ask Eminem, who can rhyme things with orange by bending pronunciations.

If nothing in the dictionary seems quite right, you can go ahead and invent a word. For example, if you’re writing about a confused, and possibly stoned, individual, you can write:

And then rhyme it:

Neither of those is a real word, but their meanings are clear in context. As long as the listener can grasp what you’re driving at, it’s all good.

You can write in rhymed couplets in which line one has a similar cadence to line two, and the words that end the lines rhyme. You can also write without rhyming, and if you do, your lyrics will feel spontaneous, as though the singer is having a conversation. One is not better than the other. The important thing to remember is that there are no rules to lyric writing other than to not steal copyrighted work. After that, be guided only by what sounds amazing.

6. Find the inherent richness in your lyrics and bring it out

All of these strategies can be deployed in your lyrics, but it’s easier to tease out what’s already there than to try to clumsily insert them. Of course, your lyrics can simply say exactly what they mean, but richer lyrics that have more than one meaning are more interesting for the listener and tend to encourage repeated plays.

For example, you might find you’ve written a song about losing your job. Is there any parallel between your experience and those of others? This might be a time for a political statement. The content is already there in your song; it just needs to be polished a little.

7. Lead your listeners to meaning

Most pop music listeners don't want to have to “deconstruct” lyrics for meaning unless they can be made extremely thought-provoking or so bizarre that they startle people and beg further investigation. Being just slightly enigmatic is a more consistently successful strategy. By using imagery that clearly points to your meaning, you can make the listeners aware of what’s taking place without beating them over the head with it. That’s poetry. For example:

Taxi in the rain,

And half an empty bed

Is a little bit more artful than:

But no meaning is lost; what’s going on is still obvious. And attacking it at an angle is more likely to conjure real emotion in your listeners, because it has images that people can relate to. And relating is what lyric writing is all about.