As an Indie Artist, Should You Give Your Music Away for Free or Charge? 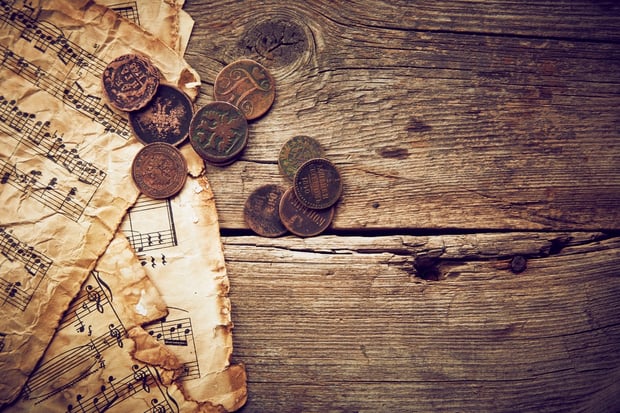 As a musician, you’ve probably been told over and over again that recorded music simply doesn’t have any value anymore. Ever since Napster shook up the scene in the ‘90s, it’s been getting harder and harder to convince music fans to pay for music, and it seems that by 2016, most artists and labels are giving up on the idea of trying to make money from album sales.

The problem with this argument, however, is that not everyone agrees that music should be free. If Taylor Swift and Adele are refusing to give into the world of streaming music and free downloads, can’t other artists take the same route as well? After all, we need to make a living somehow.

The music industry is definitely in the midst of a major shift, and it seems that even the major labels haven’t figured out the best way to make money from music these days. So where does that leave independent artists? Here’s a breakdown of the two competing viewpoints on the music industry today, and what you can take away from them.

The argument for free music

Musicians could spend the next 100 years arguing about whether or not music should be free, but ultimately it’s the fans who will decide if music is worth paying for or not. For emerging artists like Odesza, the fans have spoken, and now it’s up to artists to listen and follow through. "[Fans] consider it more of a disservice if they can't get [music] for free. Like, I don't think [record labels] even realize that anymore," Odesza’s Harrison Mills told Rolling Stone magazine.

With so much music out there these days, the challenge isn't selling albums, but getting anyone to hear your music in the first place. And the way to get your music heard is to make it available as widely as possible without charging anything for it. "With the amount of music that's out now, if people know your name, that's beyond powerful," says Odesza’s Clayton Knight.

The argument for paid music

On the other side of the fence sit artists like Taylor Swift and David Byrne who think that the industry is headed in the wrong direction by focusing on getting fans to use streaming services rather than buy albums or singles.

"Music should not be free, and individual artists and their labels will someday decide what an album's price point is," Swift wrote last year in an op-ed for the Wall Street Journal. These artists are highly critical of streaming services, saying that they offer minuscule payouts to artists, and are doing everything they can to steer fans towards paying for music directly. "What's at stake is not so much the survival of artists like me, but that of emerging artists and those who have only a few records under their belts," Byrne wrote in the Guardian.

While many in the industry are quick to criticize these detractors as relics of the old-school music business model, they actually make an important point: if we think that music has inherent value (and what artist would argue that music doesn’t have inherent value?) then we need to convince people of that value. And the best way to demonstrate the fact that something has value is to put a price on it.

Where does this leave you?

Both sides of this argument present compelling points, and in a way, both sides are correct. While it’s true that music does have value, it’s also true that most fans aren’t willing to pay for albums anymore.

So where does this leave artists? That depends on where you think the music industry is going, and where you see yourself as part of that industry.

If, like David Byrne and Taylor Swift, you would prefer for the music industry to return to a model based mainly on album sales, then you need to convince your fans that your music is worth paying for. The trouble with this option is that it can be challenging in today’s economy to get people to pay for something they haven’t thoroughly sampled first. So if you're planning on putting a price on your music, it would be worthwhile to consider ways of allowing listeners to get to know your music before they buy it.

If, on the other hand, you side with the members of Odesza and are excited about the way the music industry is headed, then go ahead and give your music away for free. Just remember that if you want to make a career of playing music, the transaction shouldn’t end there. As artist and music blogger Ari Herstand puts it: "The album is only the introduction. No longer the end game."

Once you’ve decided to give away your music for free, you need to seriously pursue other revenue streams. These could include things like "pay what you want" platforms, crowdfunding campaigns, live performances, licensing opportunities, merchandise sales, patronage platforms, and yes, even streaming revenue.

While it might sound like the music industry is venturing into a brave new world with all of these alternative revenue sources, it’s important to keep in mind that the idea of paying for music is a relatively recent one. Before there was recorded music, musicians were still able to make a living doing what they loved. The difference was that instead of selling albums they played concerts, wrote music on commission, sold sheet music and piano rolls, and were often supported by wealthy patrons. Music had value in those days as well, but in most cases, it wasn’t the listeners who were expected to pay for it. These sound a lot like the types of monetization options many artists are turning to today.

Where do you stand on this debate? Let us know in the comments!