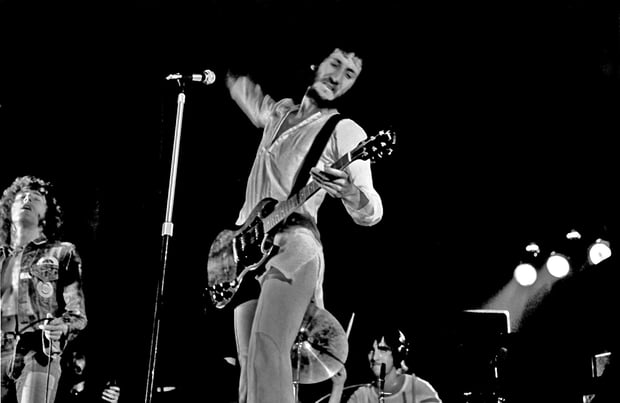 Did you take in a show last night? Did you wake up feeling like you still had tissue paper stuffed in your ears? That means you’ve just done some damage to your hearing. Like football players taking one head shot after another, musicians can only do this so many times before long-term effects take hold. But unlike football players, musicians can have careers that span several decades. You don’t want to suffer from tinnitus like Pete Townshend of the Who, who had to perform inside an insulated glass phone booth on stage because normal concert volume left him debilitated by pain. Luckily, taking care of your ears is easy once you establish a handful of good habits.

These can cost anywhere from 10 dollars to hundreds, but they will allow you to hear music clearly without being deafened by it. On the other hand, some of us just aren’t the kind of people who can keep track of small objects. If there were a fire right this minute, could you lay your hands on your wallet? Keys? Cell phone? If you’ve been through six pairs of cheap sunglasses this year and can’t find any of them, you might be better off going to the hardware store and buying simple foam earplugs in bulk. Then pour a few dozen of them into your guitar case. And don’t feel bad about losing things. Forgetfulness is a side effect of a brilliant creative mind.

2. Use gear with headroom

When your amps and PA system are taxed to their limit, the sound they emit becomes harsher and focused in a narrow frequency range. That hurts your ears. In any context that includes amplified music, whether it be in the studio or onstage, equipment sounds best in its sweet spot: not too loud, not too quiet. This is a well-known phenomenon when it comes to tube guitar amplifiers: when they’re turned down too low, the tone suffers. Well, the same is true when they’re turned up to 11, and your ears will suffer, too. Powerful amps in their sweet spot are the best option for safety and tone.

3. Mix quietly in the studio

Lots of musicians tend to crank the monitors when recording. Everyone wants to hear how their tracks sound when pumped up, but you should save the cranking for the end. Hours of listening in a confined space, with powerful monitors blasting at your head, will wear out your ears just like Slipknot in a football stadium. In any case, mixing is best done at lower volumes. If certain voices disappear from your mix at low volumes, then you have an unbalanced mix. But if things sound good at 40 decibels (somewhat quieter than a normal speaking voice) then they’ll sound great in the car at full blast, with the sunroof open.

In a windowless room, doing something you love to do, time can really slip away. Before long, day has turned to night and you’ve been moving microphones around guitar cabinets for eleven hours. In general, you should skip the all-nighters in the studio. Recording is fun, but your ears will experience fatigue even when you’re not beating them up, and what sounds fine with tired ears may sound awful tomorrow. You’ll just have to redo a lot of your work. So unplug your mic and come back to it the next day. Your ears will thank you.

Everyone has ear wax in his or her ears – sometimes too much of it. This is part of the reason that doctors are always peering in there. If you have a lot of wax buildup, your hearing will suffer, inducing you to crank things up to dangerous volumes. Since this problem builds up gradually, you probably won’t even notice. Squeezing a couple of ear drops into your ears twice a week will solve this problem, and your significant other won’t have to ask you six times what you want on your burrito.

[Musicians: You're Losing Your Hearing, and It's a Bigger Problem Than You Realize]

6. Watch out for other ear hazards

We’ve all been assaulted by feedback when a rookie takes over a mixing board. But unfortunately, our high-tech society has lots of other lurking ear dangers that have nothing to do with music. Power tools are a big one: saws, drills, belt sanders, and air tools used by auto mechanics are all painfully loud. Mowing lawns puts you in close proximity to an unmuffled engine for far too long. All of these dangers can be handled with industrial hearing protection: hard headphones that cover the entire ear.

If you like cars, bikes, or motorcycles, be very careful with tires. Old or overinflated tires can burst, and this tends to happen when your head is only a few inches away as you add or remove air. The resulting pressure wave can easily cause permanent hearing loss, so when there’s any doubt about a tire, protect those ears. You’ve still got a lot of music to make.