How to Find the Right Music Venue for Your Band 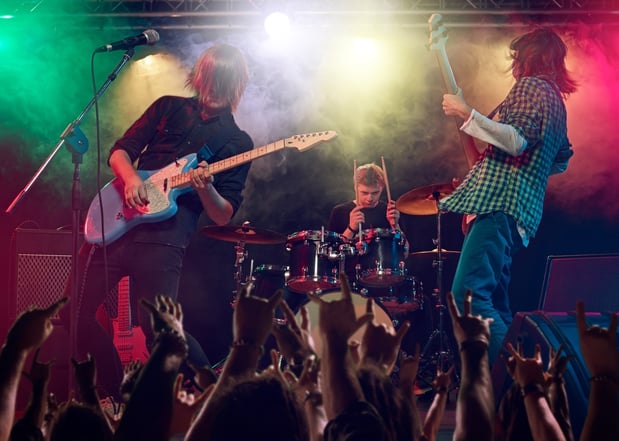 Any show you're able to play is a great show, right? Especially if you're a young band struggling for exposure, you're likely to jump at the chance to play any show no matter what type of venue it's in. But is that place you're playing really the best for you? Will it aid your future success? And will it make your band look and sound phenomenal?

Consider these five things the next time you're searching for the perfect music venue for your band.

Is it the right place for your kind of music?

When I was just starting playing in bands, we sometimes played shows that didn't suit us. For example, we were a full-on, four-piece rock band. Not crazy loud, but sort of a Top 40, rock vibe. We were absolutely not the kind of band to play, say, a tiny, out-of-the-way coffee house that catered to the retirement community or a venue geared at tweens who wanted to hear much harder music.

Both of those shows happened, and both went okay. But they were largely a waste of time for us, because they weren't geared towards our niche crowd. If you're not getting fans at every show, not getting enthusiastic reactions, or playing to no one, a big reason could be the venues you're choosing to play.

Be a little more surgical in booking your shows. Build a profile of your ideal listener, and figure out where they're going to listen to live music. A great trick I've used is to find bands with similar sounds and see where they're playing. Another is to ask people that are in the scene you're trying to break into. And don't be afraid to turn down gigs if they're not right for you!

[5 Perfectly Acceptable Reasons to Turn Down a Gig]

Is it cost effective?

Every once in a while, a situation arises where it's worth it to play a free or low-paying show. This might include a show as a favor to a program director, a charity benefit, or something that might be covered by local news.

But as a general rule, you might need to crunch some numbers before saying yes. What will it cost you in gas? Will you be able to pay your bandmates what they expect, or will everyone need to take a pay cut? Even if you're getting paid your usual price, are you essentially playing for free when you factor in costs?

It can be bad for morale to play a show at a pay cut (or worse, one that costs you money), especially when it ultimately turns out to not be worthwhile. Fortunately, there are ways to find a workaround – asking the venue for a guarantee of merch sales (they would buy a certain amount for a giveaway, etc) or a minimum door amount/larger cut of the door can help soften a monetary blow.

Will the venue promote it?

Probably one of the biggest things I've encountered is venues relying on bands to do 100 percent of the promoting – and not explicitly saying so. This gets even more complicated when the venue is new, a place you haven't played before, has recently moved, or doesn't have a big following.

An unwitting band can be expecting to play a great show to a packed crowd, only to discover that it's been under-promoted and didn't draw a crowd. The best course of action is to have an open conversation about promotion – how much the venue does, if any, and what a typical crowd size is.

In my experience, crowd size is usually exaggerated by the promoters and bookers – even if only a little. It's a good idea to go there yourself and see what things look like if you possibly can. And, whatever you do, promote the hell out of your show, even if you expect the venue to promote it, too.

Is there a conflicting or bigger show happening at the same time?

Something a lot of artists don't think about is what's going on around the venue when you're playing. I once played a show at a great venue – it was usually packed, and they promoted their shows and paid really well. I walked in onto to find a much smaller than expected crowd – I was unpleasantly surprised.

Turns out, there was another venue not far away that was hotter and getting a reputation among concert-goers. It just so happened that on the very night I was supposed to play, they had booked a much larger band in a similar genre that drew this venue's crowd away.

Try to keep a finger on the pulse of what's happening in the area in cases like this – if there's something big going on but it isn't your genre, it may not affect you. But it's good information to have. You may even decide to postpone your show as a result.

Is the venue safe in general?

Sometimes, you're going to play places in sketchy areas. It just happens. Try to do a Google street view beforehand so you're not surprised, though. Pictures on a venue's website can be deceiving. You might go there only to realize it's a great new place in a bad area.

While the safety of yourself and your bandmates is of utmost importance (not to mention that of your equipment and instruments), there's another reason I'm bringing this up: There's a possibility the location of the venue could affect crowd attendance. This isn't always going to be the case, and it may change depending on the type of music and crowd you're catering to – kids into harder music might not care as much, but it might affect a crowd that's a bit older and more family oriented.

A lot of venues in this type of situation will have some type of security, even if it's just a bouncer. Some may not, however, and it's a great question to ask ahead of time. Regardless, you might feel uncomfortable playing, and that's totally valid. Trust your instincts. If you decide to play anyway, make sure you keep an eye on your stuff and be smart and cautious.

Although this list is by no means comprehensive, it's meant to encourage you to start thinking critically about where you're playing. Feel free to expand on this and develop your own set of criteria. I think you'll find being a little more picky will lead to playing better shows.