5 Perfectly Acceptable Reasons to Turn Down a Gig 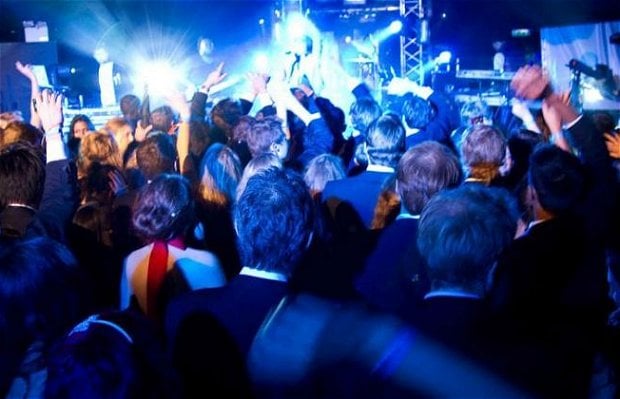 It's tempting, especially as a new band, to say yes to every show you're offered. You want to take advantage of every opportunity you get to make a mark in your local scene. But even groups just starting out can't or shouldn't accept every gig they're extended. Sometimes a show can actually be detrimental to your efforts.

With the exception of opening for another band or artist with a significant following, which is a blessing you should always enthusiastically respond to with a resounding yes, here are a handful of situations in which it's totally reasonable to turn down a gig.

Unless it's a recurring issue, which is another thing altogether, don't temporarily replace a band member because he or she can't perform at a particular gig. There are times in which this might be appropriate, but generally, it's not. The member in question might feel jilted, which could cause internal problems, and the stand-in won't know the music as well as your bandmate does. If you must have an outsider fill in, be sure that person has plenty of time to rehearse alone and with the group, and check with the person who can't make it to be sure that he or she isn't going to resent everyone else for taking the gig.

When a band cancels just before a show, you could be called upon to perform in their stead. That's great that the booking agent or venue owner thought of you, right? If you haven't rehearsed properly, though, think twice about accepting the gig. Preparation is paramount to a successful set. Consider that against the opportunity before making a decision.

3. The show is at a problematic venue

Not every venue is right for every band, and if you've already learned that a certain spot is wrong for you, avoid playing there again. You should definitely be cautious about writing off particular venues, of course, but once you've decided one doesn't work for you – whether it's because of bad sound, the wrong regular crowd, or something else – don't go back.

[What to Do When Venue Staff Treats Your Band Like Crap]

4. It's too close to another show you've already scheduled

Two shows too close together is not ideal, especially if you're a band with a smaller following. It's very likely that your crowd will be split between the two dates, so you'll probably get two mediocore turnouts instead of a single, sizable one. Don't just check that the date you're asked about is open, make sure you aren't already slated for another night nearby, too.

5. There's no money involved, and you've already played for free

Playing for zero pay is something most fledgling bands do. Venue owners and booking agents often want to be sure you can bring out a crowd before they commit to paying a band or artist. Not only can you gain their trust this way, but also you'll probably play for a bigger crowd if there's no door charge.

You can only do this for so long, though. If you believe you've already proven your pull, don't continue performing for free. Negotiate some degree of payment based on the turnouts you've garnered thus far.