Smart Tips for Packing Clothing for a Tour 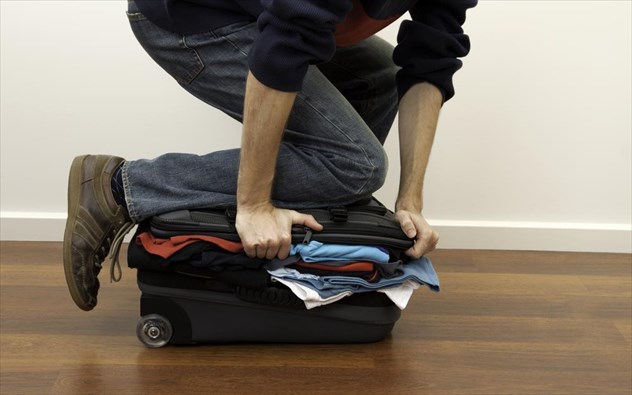 When most musicians plan for a tour, the first thing they think about is the musical gear they're going to bring. While that's important, you have to put some thought into your personal items as well. Here's an excerpt from my Touring Musician's Handbook that looks at some of the other things to consider when packing for a tour.

Space is always limited, so you may only be able to bring one large bag or suitcase, which determines the items that you can bring with you. Large expandable duffle bags are inexpensive and can fit a lot more than even a large suitcase or travel case. One of the larger ones (either 32 or 36 inches) can fit a surprising amount of clothing and has multiple compartments for various items from shoes to wet articles.

Generally, the clothing you bring with you will be separated into two categories: 1) the general category of gym, travel, and sleep, and 2) stage clothing.

Pack enough clothing to last a week, 10 days at most. You'll be able to do laundry at various points during the tour, but you have to have enough of everything to get you to the next laundry day. Don't forget to bring plenty of underwear, since that's the piece of clothing that everyone goes through quickly. The same thing applies to socks.

Generally, no matter how long I'm going out of town, I don't take more than a week's worth of clothes because the suitcase gets to be too heavy, and then you'll be overweight, which depending upon the kind of tour you're on, you might end up paying yourself. I'll take sample sizes of detergent and just wash my clothes in the sink. If you lay them in a towel and just walk across the towel a few times, the towel absorbs most of the moisture, so if you hang the clothes up in the bathroom overnight, they're generally dry in the morning with the exception of jeans. - Ed Wynne

Many road veterans prefer the feel of new socks and will purchase new socks instead of washing them when they're on the road. While this might be a good strategy for some, don't assume that you'll always have the time to be able to do that. Besides, you're trying to save some dough, right?

I have friends who throw out socks and underwear and buy them as needed instead of doing laundry, but I'm not really into doing that. - Heather Lockie

Most of the time when we pack, it's seven pairs of black jeans, and seven black shirts, and maybe a couple of shirts for days off. Make sure that you can get from laundry to laundry because there's nothing worse than wearing dirty clothes. I like to have new socks whenever I can so I'm always buying new socks. - Terry Lawless

For your day clothes, you can get by a little longer between laundry days if you stick with basic black or anything on the dark side, which hides tiny stains well. Anything that you wear for travel should be loose fitting and comfortable since you may spend some long hours in one position. You also want to be prepared for all types of weather, so include at least one long-sleeved and one short-sleeved shirt, and a sweater or hoodie.

Sometimes overlooked are the clothes that you like to sleep in. Whether it's a traditional set of pajamas or shorts and T-shirt, don't forget to pack a couple of sets. It's hard enough to sleep in a different or unfamiliar bed sometimes, let alone feel uncomfortable because you're not wearing what makes you comfortable. And don't forget those gym clothes if you work out or run.

Some players who are naturally hip can wear the same clothes on stage that they normally wear during the day, but others pack a few changes of stagewear. You'll be under some bright lights and may be projected onto a big screen, so here are a couple of things to think about:

A good trick when choosing stage clothes is to always select them under some colored lights so you can get the feeling of how they'll look when you’re bathed in theatrical lighting onstage. Also remember that it's an old showbiz tradition (and makes good business sense) that the star picks the first color, so if you know the way she normally prefers to dress, you should stay subordinate to that to keep the peace. And don't forget that the shoes that you wear can sometimes be more conspicuous on stage than you think, so choose them carefully.

It's a good idea to check with the MD or tour manager before you pack stage clothing to see if there might be a color coordination of the band to consider. For instance, one show everyone might be all black (or just black shirt) and another white. Obviously, none of the above matters much if you're playing with an artist that requires matching stage clothes (like Tom Jones or Ricky Martin) or you're playing in an orchestra that may be touring with an artist, since you normally dress the same.

Producer/engineer Bobby Owsinski is one of the best selling authors in the music industry with 23 books that are now staples in audio recording, music, and music business programs in colleges around the world, including The Mixing Engineer’s Handbook, Social Media Promotion for Musicians, Music 4.0: A Survival Guide for Making Music in the Internet Age, and more. He’s also a contributor to Forbes writing on the new music business, and he’s appeared on CNN and ABC News as a music branding and audio expert. Visit Bobby's music production blog, Music 3.0 music industry blog, Forbes blog, podcast, and website.