Songwriting 101: How to Use the Top-Down Method to Write Great Lyrics Way Faster 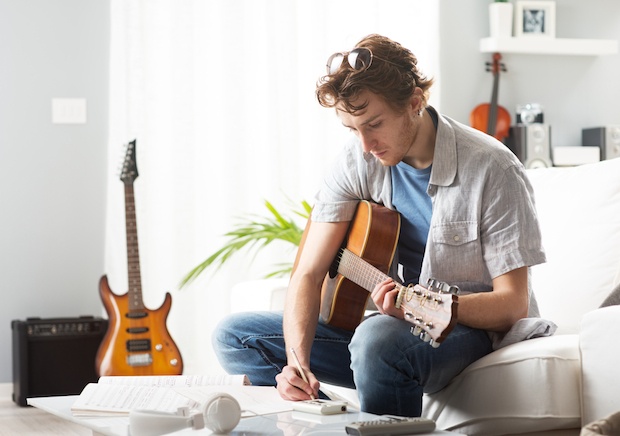 Last week, we talked about the wonderful world of collaboration between songwriters and how useful it is to find people you can learn from. This week, I want to teach you a songwriting method that's worked well for me and for my students at Berklee College of Music. Before you jump to conclusions and disagree with this approach to songwriting, hear me out.

The idea is called the top-down method. It means you write in this order:

This way, because you already know your concept and title, you're forced to stay focused on that singular idea when you write your chorus and verses. You don't have to spend hours or days trying to figure out "what the song is actually about," or do rewrites after rewrites just because "it doesn't connect yet."

I used to do this a ton when I was younger: write a bunch of lyrics for the verses, and then rack my brain trying to find a singular thought that could make this jumble of thoughts into a song. Most times, I would get frustrated and settle for a chorus that didn't feel solid and move on to the next song. In short, I wrote bad song lyrics because my process was getting in the way.

So, instead of taking the long way around, why not take the shortcut and figure out what your concept is before you write the story? It might feel mechanical and like "cheating," but in reality, it's not. You're still writing down what you care about; you just figure out what your message is before you write down how you got there. To me, this is just an economical use of your time.

Bonus tip: If you want to know a quick and dirty way to come up with title and concept ideas, go to Wikipedia and search for "1982 in film." Browse through the titles and write down the ones you think make for a good song. Then, go to 1981 and do the same thing, and so on. After an hour of this, you'll have a good 100 titles and concepts to start working with. Yay, cheats!

Get more tips from our Songwriting 101 series: