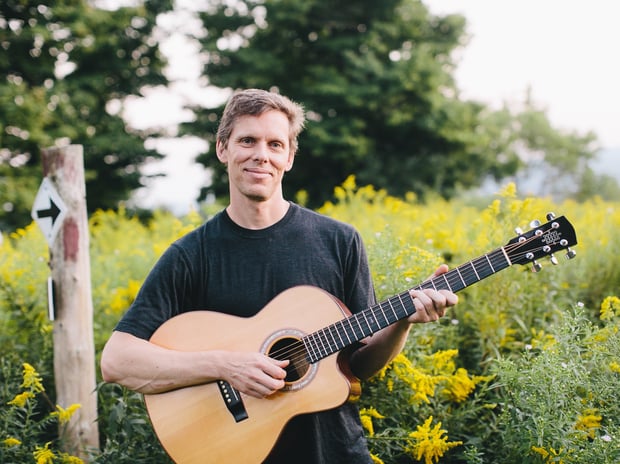 This is an excerpt from The Complete Singer-Songwriter: A Troubadour's Guide to Writing, Performing, Recording, and Business by Jeffrey Pepper Rodgers. It has been reprinted here with permission.

Every songwriter needs a nudge sometimes to keep writing. There’s no better way to learn and grow creatively than by simply finishing songs, but that can be easier said than done. What do you do when inspiration is not sweeping you off your feet, and the song ideas that you come up with seem dull and hackneyed?

One approach used by many songwriting groups is to play different kinds of creative games that involve writing a song according to specific parameters and setting a deadline. Yes, this is a form of songwriting homework, but the process of writing to spec like this can be playful and fun. It’s a relief sometimes to be given direction rather than always having to find your own way, and it will lead you to very different songs than you would typically write. Here are a few types of games that can help keep the ideas and songs coming.

The simplest songwriting game is to start with a word or phrase and write a song that incorporates it – the word or phrase doesn’t have to be the title or even a central element; it just needs to appear somewhere in the lyrics. This is the game notably played by Jason Mraz and the email songwriting group led by Austin musician Bob Schneider. As Mraz told me, his hit duet “Lucky” with Colbie Caillat, for instance, started from the phrase "me talking to you" (the opening lines are “Can you hear me? I’m talking to you”). Everyone in the group takes a turn giving the prompt – which might be as simple as brown or as odd as the nonsense word gumanema.

It’s possible to play this game solo and choose words for yourself, maybe by randomly picking words from a book or introducing another element of chance, but it’s more interesting to do with a partner or group – input from others forces you out of your usual patterns of thinking.

Once I was booked for a songwriter showcase and given the task of writing/performing a song with the phrase “the shortest straw.” At first I was flummoxed – I couldn’t imagine what to do with those words. But before I even had a chance to think more about it, I found myself imagining a character who feels perennially shortchanged in life, and ad-libbing lyrics over an E minor groove. Even though “the shortest straw” is just a minor detail in the resulting song (titled “Prayer”), this assignment gave me the impetus and the deadline to finish what turned out to be a keeper.

When playing this game, I recommend using words for physical/tangible things, and it’s a bonus if they have multiple uses or meanings. For instance, in my songwriting group we’ve used key and ticket (resulting, for me, in the songs “I’ve Got It Here Somewhere” and “Closer”).

You can also use words that define a theme or concept but don’t have to appear in the song itself – the game could be to write about envy, winter, or working in a cubicle. Avoid cliché themes (the road, breakups, Saturday night), and pick something that points the lyrics in an unexpected direction.

Another area to explore in songwriting games is the way the story is told. There are so many possibilities beyond the usual contemporary style of describing your own experiences in first person. Here are a few prompts you might use in a songwriting game:

You can create some interesting songwriting challenges by zeroing in on the rhyme scheme. Many songs follow the patterns ABAB (in which lines one and three rhyme and lines three and four rhyme) or AABB. If you hear a song with a striking rhyme scheme, figure out what it is and use that for your songwriting game. How about trying the verse pattern of Bob Dylan’s “Blowin’ in the Wind,” which goes XAXA (alternating un-rhymed and rhymed lines)? Or Joni Mitchell’s “Both Sides Now,” in which the verses go AAA and the fourth line ends with the same word each time (in her case, way)? Or how about the extended rhyme scheme of Leonard Cohen’s “Hallelujah,” AACBBC?

For songwriters coming out of folk, country, rock, and pop traditions, rap is a rich source of fresh rhyming ideas. For a songwriting game, you might take your cue from rappers and try writing long lines with the rhymes in the middle rather than the end.

All the games described above start with lyrical prompts, but of course you can also focus on the music. The game can be to write in a genre like bluegrass or reggae, though you need to be wary of falling into genre clichés. You can focus on the time signature and write, say, a country waltz or a song with a fast 6/8 rhythm. Or you can base the game on song structure: as a change-up from the old verse/chorus, try writing a song in a traditional ballad form with only verses, or a song with an instrumental bridge. Coming up with the game rules is a fun, creative game in itself.

Look at a songwriting game as a chance to do something you don’t normally do. Get outside your comfort zone, stretch your capabilities, and don’t be too critical of the results. Let yourself write songs that are goofy or weird or that you may never play in public – you will learn as much, or more, from failed experiments as from your best efforts. The important thing is that you’re writing, and whenever inspiration does strike, you’ll be ready.

Jeffrey Pepper Rodgers is a grand prize winner of the John Lennon Songwriting Contest, the founding editor of Acoustic Guitar magazine, and a contributor to NPR's All Things Considered. Based in upstate New York, Rodgers teaches courses on songwriting and creative nonfiction writing in the honors program at Syracuse University and leads workshops on guitar and songwriting. Find more on Rodgers's music and writings at jeffreypepperrodgers.com.