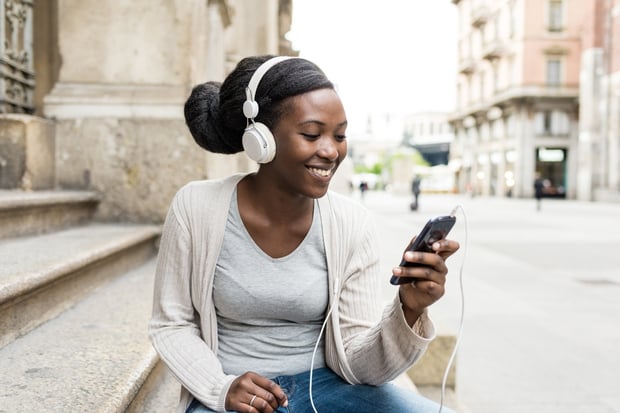 You’ve jumped onto the Spotify bandwagon and want to get on as many as playlists as you can. You want to increase your stream count, and it looks like getting on playlists is the best way to do it.

Spotify is so much more than a playlist platform. It’s also a marketing platform for your music, tour dates, and what you want your fans to do and know. If you want to increase your Spotify streams, you should start with maximizing your profile on the platform.

The bio is a great way to tell fans why they should listen to your band. Have you played with more established bands? Was your album produced by someone who produced other notable bands? Do you have an interesting story to tell? Use this opportunity to tell potential fans those things that could grab their interest and make them want to follow you.

If you’re playing shows, also include those in your profile. You never know when someone might discover you from a playlist or is simply following you on Spotify and would want to know when you’re playing.

Create playlists with your favorite songs to give fans an idea of the bands you like. This gives fans a chance to connect as pure music fans. It also gives you the opportunity to connect with the bands you feature. Reach out to the bands you added to your playlist and let them know why you included them. This can help you establish a new relationship while giving back at the same time. And lastly, Spotify loves that bands who fully engage with their platform, so it’s a true "win, win, win."

[How to Use Playlisting to Get More Fans]

Look at how you can help brand your band on the platform. This could be through band imagery, marketing, promotions, or curated playlists. Add a strong publicity photo for your banner or the artwork of your upcoming release to help brand you and your music.

Just because your album or single isn’t yet available on Spotify doesn’t mean you can’t promote it. Use the banner image to announce the release date in advance of the release. Then, every time someone goes to your profile, it will be a constant reminder that you have a new record coming.

These are all really basic ways to maximize your Spotify profile. They also send a message loud and clear that you are ready for the next level and you take your music as seriously as you’d like a Spotify curator to do.

Next up: The Emerging Artist's Guide to Spotify Playlists