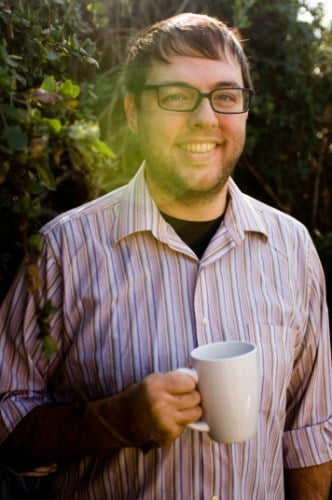 When promoting a record, there are a couple of different philosophies about the most effective way to get your music heard. One, the carpet-bomb method, involves sending a press release, download, or digital stream to every contact in your press list arsenal. The other – and in my experience, more effective way – is to curate a list of writers whose work and tastes you know, who you think will really dig your sound, and to reach out to them personally.

It is possible, even advisable, to do both of these things at the same time.

One of my favorite publicists to work with is Daniel Gill of Force Field PR, because he does this. I get a handful of emails from Daniel and his team each day, promoting different bands or records. Because of the volume of pitches I receive, I don’t even open almost anything I get. In fact, almost exclusively, the records I actually click through and listen to are the ones I get personal follow-up emails about, like this one from Daniel in April:

“Just checking in to see if you've had a chance to listen to the new album, [Ride the Black Wave] from San Diego band The Donkeys that I sent you – it's their first for the new LA label Easy Sound and their best material to date. Here's a stream of it again.”

That was it. Short and sweet — and, of course, below the body of the email, there was a cluster of links to follow to their bio, record, etc. Because I’ve (digitally) known and worked with Daniel for a couple of years, and because I know that he doesn’t follow up with me unless he truly thinks I will like something, I listened. I liked their sound so much, I had pitched a review to a national magazine and a piece of tour press to the local paper before the first song was over. Daniel delivered on his promise to get press for The Donkeys, and I heard one of my favorite records of the year so far.

There are ways for smaller bands, who can’t afford a national press campaign from a major firm like Force Field, to use some of Daniel’s strategies to succeed.

If you don’t have an established relationship with the writers you want attention from, you can begin having a conversation with them through their work. Look at who else they have reviewed, both favorably and unfavorably. Does your music resemble the bands they already like? If so, they may be good writers to add to your “personal follow-up” file.

Google is your friend

Again, think of better-known artists who, in a dream world, you might share a bill with — because you’d complement each other, not because you are a fan. Poke around on the internet and see what writers had nice things to say about them, or what publications covered them. These writers and publications are the good bets to follow up with.

Once you know who you want to follow up with, set aside a block of time one afternoon and start firing off emails.

“Email the writer directly, and use the subject field to your best advantage,” says Jhoni Jackson, a writer for MTV Iggy. “Avoid using attention-grabbing methods like all caps or exclamation marks. Write a quick intro about why you're targeting them –- e.g. ‘I read your story about so and so.’ Include a bio with photos, and explain your sound in familiar terms, not-too-flowery metaphors, or similar artists. Try to inject some personality into it, but be concise. And don't forget a link to material on Soundcloud or Bandcamp or what have you, plus videos if you've got 'em, and your Facebook, Twitter, etc. Follow up if you don't hear anything within a week or so. Persistence by a smart band that isn't just randomly sending out emails shouldn't perturb a music journalist.”

Be prepared not to hear any word back from a lot of the people you reach out to. Some writers, however, will check back in, ask for more information, or simply let you know it’s not for them. With persistence and professionalism, you may find this process eventually yields new fans.

Rachel Bailey got her start writing about music as an editorial intern at Paste magazine in 2010. She once made Andrew W.K. cry in a pedicab, and she's still trying to decide if it was the greatest or most terrible moment of her career so far.