Musicians: How to Take No for an Answer 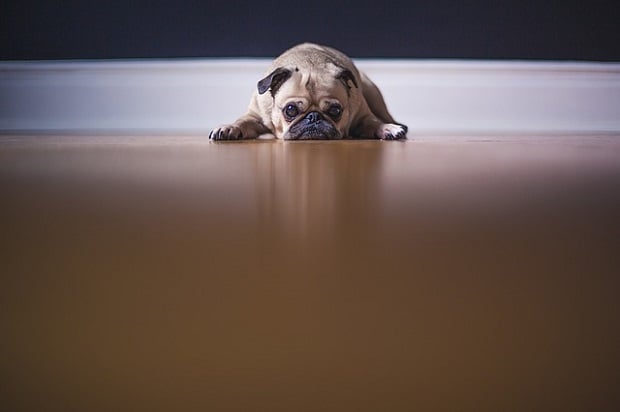 It wasn't my first meeting with a publisher, but it was my biggest meeting at that point. I was 16 at the time, and although I'd had many “good” meetings, I hadn't as yet had any big yeses. The gold records that lined the wall were impressive – especially for a teenager – and I was feeling a little lightheaded about even being in an office so nice. I handed him the cassette, feeling confident about my songs – it was my best writing to date.

The tape screeched as he fast-forwarded to the chorus.

A little flustered, I handed him another and waited for his reaction.

Before it even hit the chorus he ejected the tape so hard it might as well have had rocket boosters.

I hesitantly handed the next one, hoping against hope that this would be the one that would get me signed to a publishing deal. He started shaking his head before he even got to the chorus, and the fast-forward button screeched again.

I defeatedly shook his hand and left, proverbial tail between my legs.

It took me a long time to see this, but that meeting actually helped me; difficult lessons often do. It made me try harder to be a better writer. Here are just a few things I've picked up not just from this first “no,” but the many subsequent ones.

Get used to hearing it

I didn't know it then, but there are hit writers – legends, even – who hear “no” every day. They pitch songs all the time that don't get cut – maybe they never do, or maybe it just takes a few years. It's a blow to the ego, for sure, and it can be frustrating to think you've got the magic recipe for a hit song, then realize you don't know what they want.

But you have to hear all the nos before you get to the yeses. Those nos will make you a stronger writer if you let them.

You have a choice: work twice as hard, improve your songs and hone your craft, or give up. If you're like me – and I hope you are – you'll choose to put your nose to the grindstone and dig in. You'll eventually develop a thick skin, and those closed doors will matter a little less. Will it still sting from time to time? You bet. But you'll lick your wounds and move on.

Know it's not personal

It may feel that way sometimes – you're putting a part of yourself out into the world to be judged. But I promise you it has 100 percent to do with business and nothing else.

There are dozens of reasons a song can be passed on – they have too many like it, there isn't an artist looking for that right now, it's not current, or it's a bad demo. It doesn't mean you, as a writer – or your song – aren't any good. It's just not what they need right now.

Look at it like this: You go to a farmers' market looking for blueberries, and a guy tries to sell you apples. The apples look good, but you don't need any right now. You just want blueberries. You're gonna say "no thanks” to those great-looking apples, and it has nothing to do with the seller. He's also not going to take it personally because there are others out there who will buy his stuff.

Thank the folks you meet with for their time, shake hands, and walk away.

Realize nobody is that important

Over the course of your career, you're going to have hundreds of meetings – maybe more. When you're feeling like you've been kicked in the guts, ask yourself: is this the only decision maker in town? Is this the very last business meeting I can ever have? If the answer to both of these is “no” - and if you live on the same planet I'm on, it is – then it's not worth getting hung up on.

I know it may feel like the end of the world today, but I promise you it's not. You're going to make that magic connection with someone in the industry who gets your music if you keep sharpening your skills.

Regardless of the outcome, always remember to be friendly and thank people for their time. Don't argue with them, don't ask them to stay with the song 'til the last chorus, and don't tell them who they should be pitching it to. Even though this particular meeting may not have been the outcome you'd hoped for, it's always a good idea to leave an open door. You might just have something in a few months that will knock their socks off, and you want them to listen.

Next up: 8 Ways That Your Demo Can Make or Break Your Music Career