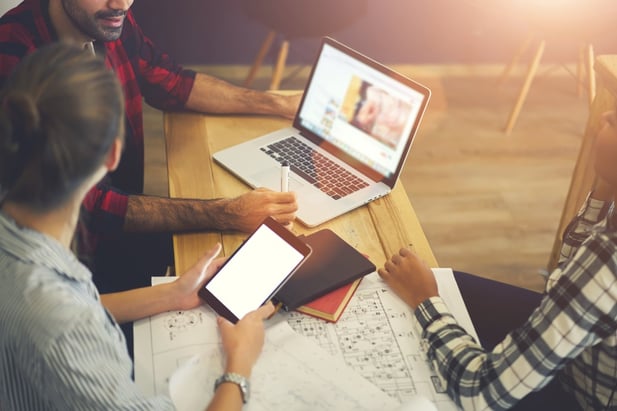 Over the years, attention spans have been whittled down, and every industry has been forced to find a way to keep people watching, reading, listening, or otherwise hooked. As a result, a lot of content has become shorter.

At the same time, a few people have learned how to make longer length content work for them, because not everything needs to become more compacted. You can learn a thing or two from them, and you should consider dabbling in longer content from time to time.

The best place to experiment is on your YouTube channel. If you're used to posting short videos or snippets, thinking your fans only want 30 seconds of you at a time, here are three great reasons to post a longer video ASAP.

1. It's a refreshing change of pace for your followers

As you start creating more and more videos, you’ll soon find that the majority of things you upload are on the shorter side. Whether those clips are vlogs; behind-the-scenes peeks at writing, recording, or touring; or even just actual music and lyric videos, most of these items won’t be terribly long, and some of them may only be a minute or so in length.

That’s fine, and you shouldn’t feel the need to make everything longer than it needs to be, but in the interest of shaking things up and giving your fans a wide variety of content, it's at least worth a try!

YouTube may not have the highest payout rates, but since it's one of the most popular platforms on the internet for consuming content, it can wind up being a solid source of income for you if you spend some time creating quality uploads and making sure your channel contains many different kinds of interesting clips.

Learn everything you can about what to include on your channel, what makes a successful YouTuber, and how to truly make the site work for you if you’re going to be a full-time musician. That should include introducing some longer form content every once in awhile, even if it’s not what your fanbase is used to.

People who randomly stumble upon your channel or catch a sample of your latest song aren’t likely to be the ones who will click on and enjoy your longer YouTube videos... but that's okay, because they aren’t the ones you're targeting with this type of content. When you go out of your way to film something longer and more detailed, it’s going to take a lot of time and effort, and it will be aimed primarily at those who already identify as fans of you and your work.

These are the people who pay your bills and keep you going, and they're sure to be the most intrigued when they see the run time on your newest video. Everybody can enjoy a new music video or a song, but those who consume every little thing you put out into the world – be it music, videos, or even just a social media post – are the ones who will likely stick with a lengthy clip and perhaps even rewatch it, as well.

Giving diehard fans something special like this will be a serious treat, and they won’t forget how exciting it was to watch it for the first time.

The first two reasons I gave were important, but not very exact. It’s hard to put a dollar sign alongside fan happiness or to quantify how much it matters to diversify the content you’re uploading to your official YouTube page, but money made is money made, and both you and your bank can count that.

Again, revenue made from YouTube might not be the most important to you when you first start out, but over time, all those fractions of cents can really add up. Since clips can be watched at any time, even your oldest videos will continue to make you money for months and years to come.

You make money on YouTube by inserting ads into your content, and while there are several different kinds of ads that can be placed alongside or on top of your uploads, the basic idea is that if your fans watch your programs and see the ads (and click on them), you earn yourself a little bit of cash.

On shorter videos, ads pop up at the beginning, but when it comes to longer options, you can actually include several ads, which bring in two or three times as much revenue. If you have three ads, of course you make somewhere close to three times the cash... but only if people watch. If someone only keeps the video playing through the first advertisement, you don’t get paid for the others that pop up later, so make sure your long video is worth investing in time-wise.