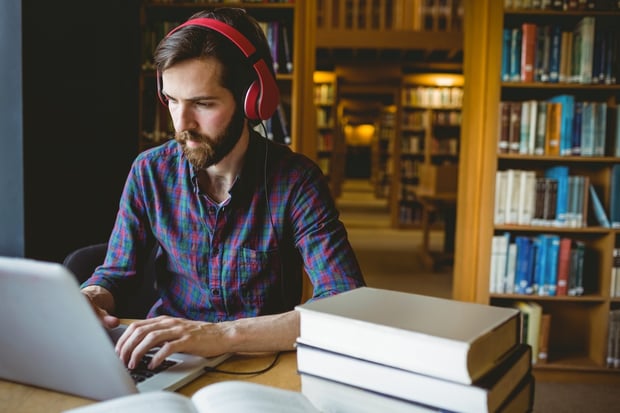 Every musician dreams of being featured in the big, respected magazines and blogs, and surely even being mentioned can help your career. That’s a great dream, and there's no problem with having it, but it’s also good to be realistic at the same time. Remaining somewhat grounded while still having high aspirations can be the best way to get where you want to go.

You’re probably not going to want to hear this, but pitching some of the major outlets – whether it’s you doing the reaching out or a publicist you've hired – when it’s far too early in your career can not only be a waste of time, money, and effort, but it could actually be detrimental to your future prospects.

Now, none of this is to say that you need to be a superstar before you pitch the Billboards and the Rolling Stones of the world, but think about it this way: if you send several emails and follow up with a writer when you’re just beginning in music and your work isn’t quite on the level of the artists featured in these publications, you’re likely to annoy those on the other end of the computer screen. It’s wasting their time, and if you’re unlucky, they might remember this.

I know that I've definitely been close to harassed by some publicists and artists, and when I finally gave them a play, the music wasn’t ready for any kind of coverage, let alone in a well-known publication. Now I only associate their names with wasting my time, and I won’t bother with them again. This is something I’ve heard from other writers as well, and it could be a serious problem for you.

Few musicians are willing to admit that they “aren’t ready” for the big time, or that the music they’ve created isn’t good enough for placements in major media, but that’s the truth of it. It’s best to speak to people who will be objective, and who know what these magazines and blogs are looking for before you go out of your way and potentially ruin a relationship you haven’t even yet had a chance to form.

While the time might not yet be right for you to go after the most read publication in the world, that doesn’t mean there isn’t a spot for you somewhere. With so many tastemakers and blogs out there, it’s highly likely that there are writers just waiting for your music. If you take the time to do some research and you frame your asks correctly, you can start getting the media attention you want.

If you're truly brand new to the music world and this is one of your first projects, don’t be ashamed or afraid to spend your time reaching out to anyone and everyone in the blogosphere, no matter how small they seem. Press is press, and even if five people read it, that’s five people who didn’t know you before that feature. Smaller, upstart blogs are often hungry to discover what’s next before anyone else, and they are much more likely to take your emails, tweets, and whatever music you want to send them. These are the people who will listen, and if it’s any good, at least some of them will write you up.

While these postings may not up your play counts considerably on sites like Spotify or YouTube, and they won’t make you much money, they are just the first step. Once you have a handful of these clips and something new to promote, try pitching sites with a little more traffic. Now, instead of coming to them as a relative newcomer with nothing to show but a pretty picture of yourself, you have a catalog (even if it’s small) and a few press clippings.

Having bigger names listed in your press clippings is certainly a good thing, but being able to show that a few outlets have taken a liking to you and your work, even if they’re not familiar ones, can be the deciding factor when it comes to other writers choosing whether or not to give you a try. Every write-up, no matter how insignificant it may seem to you, is an endorsement – and not every musician has those.

At the end of the day, it really does have to do with whether or not the music is any good, but we all know there’s more to getting your foot in the door than that. I’m simply outlining what I believe to be an effective strategy for eventually working your way up to some serious media, and this is coming from my years as both a music writer receiving hundreds of pitches, and as someone who once spent time writing the pitches and firing them off.

Some acts are lucky and get it perfectly right the first time, and it seems like the stars have aligned. That may be true for one in a million, but most people who have found success put in their time and took what they could get for years.

It’s not the easiest route, and like I said, it might not sound terribly encouraging, but this is how it works for most people. If you do things right, it all could work out wonderfully, and you’ll forge some great relationships along the way.

Next up: The One Simple Rule You Need to Follow to Maintain Media Relationships Between Releases