The One Big Mistake Bands Make After Playing a Gig 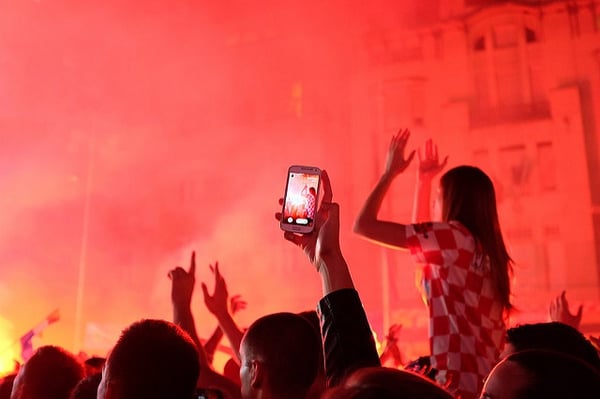 The work you should put into playing a gig doesn't end when you leave the stage. As soon as you're done, you've got to head to the merch table, where you'll actively sell and interact with fans. What about after that, though?

In the immediate days after a show, there are three ways you should be following up. Right after you've played is prime time for engaging with fans, and it's also when you should follow up with the venue or talent buyer, too. Avoid the massive mistake of missing the opportunity to strengthen your fanbase and your network by following this easy checklist.

Check Instagram and Facebook for photos and videos you're tagged in – you can add them to your arsenal of media to share in intervals with fans. Don't ignore notifications within the event, either. Someone could be posting more media, or it could be feedback, which will either make you feel awesome or help your performance skills, or both.

Ideally, you'll respond to all of the above. Someone who takes the time to post a photo, video, or positive comment about your band is the kind of fan any musician would be grateful to have, and you should express that to them.

Choose an image or video from the media you collected in step one to use as the centerpiece of a thank-you follow-up post to share across your entire social media presence. (Or vary the message slightly for each platform if you prefer.) Timeliness is key here – don't wait more than few days. The day after is best, really.

Your post should go something like this: “Thank you to everyone who came out to the show! We had a great time. Thanks to X person for this image/video! Next up for us is a show at...”

Tweak that to fit your own style and needs, of course, but don't forget the “next up” part. While you're speaking to your online fanbase, you've got the active attention of the fans who attended your show – you know, the people who truly support your band and are helping things move forward. Mention whatever you've got in the works, whether a forthcoming album, another show, or new merch on the way, because you're speaking to people who genuinely want to know what's next.

3. Follow up with the crew that made your show possible

Within a week (no more), reach out to all who were involved in the organizing of your show. Let the talent buyer or venue owner know that you're thankful for the opportunity. If you're looking to book another show with them, now's your chance to get that rolling.

Hit up the other bands that played, too. Thank them for their set and, if things went well, talk about the possibility of organizing more gigs together in the future.