The One Thing That Kills Promising Bands Faster Than Anything Else 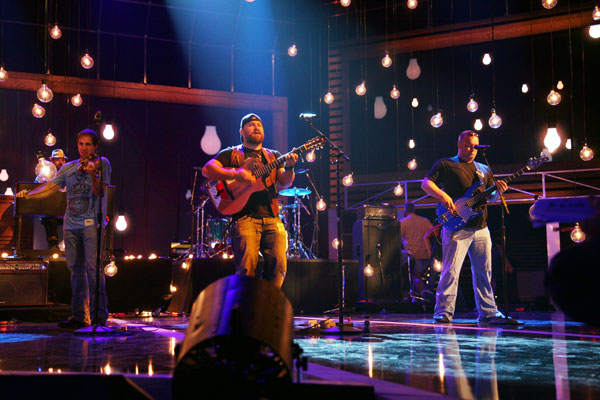 Promising bands have a lot to deal with. From seeking, attracting, and responding to label and management attention, to possible press interest, to the basic desire to succeed, a lot of noise isn't filtered out. There's one thing, however, that kills promising bands faster than anything else – and that's focusing on everything but the music.

If a band gets caught up in all the social media shenanigans or trying to find a team before they have the great songs that are required to attract the music industry types and fans they need, well, they're going to sink instead of swim.

If you're in a band, and you don't spend the majority of your time on your music, crafting the best possible material, you're doing it all wrong. Nothing else matters, to quote Metallica. You can focus on the social media and the peripheral stuff later or in secondary fashion. Get the songs and the sound down first. Make songs people want to hear. Make songs you're passionate about and proud of. If the music is great, it'll start to react and find its audience. You can spend time sharing music online or reaching out to potential fans or media, but don't let that take up the bulk of your time. You'll derail the train before it leaves the station when you get caught up in too much of the external noise.

Your career starts and ends with great music. There's this saying that you can only polish a turd so much. At the end of the day, it's… still a turd. The same concept applies here. You can Instagram photos, post Facebook updates, and tweet your face off, but if you're social media strategizing on something no one gives a shit about or something that is just plain bad, you're wasting precious time that you could be using to craft better songs. Get the song parts down first.

I've had plenty of bands contact me with nothing to go on, claiming that they want PR to become the biggest band in the world. Zzzz. If there isn't a quality song or even a legit or long-term career plan in place, it's like trying to build a house without tools or a plot of land. It doesn't just appear – you have to lay the concrete and then each brick atop that foundation.

So, yes, you can utilize social media and seek out representation when the timing is right, but make sure your songs are top notch first.

Get to work on improving your tunes with these tips: