The Realities of Making an International Move for Your Music Career: Advice From goodbyemotel 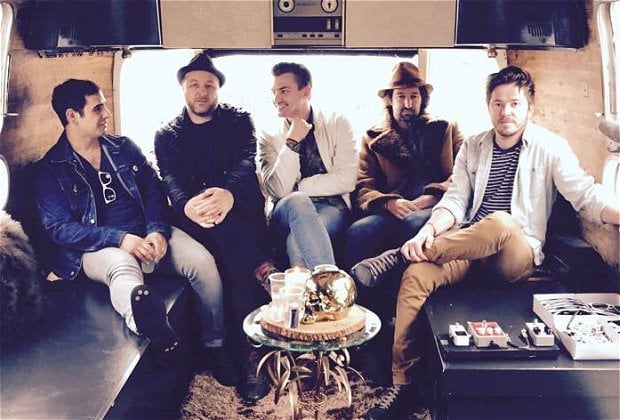 Image courtesy of the band

Have you ever felt like your music would go so much further if you just lived in a city better suited for your sound? Maybe you're from a small town in the South, but all of your influences are from the UK, and you can bank on the fact that so many more doors will open up once you get your music over there. Well, goodbyemotel felt similarly, and after scoring a spot at CMJ through Sonicbids, they decided to pick up and move from their hometown of Melbourne, Australia, all the way to New York City.

Even though it can seem like music is most commonly spread online in the 21st century, there's no denying the countless opportunities that come along with physically being in big music cities like New York, and that's why goodbyemotel now calls it their new home. But as you can imagine, making the international move wasn't easy, nor was it cheap. Through perseverance, hard work, and lots and lots of planning, they've managed to make their way to big stages across the country, as well as landing impressive TV sync deals. Below, the band gives an honest account of the challenges of moving to NYC, and their best advice for other bands looking to do the same.

What inspired the move from Melbourne to the US, and in particular, Brooklyn?

goodbyemotel came to the US originally through performing at CMJ via Sonicbids. We recorded our full-length album, iF, and are planning to launch a radio campaign to push the album through the US markets. New York was the best fit for our music, and Brooklyn is a great fit for the band in general. We rehearse there, record there, and have started growing a fanbase there.

What type of opportunities helped you to get over to New York and establish a presence in the scene here?

Most of our opportunities came through Sonicbids. We have been brought to the US through CMJ and participated in many shows, interviews, and sync opportunities spawned from our relationship with Sonicbids. It's been a truly valid platform for us to get heard by the right organizations, and has led to a domino effect of open doors throughout the music industry.

How established were you as a band before deciding it was the right move to leave Australia?

We had some progress with syncs through US television. After moving to the US to record our EP, People, we had some attention in Australia with our song "Set It Off," which was a part of the Chrysler 300 campaign. The Melbourne music scene wasn't quite right for us as a band before we came to the US, and we found more success starting outside of Australia and having it bounce back there.

What have you accomplished so far in New York that you don't think you could have done anywhere else?

Being based in New York has allowed us to tour a great part of the US, seeing places and meeting people that we could never do from just flying over each time to tour. We established relationships with different venues and bands, and hope to continue doing that. We have played many of the venues we read about growing up, that our musical heroes have played. We couldn't have built the local fanbase that we have now without living in New York.

We've also had the opportunity to work with producers such as Kevin Killen (U2), Andy Baldwin (Bjork), and Ken Thomas (Sigur Ros), as well as get our music licensed for television and movies and meet other growing bands. We probably could've done some things without moving, but [being in New York] has definitely opened more doors, faster.

Most US bands dream of making a big move to music meccas like New York, LA, or Nashville. However, relocating from another state isn't nearly as challenging as moving from another continent. What were some of the biggest challenges in your relocation as a band?

It's obviously financially challenging to move a band across the world. It's a huge decision as it impacts all aspects of your life, leaving your friends, family, etc. behind. Also, obtaining the right visas to be able to live and perform in the USA was a big challenge. We are self-managed and self-funded, so it took a great effort and commitment from everyone to make it possible. We shared tiny hotel rooms for months before we finally found an apartment, which we all shared in a fairly dodgy part of Brooklyn. Over time, we have settled in and now call New York home.

What would be your biggest piece of advice to an independent musician thinking about making an international move to progress their music career?

Make sure all your band members are 100 percent committed to the move before you start the move. It's expensive and hard work! However, the experiences will be immeasurable and hopefully, with a little luck, so will the rewards.