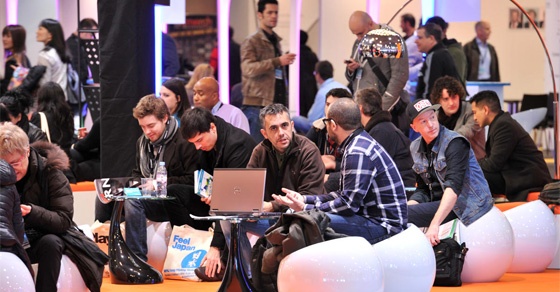 We've all heard the saying, "It's not what you know, it's who you know." In the music industry especially, this holds a lot of weight. If you want to be a professional musician, it's already expected that you'll put in the work to be the best you can be at your craft, but it's absolutely integral that you put just as much work into building a strong network if you want your music to get heard.

When we think of networking, though, we often think of the financial costs involved. You have to pay to go to concerts to meet people. You have to pay to attend networking events like festivals and conferences. You have to pay to submit to influencers... the list goes on and on. There's certainly value in these kinds of networking activities, but for DIY musicians on a budget, you're probably not in a position yet to drop hundreds on a weekend-long conference. But fear not – there are several ways you can grow your network right now for the beautiful price of free.

1. Research before introducing yourself

Reaching out to people individually is the best way to simply put yourself out there and try to strike up a connection. If you never email a single influencer, can you really expect them to just find you out of the endless sea of other independent artists fighting for attention?

But it's important to do your research beforehand. Who are the people who are going to matter most to you? If you want a record deal, you could theoretically go find thousands upon thousands of email addresses of record label executives, but would that really be a good use of your time? Spend a while researching the people you want to connect with. It'll help you make a strong introduction, and it'll focus your network toward your goals, rather than just expand it for the sake of it.

Look up music industry meetup groups in your community – if you're not in NYC or LA, that doesn't mean there aren't big networking groups nearby. They're typically free to join, and consist of people like you who are looking to build up their industry contacts. Try to find a diverse group that includes not only musicians, but perhaps also promoters, booking agents, record shop owners, and so on.

If you have a hard time finding a meetup in your area, join one online! There are several Facebook and LinkedIn groups dedicated to musicians sharing job and gig opportunities, as well as sharing interesting articles and insights.

3. Do them a favor (without being asked)

Doing a favor for someone you'd like to connect with can go a long way – even a small one. Give a shout-out on Twitter to that local artist who just released a great new YouTube video. Click "going" on the Facebook event for that indie band coming to your town, and invite friends who you think would be interested in checking them out with you (and actually go to the show, of course!). Message the band to let them know you did so – but with genuine excitement, not acting like you did them a favor that should be returned. Be sure to introduce yourself before or after the show – they'll appreciate your efforts, and certainly remember you with a positive impression!

Supporting the networks you want to build is a great way to begin developing a relationship. For example, the popular music blog Kick Kick Snare sends an automated message when you submit your music to them. In that automated message, it asks you to please first make sure you support their site before asking to be supported by them. It also says, "Not only that, but engage with me! I see those hearts, shares, favorites. Because I do not cover Top 40 artists, the only way to grow here is to do so together. I take great pains to link through to your band's website, social networks, and to help you build a network of admirers. In return, I just ask that we ride or die this. Let's grow big and strong and popular together!" Showing your support won't cost you a cent, and you don't have to be in a major music city to do it. The same goes with artists you'd like to tour with, record labels you want to sign to, etc. Be a supporter.

We’ve gone over ways to reach out and why it's important to do so, but when you finally do it, make sure it's personal. Don't come up with an ambiguous experience you can apply to multiple contacts – make it specific to that person. If you're honest and sincere, influencers will recognize that in you and appreciate it.