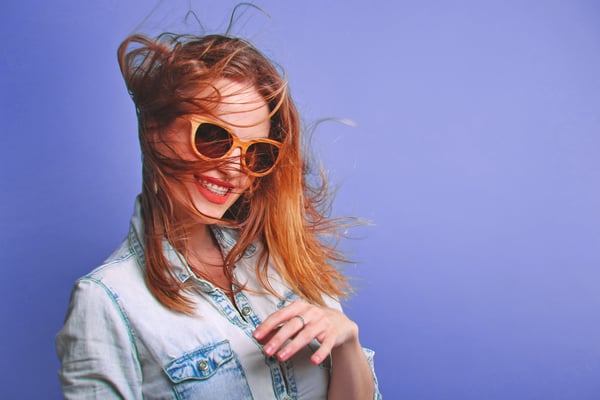 When things go seriously wrong for your band, overcoming discouragement is easier said than done. You'll wish you had a thicker skin, the setback may feel everlasting, and you might even be tempted to give up altogether. Stopping the runaway train of negative thoughts is difficult – but it's very much possible.

To help you keep things in perspective, we've compiled a list of seven upsets every band may potentially endure. That latter word is key; you will endure, you will make it through. Don't skip over the tips included here – they could be a boon to that effort.

Music listening is subjective and so is the criticism of it. No matter how reputable or revered a writer may be, his or her thoughts are in no way an end-all, be-all analysis of your work. Try to draw constructive tips from a negative review; consider them for the future, but don't let them tarnish your enthusiasm for what you've already done. Keep on pushing – and hold close the truth that your fans, not journalists, are really your most important critics.

[How to Make a Bad Review Work for You]

2. The band is breaking up

The aftermath of a band's complete dissolution can be doubly disappointing: Not only are you no longer making music together, but also your friendships could be at risk. That's a lot to grapple with, and getting through it may be difficult – but you will.

If you're struggling to maintain relationships with your now-former bandmates, try to remind everyone involved that, band issues aside, you still care about each other. It may take time, but salvaging those relationships is likely possible.

Creatively speaking, try mentally reframing the situation as an opportunity rather than a dead end. This is the finale of one specific collaboration – which allows plenty room for the next. A new project will come up, whether it's joining an existing one or teaming with other players on something new, or maybe it's finally time to work on that solo album you've been dreaming up. Give yourself some time to process the transition, but keep in mind always that you will eventually move into a fresh phase of music-making.

3. Your album is delayed

After months of lead-up with a fixed release date thoroughly promoted, you get word that nope, sorry, your vinyl isn't gonna ship in time. It's a frustrating scenario, and it can happen to any band.

As upset as you may be, though, your fans probably aren't as angry. Most will understand why their pre-orders are delayed or why the album release show has to be pushed back. When you update your followers about the issue, be transparent. The details will help people better understand that it's out of your hands.

In the meantime, consider this situation an opportunity to line up more press to promote the release. You could premiere another teaser single even, depending on how long the wait is. If you had an album-release show booked, think about going through with the date anyway. It could help you collect more pre-orders and set up another release show for later when physical copies are available.

4. Your show is canceled

Whatever the cause may be – terrible weather, bandmate illnesses, the venue double booked – if you're honest with your fans about what happened, they're more likely to be understanding. Close your explanation with a rescheduled date or a promise to announce one soon. It'll remind folks that it was the circumstances, not your commitment to your fans, that kept you from performing on the previously announced date.

5. Turnout is low at your show

This one's difficult, because while it's hard to look past what's literally happening, you're looking around at a mostly empty venue, realizing payment will be affected, and you're wondering what went wrong. The latter question can lead you down a rabbit hole of negativity – but it's actually where you should focus your energy.

It takes some personal resilience to analyze a misfire like this one. You might blame yourself, but that's not the point. Rather than get bogged down by possible missteps, launch a plan of action to better ensure a stronger turnout next time.

First, though, be present at the show in question. The people who did come out matter – they're fans who wanted to see a great set – and they deserve to be treated that way, despite your disappointment in the overall turnout.

6. Trolls and haters invade your posts

We've all seen a comments section overrun by hateful remarks – and we know those naysayers are mainly cowards who rely on internet anonymity to bash others to compensate for their own self-loathing. If you're ever victimized by these types, remember that truth. Delete their posts, block them if you can – whatever you do, don't feed the trolls. Brush them off, and move on; they don't deserve your energy.

[10 Effective Ways to Deal With Your Band's Haters]

Touring isn't easy, and the potential pitfalls you could experience only make it that much more difficult. The van breaks down, a booking agent fails to pay as promised, a string of shows are canceled, you can't afford a place to stay for the night and there's no generous hosts to be found – all of these things are possible, and sometimes they truly cannot be avoided.

Staying positive in these situations will go a long way. Giving in to negativity and wallowing makes it harder to find solutions, and the longer you're in the mire, the harder it can be climb out. Reach out to family or friends, call for help on social media – you might be surprised to find how kind folks can be when someone's in need.

To better ensure a smooth recovery when things turn sour financially, start collecting money for an emergency band fund well before your tour. It won't prevent all the problems you could encounter, because it'll certainly make dealing with many of them a bit less stressful.