Tips For Touring In The Winter (Hint: Don't) 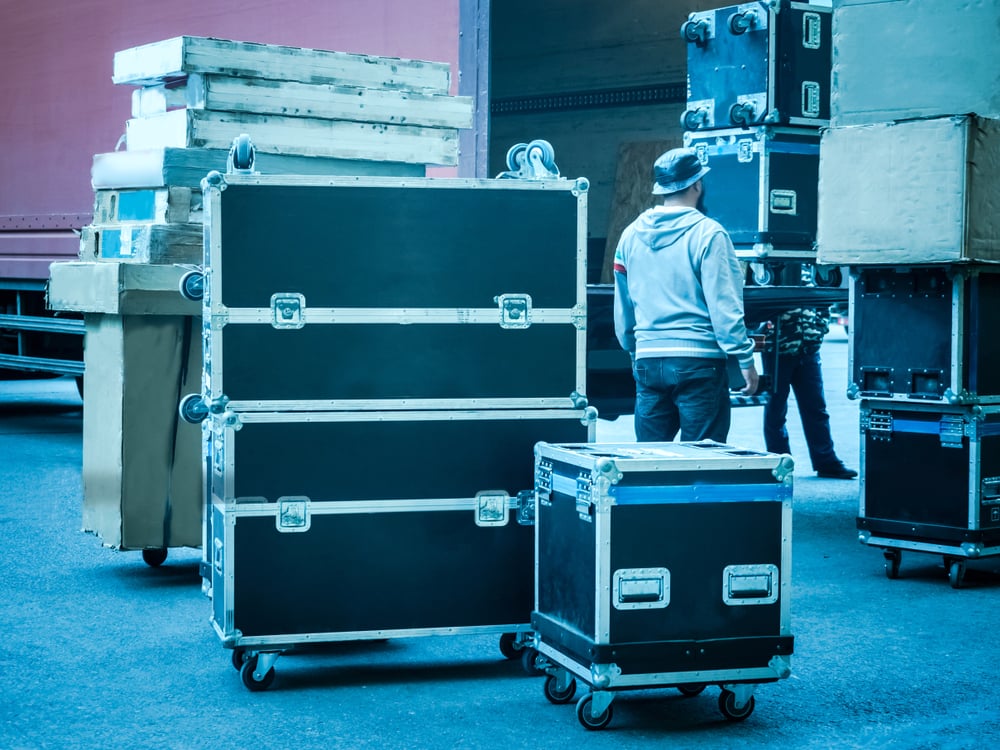 Here is my guide on how to tour in the winter: Don’t.

Kidding! I actually think that there is nothing wrong with touring in the winter. I’ve done a lot of tours in the winter and if you’re prepared I think it can be just as fun as touring in the summer. But that doesn’t mean there aren’t dangers (like sudden weather storms or fans just generally not wanting to leave the comfort of their blanket) that can derail your efforts!

I’ll outline some of the specific ways you should prepare for a winter tour here to make sure you’ll be all set to get out on the road and make some money this season.

1. Reach out to local bands early

While it will be easier to book venues because there are fewer bands touring in the winter, you should get a solid lay of the land from local bands first. Look up bills at venues you’d be interested in and reach out to the bands you see on Instagram and Facebook in that locality. Ask them if certain spots slow down in the winter and what to make sure to avoid when coming to town.

This is good advice regardless of when you tour, but in the winter there are more variables to consider and more reasons that could cause potential audiences to stay in.  Make sure that the bands you’re playing with are able to black out a few weeks before and after the show to make sure they have a good turn out. People need extra convincing to leave the house in the winter so make sure they can’t see the bands you’re playing with the next week somewhere else.

When planning your route, why not choose to go where the weather will be better?

If you have a reason not to, then skip this section, otherwise read on. All things equal, you should take every advantage to make touring easier for you. While playing shows in front of new fans in different cities can be exhilarating, everything in between can be exhausting. If your bandmates are taking off work to go on a tour that might not make you much money, let alone any, you should make sure you’ll at least have a good time.

Getting out of town and going somewhere nicer for a couple weeks can really lift everyone’s spirits. If you are going to dreary, wet, grey cities every day, day after day, it’ll take its toll on you and your band which can lead to fights and a sense of discomfort that can last well after the tour.

Protect yourself from bad vibes with practical planning.

[How to Book a DIY Tour Like a Pro]

Car troubles can be a knife to the heart for any tour and in the winter there are many more things that can go wrong. Here is a list of things to check to make sure you’re extra prepared. Do you need new tires?

To check if you need new tires, use the “Penny Test.” You do this by taking a penny and placing it in the tread groove of your tire. Place the penny with Abraham Lincoln’s head facing you, and stick the penny in the tread so that the top of Lincoln’s head is no longer visible. If his entire head is visible while in the groove, it’s time to replace your tires.

Will you need snow tires?

Call ahead to mechanics in the area and ask if they recommend you get snow tires for your trip. Look at your routes and check to see if you’re going to be going over any mountain passes or anywhere with high elevation. If you’re coming from a major metropolitan area, you’ve also got to realize that a lot of the roads you’ll be on won’t be cleared of snow nearly as often as they are in the cites.

If it gets cold enough out there, car batteries can die, leaving you stranded. Make sure you have a working battery in good condition and don’t forget to pack jumper cables.

Does your heater work?

You’ll be spending a lot of time in your car and it can be a miserable experience if you don’t have heat. Saving money is one thing, but riding around in a refrigerator on wheels and being perpetually miserable is not worth your time or talent.

Summary: Go to a mechanic and make sure your car is suited for traveling thousands of miles in winter.

4. Make sure you get paid

It’s not uncommon for a venue to cancel a show if the weather gets too bad for people to make it out or if they think it won’t be worth it for them to have a show because no one will come out. This can be upsetting for you, but is made worse by the fact that you probably won’t be paid. When negotiating your deal with the venue, I’d recommend trying to get a guarantee and make sure that you also negotiate what will happen if there is inclement weather.

[How to Make Sure Your Band Gets Paid for the Gig]

Touring in the winter is a lot like touring any other time during the year, but you just have to take a few extra steps to prepare. Make sure to be meticulous and take extra precautions when planning your route. Make sure there are multiple ways to get where you’re going in case of road closures. If you prepare and are smart you’ll probably be fine and have a blast.

And finally, remember to pack a sweater!