TODAY: Last Chance to Apply for Bonnaroo! Here's What Billboard Wants to Hear 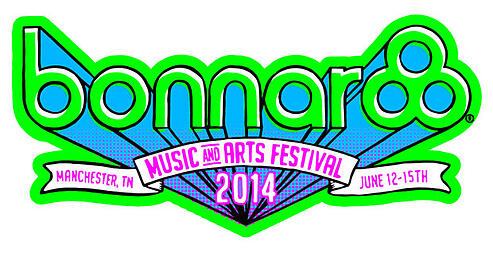 By now you’ve probably already heard the exciting news that Flaming Lips frontman Wayne Coyne and music industry institution Billboard are handpicking two Sonicbids bands to play Bonnaroo 2014. With perks like $1,000 in compensation, sharing a bill with legendary artists, and mass exposure, it’s truly the opportunity of a lifetime for an up-and-coming band.

The submission deadline is 11:59 PM EST tonight, April 25th, so as soon as you read up below on what Billboard editor M. Tye Comer is looking for, head on over to the application page and submit your EPK!

Even if you’re not selected, you’ll be automatically entered to win two VIP tickets to the festival – plus, all net proceeds will be donated directly to the nonprofit Bonnaroo Works Fund. So really, you’ve got nothing to lose and it’s all for a good cause.

Let's talk a little about Billboard's roll in the curation process of these two open slots. A lot of attention has already been placed on Wayne Coyne's participation, and he told us he's mostly looking for artists who'll surprise him and won't sound derivative. What will Billboard be looking to hear from applicants?

We will be looking for performers who have strong and unique musical voices, individual styles, and that special something that makes them stand out from the pack. With so many options at an event like Bonnaroo, the artist has to have the chops to capture the attention of the fans at the festival. We're looking for applicants who will do the same for us.

Why did Billboard decide to participate in this program, and what’s exciting about it?

It's exciting that we will be able to give a talented, up-and-coming artist a chance to be heard by the masses, and to give them the unparalleled experience that comes with playing an event like Bonnaroo, which has the power to really propel their careers. Playing Bonnaroo is a dream held by many rising artists – we're proud to have a part in making it come true for two of them.

In your opinion, why should artists apply for this opportunity? What is the benefit of playing a festival the scale of Bonnaroo for a musician who is young in the industry?

Not only does playing a festival like Bonnaroo expose artists to thousands of potential new fans, it also provides them with the experience of performing alongside more established acts, and to see what life in the big leagues could be like. I think the bands that get chosen will find themselves inspired and invigorated when they take the stage, and it's an experience that will hopefully propel them to strive for even bigger and better things in the future.